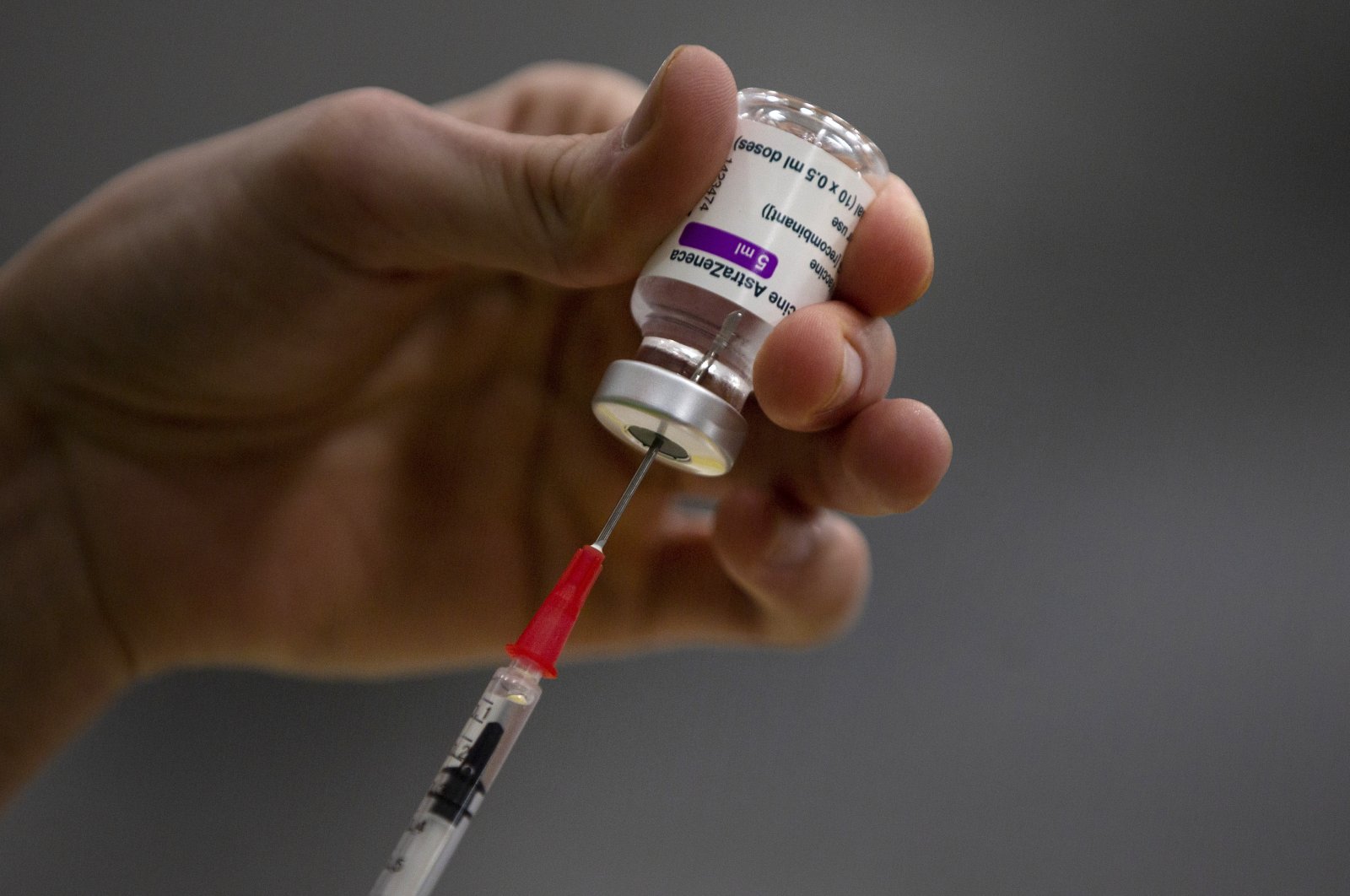 A pharmacist prepares a syringe from a vial of AstraZeneca's COVID-19 vaccine during preparations at the Vaccine Village in Antwerp, Belgium, Feb. 19, 2021. (AP Photo)
by ASSOCIATED PRESS Mar 05, 2021 5:42 pm
RECOMMENDED

Europe's vaccine solidarity got a shot in the arm on Friday as France rallied to support Italy, saying it could follow suit in blocking exports of COVID-19 vaccines outside the European Union if necessary to enforce its own contracts with drug manufacturers.

The EU defended the Italian authorities' decision to stop a large shipment of doses destined for Australia as part of a long-standing feud with drug manufacturer AstraZeneca, and Germany.

The EU's executive commission said the decision was not targeting Australia but had been taken to ensure that AstraZeneca delivers the number of doses it committed to dispatching to EU countries. "The fact is that the European Union is a major exporter of vaccine doses," European Commission chief spokesperson Eric Mamer said on Friday.

Faced with a shortage of doses during the early stages of the vaccine campaign that started in late December, the EU announced the export control system for COVID-19 vaccines in late January, in a bid to force companies to respect their contractual obligations to the bloc first.

Since the mechanism entered into force on Jan. 30, the commission said that 174 authorizations of vaccine exports to 30 different countries outside the EU have been approved.

However, the EU has been particularly upset by AstraZeneca because the company is delivering far fewer doses to the bloc than it had promised. Of the initial order for 80 million doses to the EU in the first quarter this year, the company will be struggling to deliver half that quantity.

"We believe that this vaccine is an important element of our portfolio and we, therefore, are expecting the delivery of the agreed doses,” Mamer said. "We are working with the companies in order to ensure that they deliver the doses that are foreseen for the European Union. For all those companies that are doing that, there is no problem with exports," Mamer told The Associated Press (AP).

As serum supplies remain scarce in the 27-nation region amid delays in deliveries and production issues, European countries have shown signs of divisions recently, with several countries expressing their frustration over the slow rollout of doses and looking for an extra supply of vaccines outside of the joint procurement set up by the EU.

Meanwhile, Italy's decision to block the shipment of more than 250,000 AstraZeneca doses destined for Australia closed ranks between member states. French Health Minister Olivier Veran said he "understood” the Italian government's decision and indicated France "could do the same."

"Believe me, the more doses I have, the happier I am as health minister," Veran said in an interview with BFMTV channel, adding that France and its European partners are determined to have their contracts with drugmakers enforced.

Highlighting the role of the EU in the research, development and production of vaccines, the German government also justified the export restriction.

"In general, vaccine exports aren’t stopped as long as the contracts with the EU are abided by," German government spokesperson Steffen Seibert said. "A lot of vaccines go from the EU to third countries, while nothing or almost nothing is exported from the United States and Great Britain."

The EU thought it had made excellent preparations for the rollout of vaccines to its 450 million people. It has signed deals for six different vaccines. In total, it has ordered up to 400 million doses of the AstraZeneca vaccine and sealed agreements with other companies for more than 2 billion shots.

However, only 33 million doses have been given so far, and only 11 million Europeans have been fully vaccinated. Despite the current difficulties, the EU’s goal remains to vaccinate 70% of the adult population in the bloc by the end of summer.

The Italian government's move marked the first use of the export control system. It frustrated the Australian government, which is seeking assurances from the EU's executive arm that future shipments of vaccines will not be blocked, "The world is in uncharted territory at present; it’s unsurprising that some countries would tear up the rule book," Australian Finance Minister Simon Birmingham told Sky News Australia on Friday.

Birmingham acknowledged, however, that Australia received 300,000 doses of the AstraZeneca vaccine last week, and "that will see our current distribution plan work."

Australia’s immunization program began last month, and the government expects the vaccine will be made available to anyone who wants it by October.

The country has secured 53.8 million doses of the vaccine made by AstraZeneca and Oxford University, 50 million of which will be made in Australia in a partnership with Melbourne-based biopharmaceutical company CSL.