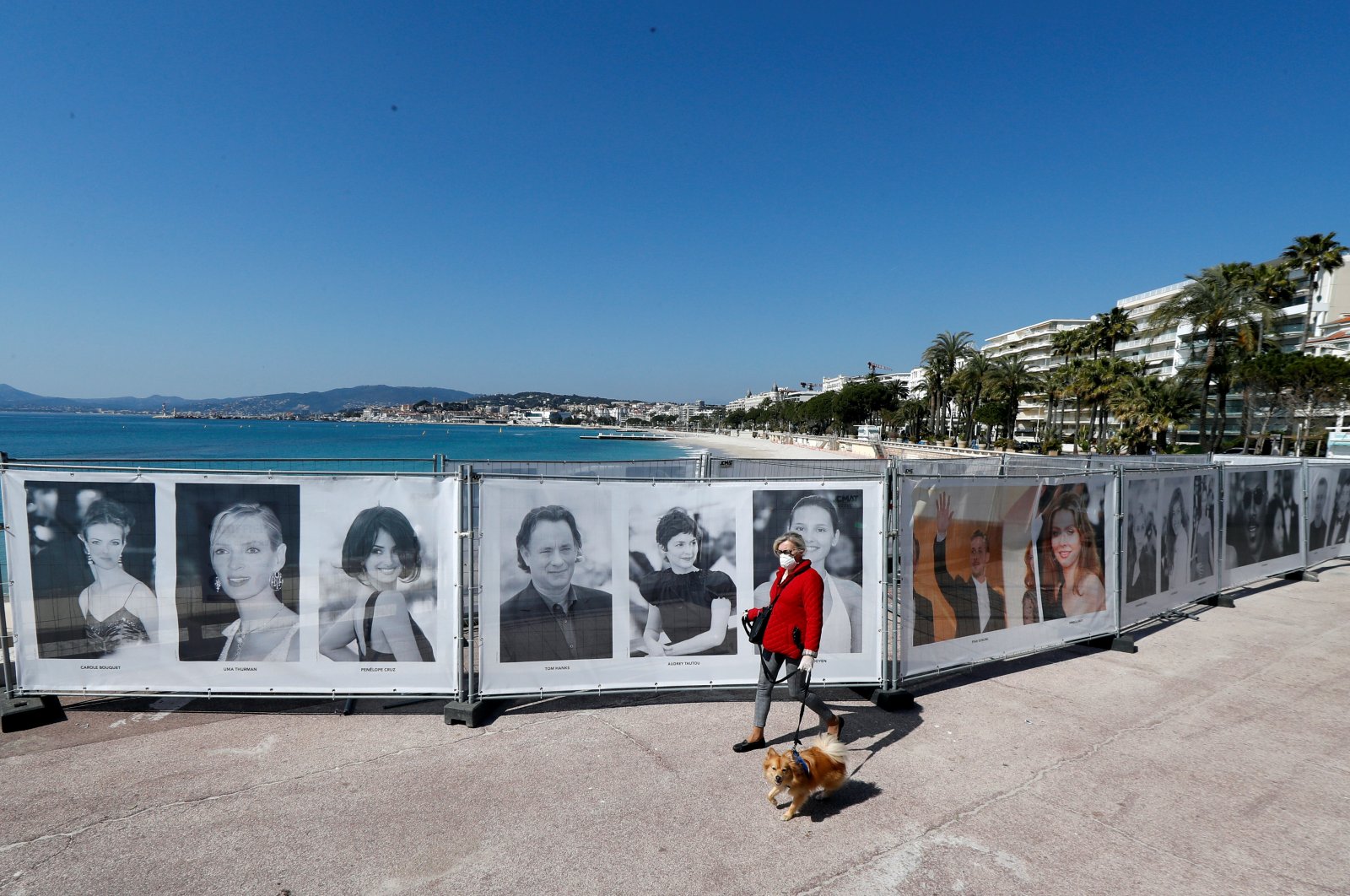 A woman walks past photos of the Cannes Film festival on the Croisette in Cannes as a lockdown is imposed to slow the rate of the coronavirus disease (COVID-19) in France, March 18, 2020. (Reuters Photo)
by REUTERS Apr 14, 2020 8:39 pm

France officially registered more than 15,000 deaths from coronavirus infections on Tuesday, becoming the fourth country to go beyond that threshold after Italy, Spain and the United States, with a fatality rate slightly up after steadying days before.

However, the number of people in intensive care units fell to 6,730 from 6,821 over 24 hours, with this total declining for a sixth consecutive day, suggesting the national lockdown, extended to May 11 on Monday, is having positive effects in containing the disease.

During a news conference Jerome Salomon, head of the public health authority, said the number of people who died from the disease in French hospitals and nursing homes had risen by 5% in a day to a cumulative total of 15,729, versus 4% on Monday and Sunday.

The country extended its nationwide lockdown on Monday for another month in a bid to halt the country's coronavirus pandemic, as other hard-hit countries consider easing measures anticipating that death rates may soon plateau.

More than half of humanity is now under confinement as part of measures to contain the virus, which has killed more than 117,000 people and infected nearly 1.9 million since it emerged from China late last year. The highest rate of fatalities has struck Europe, but the United States has also been hard hit – particularly New York state where more than 10,000 have died, close to half of all fatalities in the country.