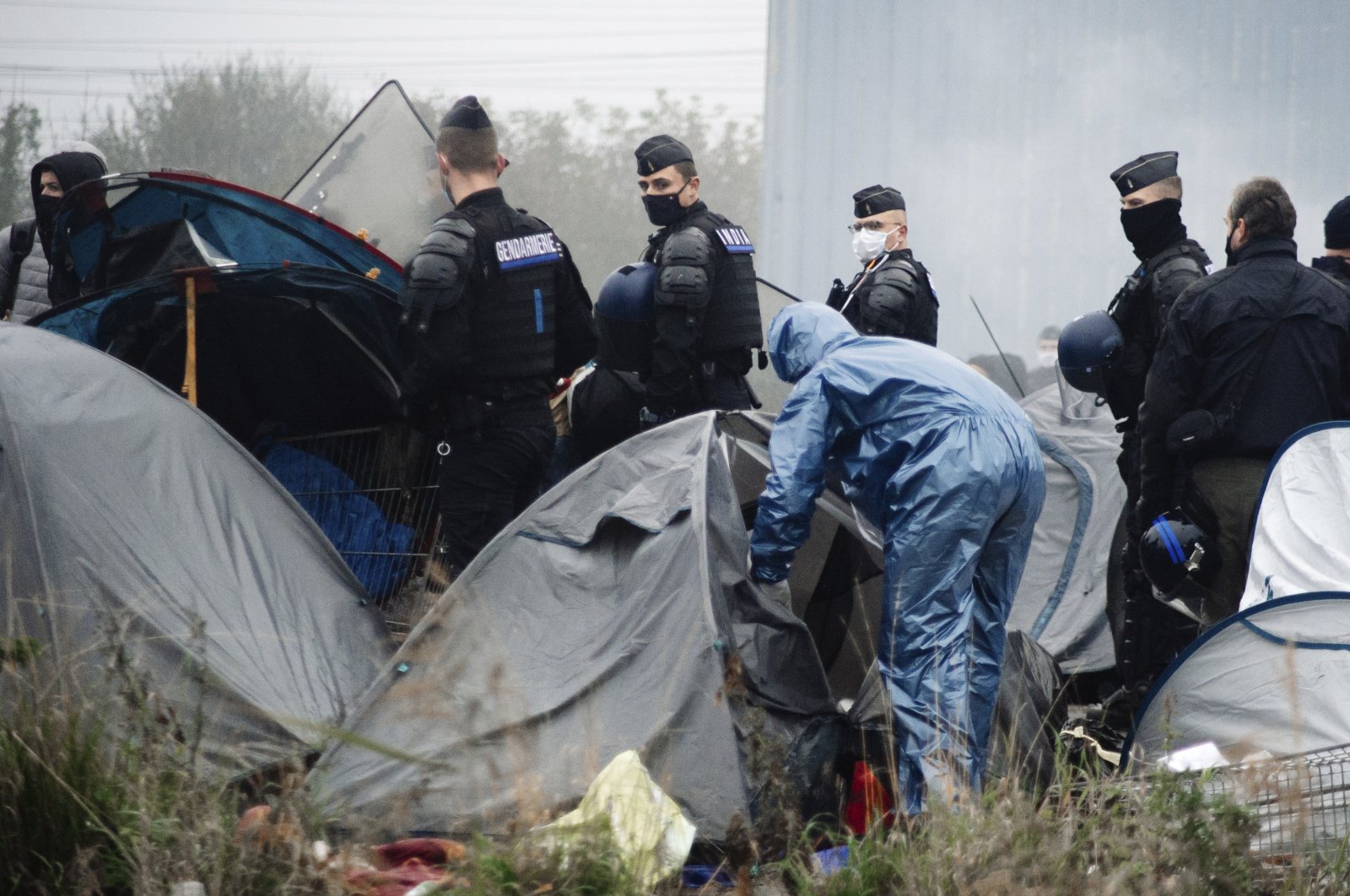 French police on Tuesday cleared at least 1,500 migrants from a makeshift camp on the English Channel before they could attempt to make the illegal – and dangerous – crossing to Britain.

Migrants, including some families with young children, could be seen packing their few belongings as police were encircling the camp early Tuesday morning, on the site of a former industrial complex in Grande-Synthe, east of Dunkirk. Several buses were lined up near the camp.

French Interior Minister Gerald Darmanin said he had ordered the entire camp to be evacuated. British Home Secretary Priti Patel said she spoke on the phone with the French interior minister on Monday evening and discussed the issue of migrants trying to cross the channel on small boats. Patel tweeted that "we discussed a range of additional steps to tackle the problem and reiterated the importance of working together to make this deadly route unviable.”

"We are going to continue our operational cooperation and step up our common action against smugglers' networks,” Darmanin tweeted, according to The Associated Press (AP).

Darmanin also said that police dismantled a network of smugglers in the Dunkirk region, leading to 13 people being detained. According to Darmanin, 1,308 people suspected of being smugglers have been arrested since the beginning of the year.

"These smugglers are criminals who exploit human misery and are responsible for illegal immigration," the minister wrote on Twitter.

Aid group Utopia 56 said the evacuation of several camps in the region have been organized in the past month with no adapted response to take care of migrants. The group stressed that the state had set up no food distribution and provided no toilet and shower facilities in the camps.

Local authorities have warned of dire sanitary conditions and overcrowding in the area, risks associated with the fast-approaching winter and deepening tensions between migrants and traffickers that often turn violent. Most are trying to cross the English Channel in small inflatable boats, because police have made it harder to sneak onto trucks and ferries.

With its ports and tunnel to cross the English Channel, northern France has always been a magnet for people seeking to cross to Britain, fueled by traffickers’ promises of a better life there. The crossings are a source of friction between the U.K. and France, with British officials saying France should do more to stop boats leaving. France, meanwhile, says Britain should do more to help French authorities manage the migrants and stop traffickers.

More than 23,000 people have reached the U.K. in small boats across the English Channel this year, including 1,185 on Thursday, a record for a single day. In addition, thousands more were rescued at sea by French maritime authorities.

Earlier on Monday, Darmanin urged Downing Street to stop "giving lessons" on migrants ahead of talks seeking to ease an increasingly acrimonious row between London and Paris over the numbers crossing the channel.

"Britain is in no position to be giving lessons to us," Darmanin told Cnews television, adding that London "should stop using us as a punch-ball in their domestic politics."

The tensions have added to a litany of post-Brexit strains between two countries that also include a dispute over fishing rights that has threatened to spill over into a full-blown trade war.

Prime Minister Boris Johnson's spokesperson told reporters that the talks were aimed at addressing the "unexpected" rise in numbers crossing the channel.

"It is clear that we need to keep working with our French counterparts to do more to prevent these crossings, which are putting lives at risk," the spokesperson said, according to Agence France-Presse (AFP).

In July, Britain agreed to give an additional 62.7 million euros ($73.8 million) to France for border security, adding to the hundreds of millions provided over the last 15 years to boost security around Calais and other ports. Johnson's spokesperson insisted that cooperation was the only way forward.

"We continue to see France as a close ally of the UK. We do want to work constructively to resolve this issue," the spokesperson said.