France coronavirus death toll surges to over 18,600 as homeless suffer in Paris 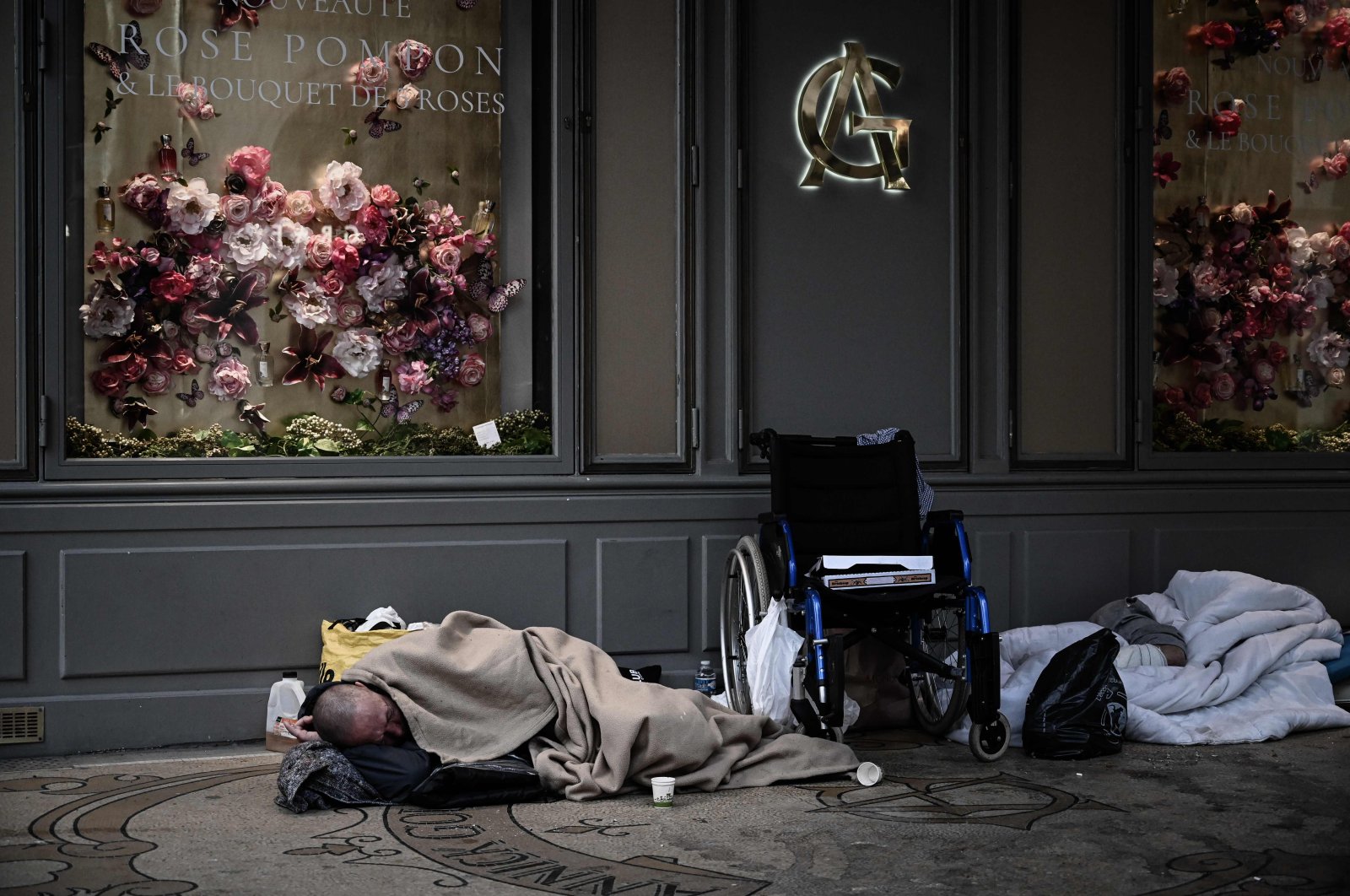 A homeless person sleeps in front of closed shops in Paris on April 17, 2020, on the 32nd day of a strict lockdown in France aimed at curbing the spread of the COVID-19 pandemic caused by the novel coronavirus. (AFP Photo)
by REUTERS Apr 17, 2020 8:49 pm
RECOMMENDED

France registered 761 more deaths from coronavirus infections Friday, bringing the total to 18,681, the fourth-highest tally in the world, but the number of people in hospital has declined for the third day running.

Nevertheless, the homeless people in the capital continue to suffer from the risk of being infected as they have to live in the wide-open, and also from the dire atmosphere, the COVID-19 pandemic continues to create.

In a sign that the lockdown put in place a month ago is working, Jerome Salomon, head of the public health authority, said the total of people in intensive care units (ICU) fell for the ninth day in a row, at 6,027, a low point since April 1.

At 18,681 the number of fatalities is up 4,2% over 24 hours, with the rate of increase decelerating for the second day running.

Less money but more attention for the homeless of Paris

While most of France's 67 million people are staying in their homes, the homeless are also trying to respect the rules.

Homeless people in Paris are increasingly relying on charities for food, clothing and daily necessities as the city's empty streets during the coronavirus lockdown have meant less alms for those in need.

"They (the homeless) are confined to their cardboard boxes, in their corner. They respect, well, the ones we know, they respect the confinement in their own way," Celine Mendak at the Goelette charity group told Reuters.

The French capital has more than 3,600 homeless people.

Since the start of the lockdown a month ago, Goelette's workers have been collecting food almost daily, loading up trolley bags and then walking through the city center.

They stop to chat with some of the homeless camping out on the sides of boulevards and offer them necessities.

Erwan, a homeless man who only gave his first name, told Reuters that even though the money he received on the streets had halved during the lockdown, he enjoyed the conversations with Parisians.

"I've seen people on the street who ignored me and look down their noses, and since the lockdown, they stop to talk to me and so, it's really nice," he said.

France has extended its coronavirus lockdown until May 11.