France descends into chaos as protesters rally against police brutality 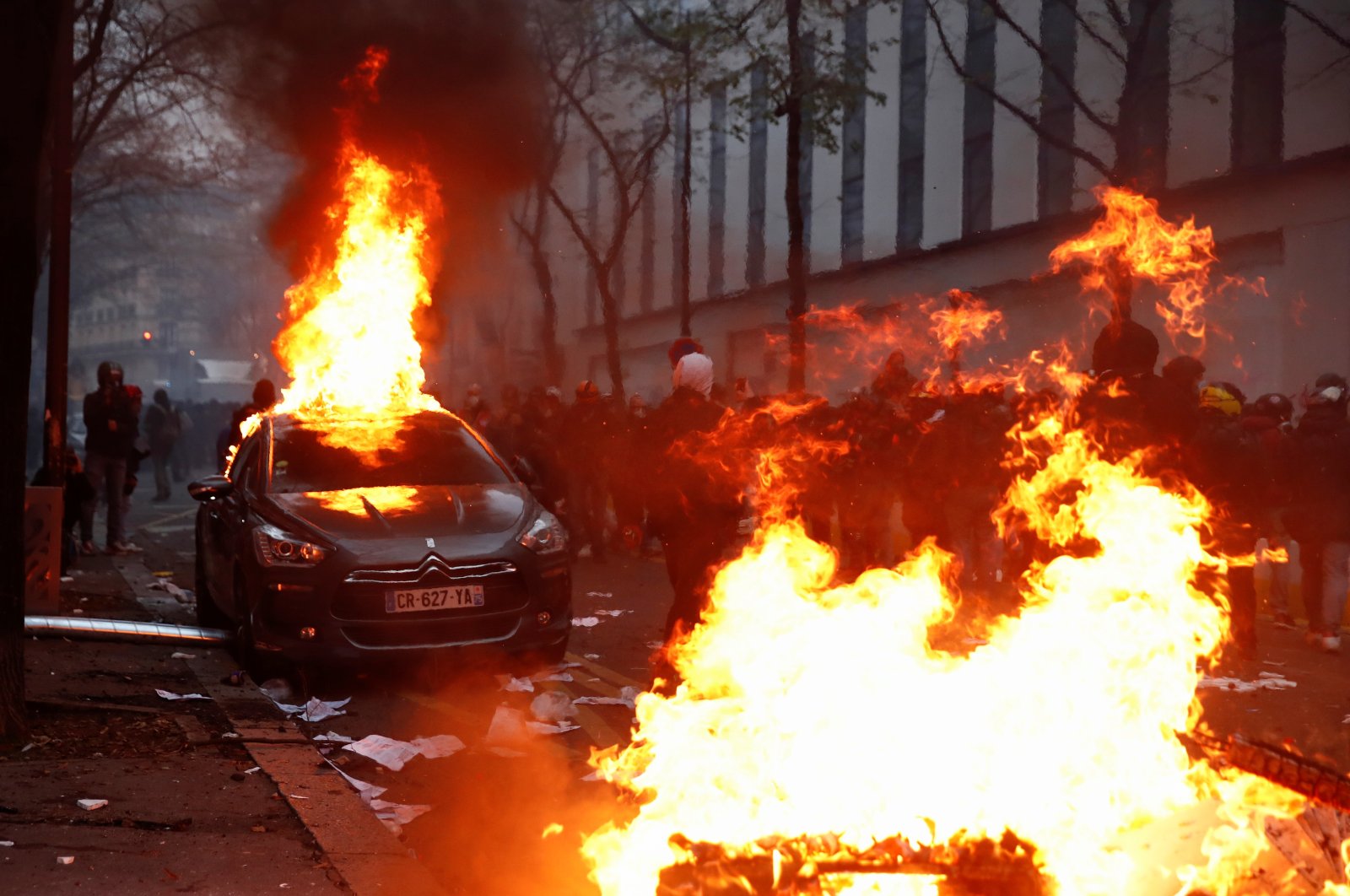 Violence erupted in Paris on Saturday for the second consecutive weekend at a mass protest against a new security law, with demonstrators clashing with police, vehicles set alight and shop windows smashed.

Police arrested 95 people during protests across France against a planned security law, and 67 officers were injured during the demonstrations, Interior Minister Gerard Darmanin said Sunday, as reported by Agence France-Presse (AFP). In Paris, the site of the worst violence, 48 police officers or gendarmerie were injured during Saturday's street clashes, the interior ministry said on Twitter. A firefighter was also injured in the capital after being hit by a projectile, a police source said. Paris police held 25 people, including two minors, said the prosecutors' office. Protesters also took to the streets in other French cities, including Bordeaux, Lille, Lyon and Toulouse. No violence was reported in those cities.

Dozens of hooded protesters launched projectiles at riot police, smashed up shop windows, torched cars and burned barricades during a demonstration in the French capital on Saturday against police violence. The police fired back volleys of tear gas. Thousands of people had begun marching peacefully in Paris when the clashes erupted between police and pockets of protesters, most dressed in black and their faces covered. Some used hammers to break up paving stones. Windows of a supermarket, property agency and bank were broken while several cars burst into flames along Avenue Gambetta as demonstrators marched toward the central Place de la Republique, AFP reporters said.

The protesters were denouncing police brutality and President Emmanuel Macron's security policy plans which the demonstrators say would restrict civil liberties. They waved banners that read "France, land of police rights" and "Withdrawal of the security law."

France has been hit by a wave of street protests after the government introduced a security bill in parliament that set out to increase its surveillance tools and restrict rights on circulating images of police officers in the media and online.

The bill was part of Macron's drive to get tougher on law and order ahead of elections in 2022. His government also said the police needed to be better protected from online hate. But the draft legislation provoked a public backlash. Activists demand this passage be deleted completely. Macron announced on Friday that he would set up an online platform at the beginning of next year on which people can report discrimination, for example, by the police.

The beating and racial abuse of a black man, music producer Michel Zecler, by several police officers in late November intensified anger. That incident came to light after closed-circuit television and mobile phone footage circulated online. In a U-turn earlier this week, Macron's ruling party said it would rewrite the article that curbs rights to circulate images of police officers. But many opponents say that is not enough.

The question of police violence in France has entered the mainstream since the yellow vest protests. The French government has been confronted with a stream of shocking social media videos that showed excessive use of force by police against protesters.

In the wake of George Floyd's death at the hands of American police and the global protests it unleashed, the French government has been under growing pressure to address long-running accusations of excessive violence by police, particularly against minorities.