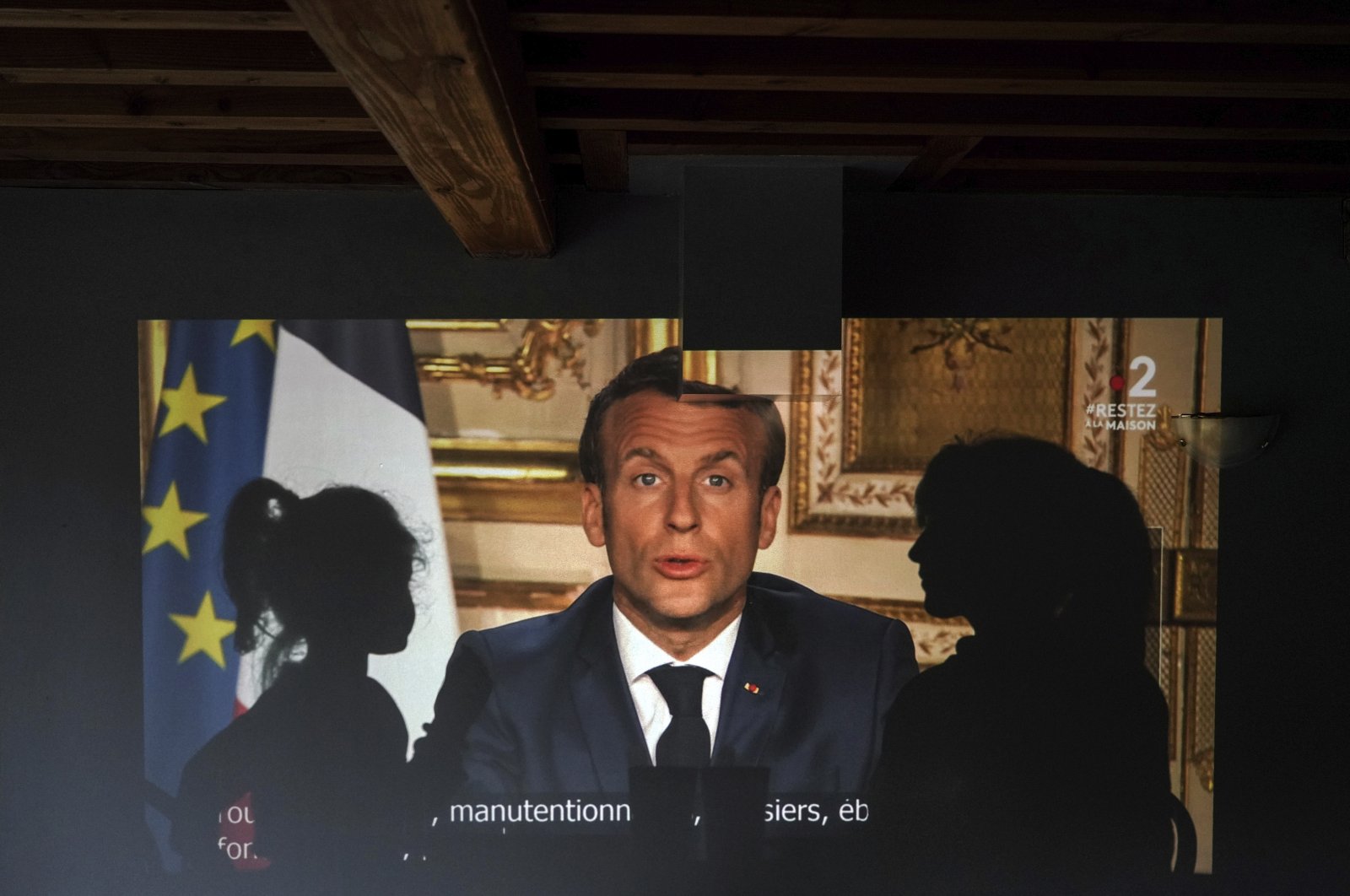 France extended its nationwide lockdown on Monday for another month in a bid to halt the country's coronavirus pandemic, as other hard-hit countries consider easing measures anticipating that death rates may soon plateau.

More than half of humanity is now under confinement as part of measures to contain the virus, which has killed more than 117,000 people and infected nearly 1.9 million since it emerged from China late last year. The highest rate of fatalities has struck Europe, but the United States has also been hard hit – particularly New York state where more than 10,000 have died, close to half of all fatalities in the country.

Governments around the world are under pressure to save their economies from total collapse as a result of the mass shutdown of businesses and confinement of the public indoors, but officials are also trying to avoid a deadly second wave of the disease. While New York's governor said the peak had passed on Monday, Spain started to ease lockdown orders and Austria prepared for the reopening of a number of stores the same day

But France has not followed suit, extending a lockdown in place from March 17 until May 11, after which schools and businesses are set to gradually reopen. President Emmanuel Macron said the epidemic was "beginning to steady... (and) hope is returning," speaking in a televised address to the nation.

"May 11 will mark the start of a new phase. It will be progressive and the rules can be adapted according to our results," he added.

France reported a slight increase in hospital deaths on Monday – though still below its record numbers of last week – and a slight dip in intensive care patients for a fifth day running. The announcement came as the World Health Organization said lifting curbs too soon could unleash a second wave of cases and warned that only a vaccine would fully halt the spread of the COVID-19 disease.

While giving France a concrete date for a possible ending of strict confinement, Macron acknowledged that the country had not been prepared for a crisis that has killed nearly 15,000 people in the country.

"The strict confinement must continue until Monday, May 11," Macron said in a TV address, adding that it could then be eased "if we continue to be good citizens, responsible and respect the rules, and if the spread of the virus has indeed continued to slow."

The lockdown has confined the French to their homes since March 17 with only brief trips allowed outside for shopping and other essential errands.

The epidemic is "beginning to steady... hope is returning," he said, acknowledging France was "obviously not sufficiently prepared" when its first cases were reported last February.

"We lacked gowns, gloves, gel and we were not able to hand out as many masks as we would have liked," he said.

Schools and daycare centers could gradually reopen, as well as some businesses, he said. But cafes, restaurants and other places with large public gatherings will remain shut and universities are unlikely to resume any classes or testing until the summer, he added. Older and vulnerable people will have to continue to stay home, with the government providing face masks to others when they venture outside.

"For the most exposed workers and in certain situations such as public transport, their use could become systematic," Macron said.

Testing capacities will be ramped up as well so that anyone showing symptoms can be diagnosed, with those testing positive placed in quarantine – a measure doctors have urged as a key method for containing the outbreak. The government will also work on developing an app for phones that could identify people who had come into contact with an infected person.

France's daily death rate was once again below its peak level on Monday – 574 new deaths from COVID-19 for a total of 14,967 since the outbreak began. The number of people in intensive care fell for the fifth day in a row, with 24 fewer people, leaving 6,821 in a serious condition.

"We will have better days," Macron said, adding: "The virtues allowing us to hold out today are the ones that will help us build our future: our solidarity, our confidence, and our will."

A study by France's INSERM health research institute and others published Sunday warned that lifting the confinement rules too soon could spur a "crushing second wave."

Critics say Macron and his government have muddled their coronavirus messages, in particular by initially claiming that widespread use of face masks was not necessary, only to say weeks later that people should be wearing them in public.

But in some hotspots, there were slivers of hope that regular life may soon resume. New York Governor Andrew Cuomo declared that the "worst is over" in the state, saying he was working on a plan to gradually reopen the economy.

"I believe we can now start on the path to normalcy," he said.

The impact on New York has been brutal, with unclaimed victims buried in unmarked mass graves and makeshift morgues set up for the dead.

U.S. President Donald Trump has repeatedly said he wants to end the restrictions in place across much of the country as soon as possible to revive the hammered American economy.

European governments were also keen to get their economies moving again. In Spain, where more than 17,00 have died, construction and factory workers were allowed back on the job on Monday and police handed out face masks at train stations to commuters.

Austria said it would reopen small shops and hardware and gardening stores on Tuesday following a one-month lockdown, with coronavirus infections stabilizing.

Italy will reopen some book shops and laundries on a trial basis on Tuesday, although it has officially extended its national lockdown until May 3. Italy is the second worst-hit country after the U.S. and its death toll topped 20,000 on Monday – however, the number of critically ill patients dropped for the 10th successive day.

Meanwhile, German scientists recommended a gradual lifting of restrictions later this week with the rate of new infections falling and a death toll that remains far below other major European nations.

But the World Health Organization warned that even the most careful easing of lockdowns was no substitute for a vaccine – a process that is likely to take at least a year.

"Ultimately, the development and delivery of a safe and effective vaccine will be needed to fully interrupt transmission," WHO chief Tedros Adhanom Ghebreyesus told a virtual briefing from Geneva.

He added that the coronavirus was 10 times deadlier than the 2009-10 swine flu outbreak.

Similar warnings will weigh heavily on decisions being made in other countries.

In Britain, Foreign Secretary Dominic Raab warned that the country's three-week lockdown would not be lifted this week as the virus had not yet peaked. Raab is standing in for Prime Minister Boris Johnson, who was released from hospital Sunday after being treated for coronavirus, thanking doctors who he said saved his life.

Britain recorded 717 deaths on Monday, a slight drop from the day before, taking the toll to over 11,000.

In China, officials reported 108 new symptomatic cases Monday, the highest number of confirmed infections in a single day in over a month. Imported cases accounted for most of the total, officials said.

Russia reported its highest daily rise in cases so far, as the capital Moscow began to issue digital travel permits.

Meanwhile, in India, key industries warned of social unrest unless Prime Minister Narendra Modi made concessions when announcing any extension Tuesday to a three-week lockdown of the country's 1.3 billion people.