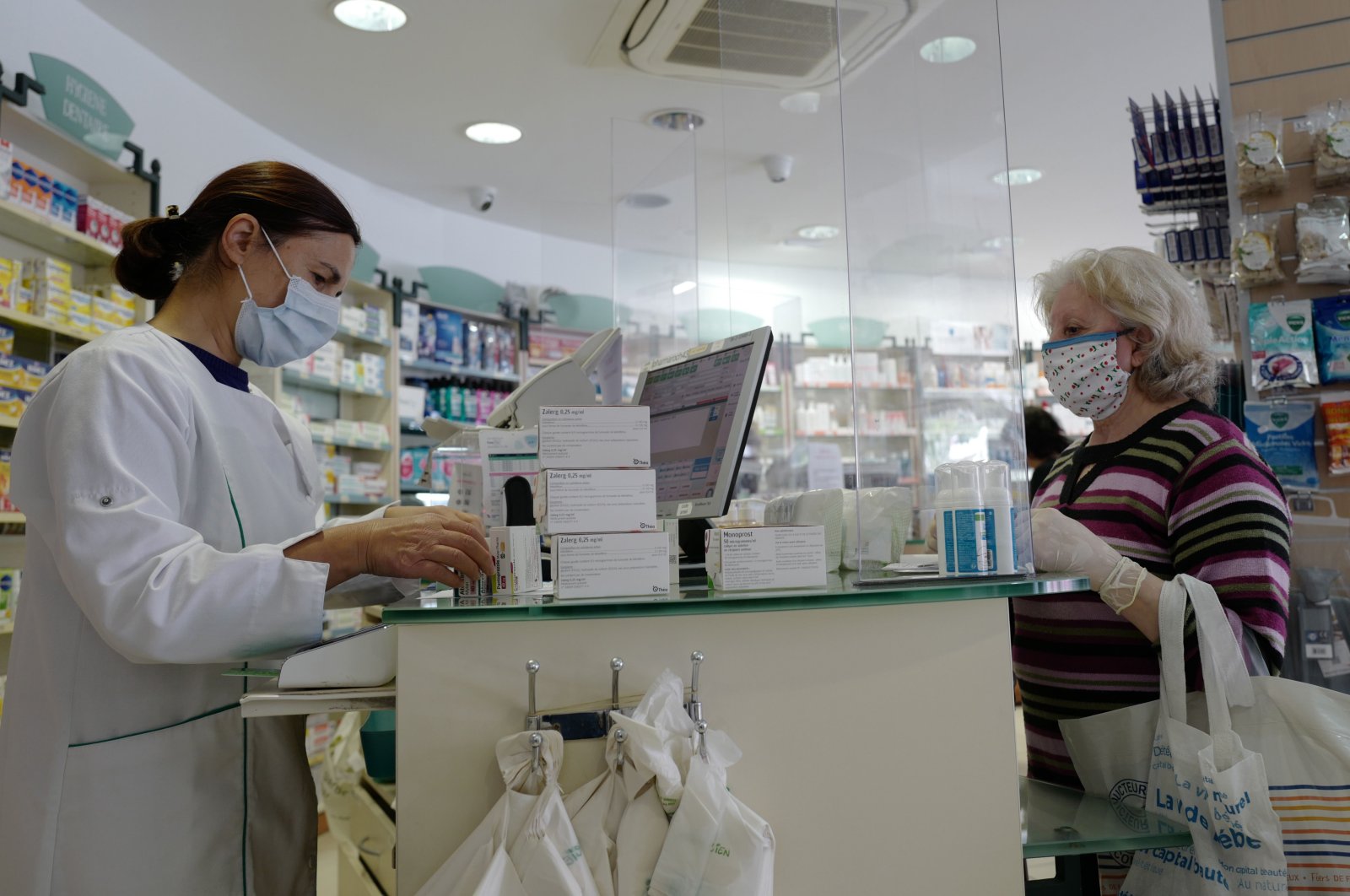 A Pharmacist serves a customer from behind newly installed see-through protective screens in the Mediterranean city of Nice, southern France, on May 2, 2020, the 47th day of a lockdown across France (AFP Photo)
by French Press Agency - AFP May 02, 2020 6:32 pm
RECOMMENDED

France is set to extend a health emergency imposed to fight the new coronavirus for another two months until July 24, Health Minister Olivier Veran said on Saturday.

A draft law says a lifting this month of the emergency, which began on March 24, would be premature and carry the risk of an intensifying outbreak.

"We are going to have to perform a long-distance run," Veran said, adding he was aware that the French people had already been asked for "colossal efforts" in the fight against the virus.

The new emergency bill also lays out the quarantine conditions for people coming to France from abroad.

"We are going to have to live with the virus for a while," Interior Minister Christophe Castaner said after a cabinet meeting.

"Learning to live with the virus, that's what's at stake in the coming months."

The proposals cover an "information system" for those have the virus and their entourage that would operate for up to a year.

The bill will go before the Senate on Monday and the National Assembly most probably the day after, said government spokeswoman Sibeth Ndiaye. It is expected to become law by the end of the week.

France is one of the European countries most impacted by the virus and lists 24,594 deaths from 167,346 confirmed cases.

The government has announced the gradual lifting of some lockdown measures from May 11, including the re-opening of primary schools.

Many shops will also reopen, while remote-working staff will be able to return to offices as France battles the economic impact of the coronavirus that has already pushed the country into recession.

In the latest example of the losses involved, the chairman of the national rail operator SNCF said Saturday that his company had already lost two billion euros ($2.2 billion) during the crisis, and would probably apply for state aid and cut staff numbers.