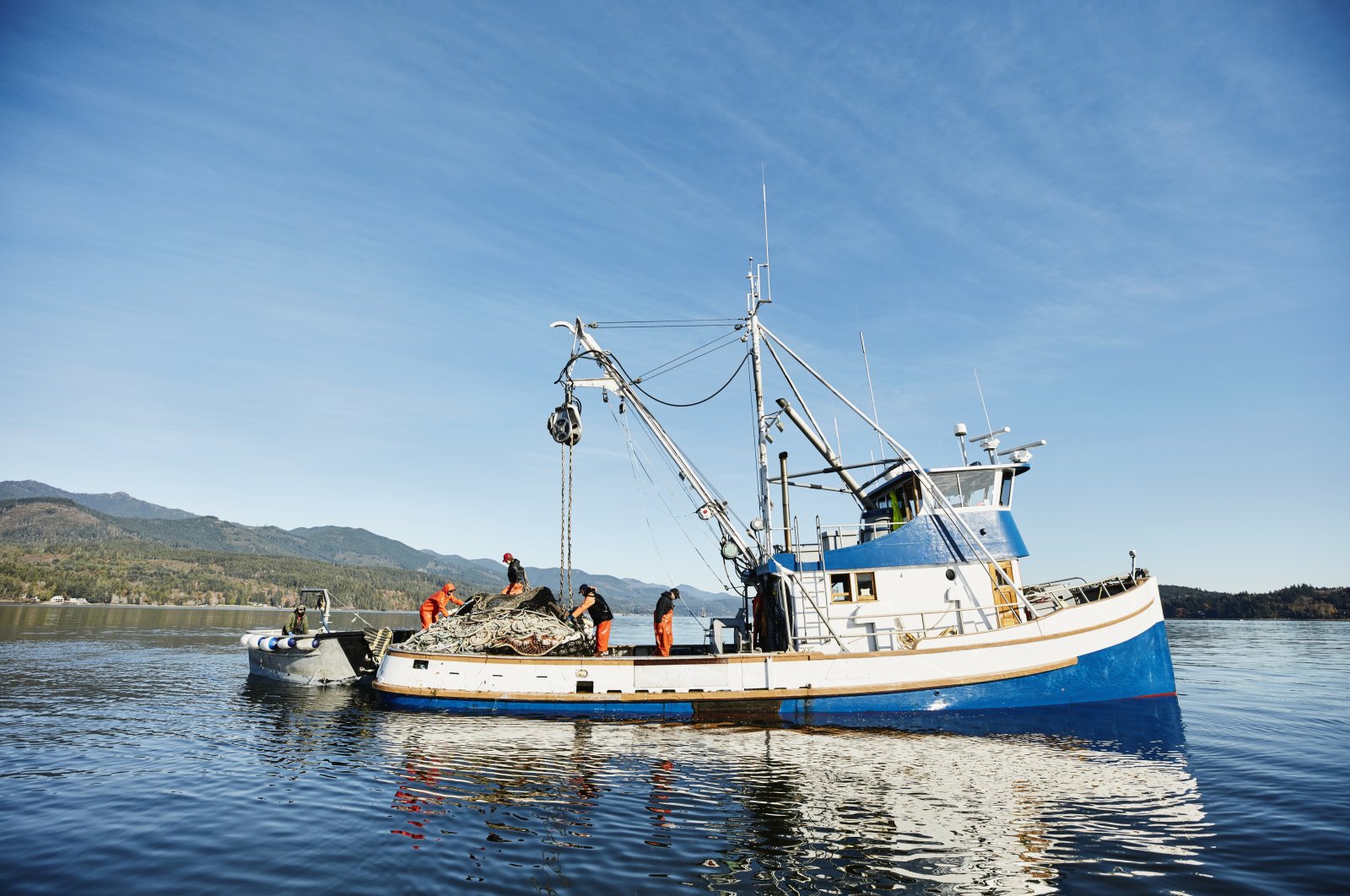 French authorities fined two British fishing vessels and "immobilized” one of them overnight in a port, France’s maritime minister announced Thursday as a dispute over fishing licenses between the countries on both sides of the English Channel intensified.

The French Sea Ministry said in a statement that the fines resulted from new boat checks that are "part of the tightening of controls in the Channel, in the context of discussions on licenses with the United Kingdom and the European Commission.”

"We are reinforcing the checks,” Minister of the Sea Annick Girardin told French radio network RTL. "One (vessel) was fined for refusing to let the check take place, and the other one didn’t have the right to fish in the zone because it didn’t have a license.”

France announced Wednesday that it would bar British fishing boats from some French ports starting next week if no deal is reached with the U.K. in a dispute over fishing licenses. It also suggested it might restrict energy supplies to the Channel Islands, British Crown dependencies that lie off the coast of France.

The U.K. said the threat appeared to breach international law and vowed to retaliate if Paris went through with the move.

"France’s threats are disappointing and disproportionate, and not what we would expect from a close ally and partner,” the U.K. said. It said the measures "do not appear to be compatible” with the U.K.-EU Brexit withdrawal agreement "and wider international law, and, if carried through, will be met with an appropriate and calibrated response.”

Since the U.K. left the economic orbit of the European Union at the start of the year, relations between London and Paris have become increasingly frayed. France vehemently protested the decision last month by the U.K. and the Channel Island of Jersey to refuse dozens of French fishing boats licenses to operate in their territorial waters.

France says the restrictions are contrary to the post-Brexit agreement that the British government signed when it left the EU. After weeks of negotiations, British authorities have issued more fishing licenses but the number still only accounts for 50% of what France believes it "is entitled to,” French government spokesperson Gabriel Attal said Wednesday.

The French ministers for Europe and for maritime affairs said in a joint statement Wednesday that if no agreement is reached by Nov. 2, France will bar British fishing boats from designated ports and tighten customs, security and other controls on any British boats and trucks traveling between France and Britain. France said it also "doesn’t exclude” measures in the coming weeks that would target energy supplies to Britain, the statement said.

Attal specified that meant the Channel Islands, which are closer to French shores than British ones and rely heavily on electricity supplied by the French grid.

"We have worked with the British, we gave them all the requested data, documents, information to back these (license) requests,” Attal said. "Our patience has reached its limits today.”

Britain says it has granted 98% of fishing license applications from European vessels, but there is a dispute over 31 vessels that the U.K. says did not supply evidence to support their applications.

Jersey, which is only 14 miles (22 kilometers) off the French coast, is a British Crown dependency outside of the U.K. As such, it has its own powers over who is allowed to fish in its territorial waters. It has granted licenses based on its interpretation of the U.K.-EU trade deal, and has accused France of acting disproportionately.