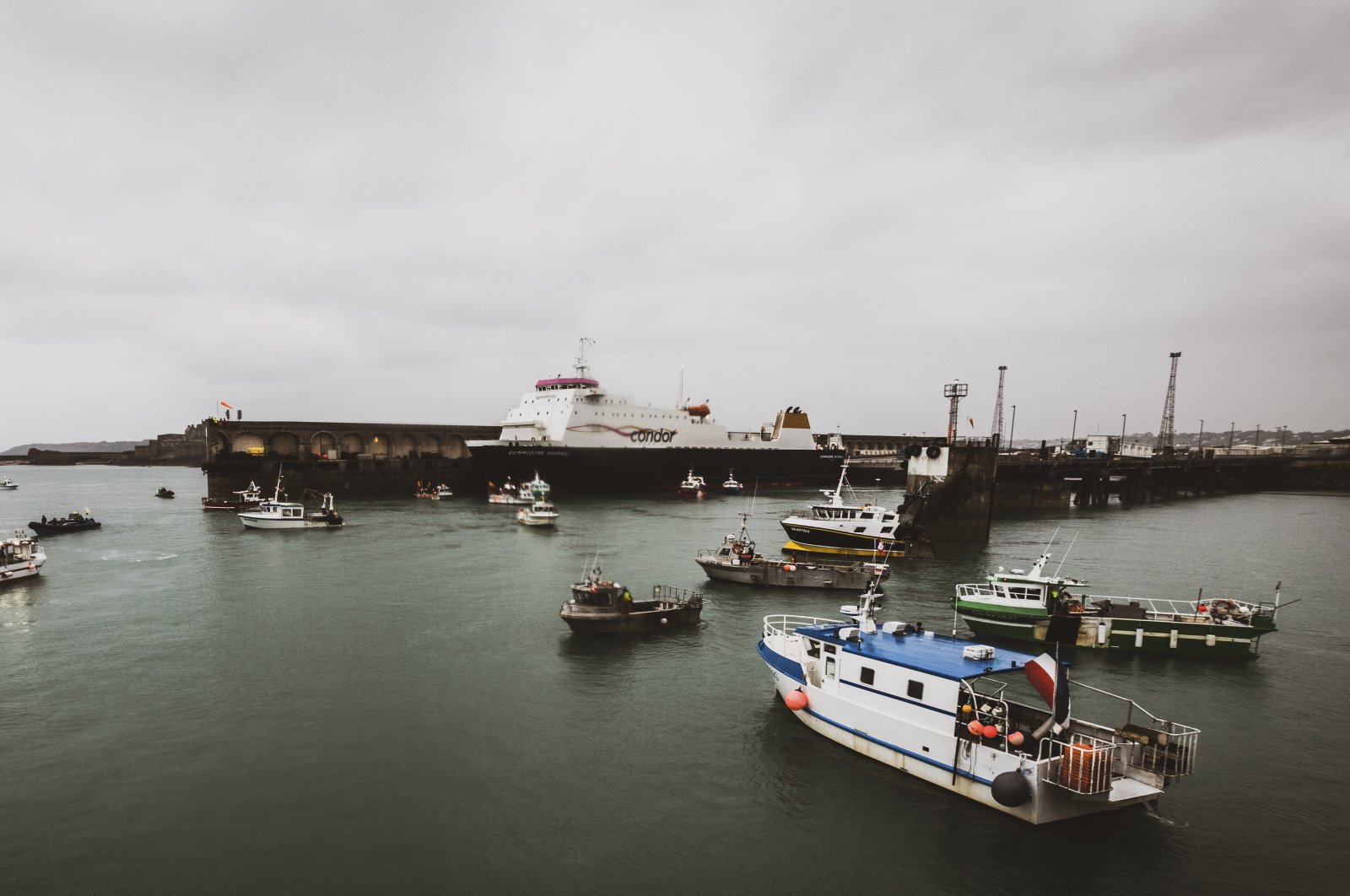 Signaling a thaw in tensions, Britain and France have withdrawn boats from the Channel island of Jersey after a row over fishing rights.

A spokesperson for British Prime Minister Boris Johnson confirmed on Thursday evening that as the French fishing boats had withdrawn from Jersey's waters and returned to the French coast, Britain had also recalled its Royal Navy vessels.

They said Johnson was "very pleased" with the development.

"We remain on standby to provide any further assistance Jersey requests," a statement from the spokesperson said. "We will work with Jersey to support the discussions underway with the European Commission."

The statement added Jersey authorities had a "right" to regulate fisheries in their waters under Britain's trade deal with the European Union and Britain "supported" the island when it was "exercising those rights."

A row broke out between the two nations earlier this week after 41 fishing licenses were issued by Britain to France for boats to fish in Jersey's waters.

France reported the licenses to the European Commission, claiming Britain was not abiding by post-Brexit trade rules agreed last year between London and Brussels.

Annick Girardin, the minister responsible for maritime policy in France, later hinted the nation may cut off Jersey's power supply via a submarine cable.

The row then became more urgent on Thursday after an apparent blockade was set up by French boats.

Fishing boats had set out during the night from around the coastal town of Barneville-Carteret accompanied by some fishermen from Brittany in the direction of Jersey, France 3 reported.

According to AFP news agency, more than 50 French fishing boats had gathered off St Helier.

Both Britain and France both sent naval vessels to the area in response.

Both nations later stated they had sent the naval boats as a precautionary measure to save lives if necessary.

France's Secretary of State for Europe Clement Beaune told AFP the British naval manoeuvres "need not impress" the French side.

He said he spoke to British Brexit Minister David Frost and it was not France's "wish to create tension." On the other hand, rules laid down in the post-Brexit trade agreement had to be applied quickly and in full, he said.

On Thursday afternoon, the commission accused Britain of not respecting the trade deal, stating it was only alerted on April 30 the British authorities had granted the licenses to EU vessels for fishing in Jersey's territorial waters as of May 1 with specific conditions.

It added that under the deal, proposed conditions "have to be notified in advance" to allow the other side time to assess the proposal. In the commission's view, the notification period in this case was too short.

"The commission has clearly indicated to the UK the provisions of the EU-UKTCA have not been respected," a spokesperson for the commission said.

Later on Thursday, AFP reported the French fisherman said they were leaving Jersey.

Boat tracker, Marine Traffic, showed the French boats turning around 1130 GMT and appearing back near French shores at 1500 GMT.

At 1700 GMT, Britain confirmed it was withdrawing its ships.

Jersey, as a British crown estate, is not part of the United Kingdom, but London is responsible for its foreign and defense policy.