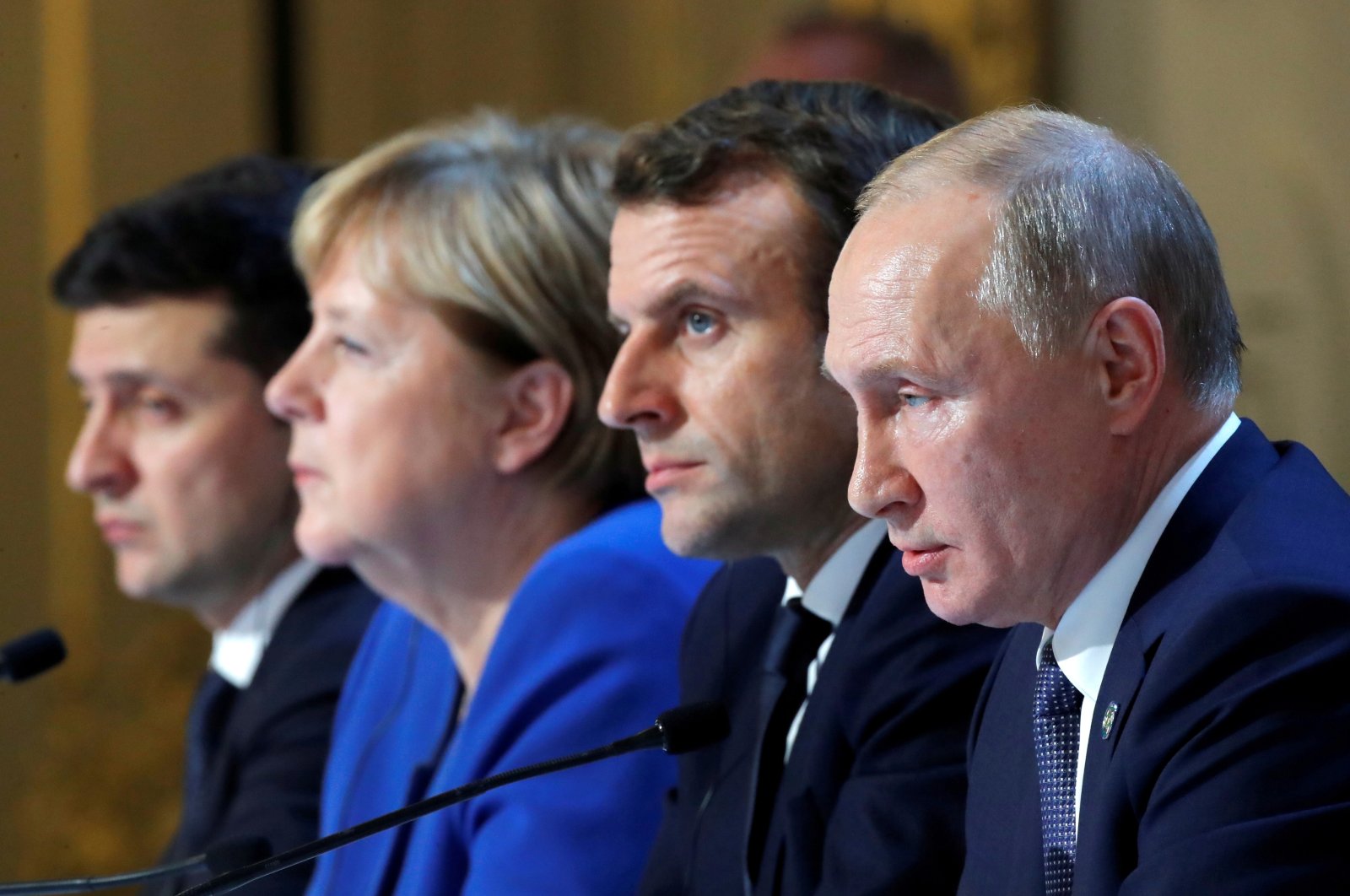 Leaders of Germany and France had phone calls Monday with their Ukrainian and Russian counterparts to discuss the ongoing conflict in eastern Ukraine, and agreed their foreign ministers should meet, the German government said.

German Chancellor Angela Merkel and French President Emmanuel Macron spoke first with Ukrainian President Volodymyr Zelenskyy on the implementation of the Minsk Agreements aimed at bringing about a peaceful resolution of the conflict in Ukraine.

Then, Merkel and Macron spoke with Russian President Vladimir Putin, urging him to progress with the peace talks, the German government said.

“The interlocutors agreed to ask their foreign ministers to meet soon to achieve this,” the German government statement said.

Kyiv’s relations with Moscow plummeted in 2014 after Russia annexed the Crimean peninsula from Ukraine and backed pro-Russian separatists in Ukraine’s eastern Donbass region.

The seven-year conflict with separatists has killed around 14,000 people.

In a separate statement, the Kremlin said Russian, French and German foreign ministers could meet to discuss the conflict.

Moscow said Putin, Macron and Merkel instructed the ministers to work towards a meeting, without specifying any date. It did not say if Ukraine would take part in the meeting.

In a readout of the call, Zelenskyy's office said the topic of the joint call was a possible summit with Putin in the so-called Normandy format.

The Kremlin also said the meeting could take place within the framework of “Normandy Four,” which usually brings together officials from Moscow and Kyiv under the mediation of Paris and Berlin.

The leaders had instructed their foreign ministers to “intensify their contacts and work” after a “difficult” situation in eastern Ukraine, it said.

The leaders also agreed to consider organizing a summit, the Kremlin statement added.

Ukraine and its Western allies accuse Russia of sending troops and arms to support the separatists, which Moscow denies.

The European Union on Monday imposed sanctions on eight more officials accused of targeting opponents of Russia’s seizure of Crimea, ahead of a visit to Kyiv by the bloc’s top officials.

France and Germany have been mediators in the conflict since 2015 in the so-called Normandy format and have been overseeing a fragile ceasefire.

Merkel visited both Moscow and Kyiv in August. Afterward, she expressed her hope that peace talks would continue after she left power.