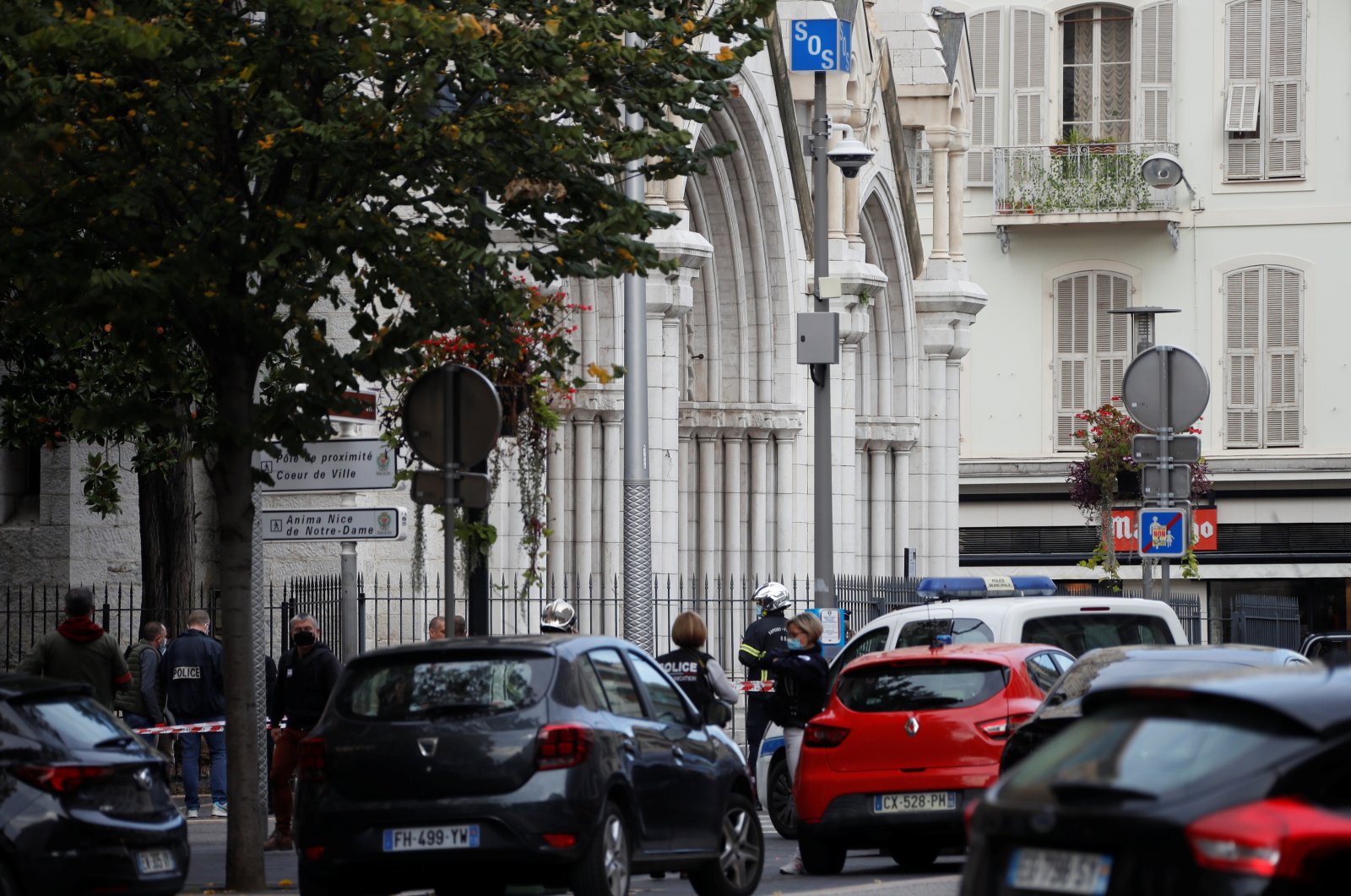 France was struck by two attacks on Thursday as three people were killed, at least one of them by beheading, in an attack in Nice hours before another man was shot dead by police in Avignon.

The murders occurred early in the morning at the Notre Dame Basilica, the largest Roman Catholic church in Nice, where a knife-wielding man stabbed multiple people inside the church. The assailant was arrested after the Thursday morning attack and taken to a nearby hospital after being injured during his apprehension, a police official said. The suspect kept shouting "Allahu Akbar" (God is Greatest) even after he had been arrested by police, Nice Mayor Christian Estrosi told reporters. The man taken into custody was described to be in his 20s or 30s with a knowledge of Arabic, the French daily Le Parisien reported.

The country's media outlets, namely Le Parisien and Le Monde, identified the man as "Brahim." He was believed to be acting alone, the official said.

Shortly after the attack, French police shot and killed another man that had allegedly threatened pedestrians with a handgun in the city of Avignon, French radio station Europe 1 reported.

The man in Avignon had a firearm, and was shot and killed by police after he refused to drop his weapon and a warning shot failed to stop him, according to a national police official. The official said the man claimed to belong to extreme-right group Generation Identity and had assaulted a local merchant. Avignon Prosecutor Philippe Guemas told broadcaster France Bleu that the assailant was a 33-year-old born in France "who had nothing to do with the Muslim religion” and appeared to be "psychologically unstable.”

French President Emmanuel Macron last week said he won’t prevent the publication of cartoons insulting the Prophet Muhammad under the pretext of freedom of expression, a statement that sparked outrage in the Arab and Muslim world.

The country's Prime Minister Jean Castex told French lawmakers that France was raising its security alert status to the highest level in response to the deadly attack in Nice. Macron announced that he will more than double number of soldiers deployed to protect against attacks to 7,000.

France recently launched an extensive witch hunt against the Muslim community following Macron's remarks in which he characterized Islam as a problematic religion that needs to be contained.

Many nongovernmental organizations (NGOs) and mosques have been shut down in the last two weeks while assaults against Muslims have spiked. Macron this month also described Islam as a religion “in crisis” worldwide and said the government would present a bill in December to strengthen a 1905 law that officially separated church and state in France.

He announced stricter oversight on schooling and better control over foreign funding of mosques. The debate over the role of Islam in France reached new intensity after the beheading of teacher Samuel Paty, which prosecutors say was carried out by an 18-year-old Chechen who had contact with a terrorist in Syria.

Macron's stance has also sparked a boycott of French goods, including dairy products and cosmetics, by multiple Muslim countries including Turkey, Qatar, Jordan, Kuwait, Iran and Pakistan. Demonstrations have also taken place with posters of Macron set alight in some instances.

A Saudi man was arrested in Jeddah after attacking a guard with a "sharp tool" at the French consulate, Saudi state TV said on Thursday. The Saudi Press Agency report, citing police spokesperson Maj. Mohammed al-Ghamdi, said the special force for diplomatic security was able to arrest the Saudi man. He is said to be in his 40s. The guard was taken to a hospital for treatment, the agency said.

In Saudi Arabia, home to the holiest sites in Islam, there has been criticism of France but much-more muted than in other countries. The Saudi Foreign Ministry has said the kingdom “rejects any attempt to link Islam and terrorism, and denounces the offensive cartoons of the prophet.” Saudi clerics have too condemned the caricatures, but have also cited the prophet’s “mercy, justice, tolerance.” Another prominent sheikh called on Muslims not to overreact.