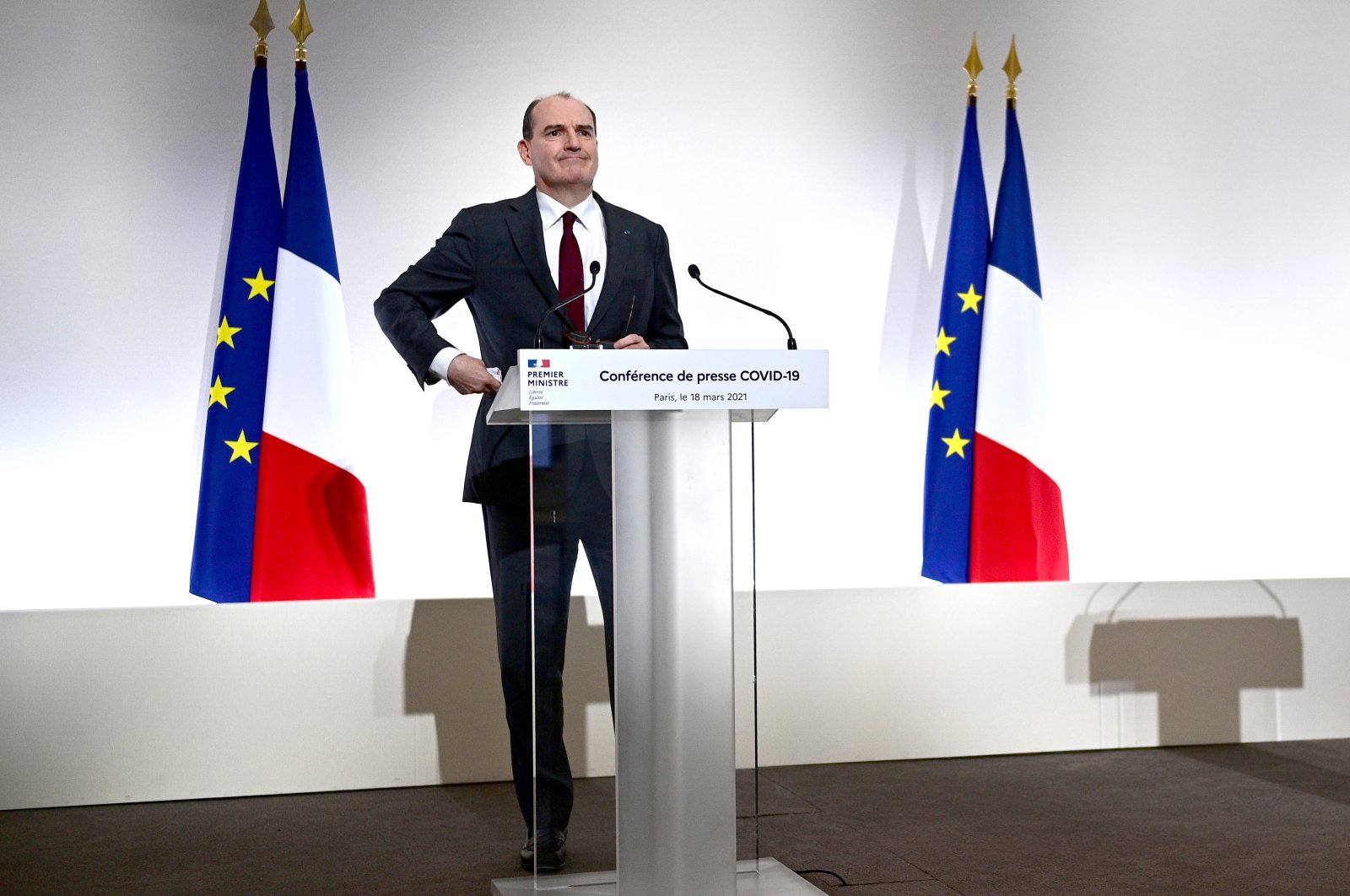 Since late January, when he defied the calls of scientists and some in his government to lock the country down, Macron has said he would do whatever it took to keep the euro zone's second largest economy as open as possible.

However, this week he ran out of options just as France and other European countries suspended the use of the AstraZeneca vaccine.

The rapid spread of the variant first detected in Britain, now accounting for three-quarters of all cases in France, has filled intensive care wards, notably in the Paris region where the incidence rate surpasses 400 in every 100,000 inhabitants.

Castex told a press conference France was now in the grip of a third wave.

"The moment has come to go further," he said.

The lockdown will kick in from Friday at midnight on the 16 hardest-hit departments in the greater Paris region, the northern Hauts-de-France region, Seine et Marne and the southern Alpes-Maritimes zone.

Schools will stay open and people will be allowed to exercise outdoors within a 10 km (6.2 miles) radius of their homes. People living in these areas will not be allowed to travel to other parts of France without a compelling reason.

Macron stopped short of ordering a nationwide lockdown, though the Paris region is home to nearly one-fifth of the population and accounts for one-third of economic activity.

A nationwide nightly curfew in place since mid-December remains in place, though it will start an hour later, at 7 p.m.

The government had no regrets about not locking down earlier in the year, Castex said.

"It was the right decision in January. We would have had a three-month lockdown. We did well not to do so."

Castex said France would resume inoculations with the AstraZeneca vaccine after the European Medicines Agency said it was safe, and that he would get the shot on Friday.

"I am confident public trust in the vaccine will be restored," he said.

France has recorded over 4 million coronavirus cases since the novel coronavirus first emerged in December 2019 in China.

It was also revealed recently that the COVID-19 variant in France's Brittany goes undetected in PCR tests.

French health authorities reported the number of people in intensive care units (ICU) with COVID-19 had risen on Monday by 92 in the previous 24 hours to 4,219, the highest level since late November.

The health ministry website, Geodes, also reported a preliminary 333 new coronavirus deaths in hospitals, up from 140 on Sunday and a seven-day moving average of 261. Over the weekend, hospitals in the Paris area – which account for more than a quarter of all COVID-19 patients in intensive care units – begun transferring patients to other parts of France to reduce the burden on the capital's health care system.