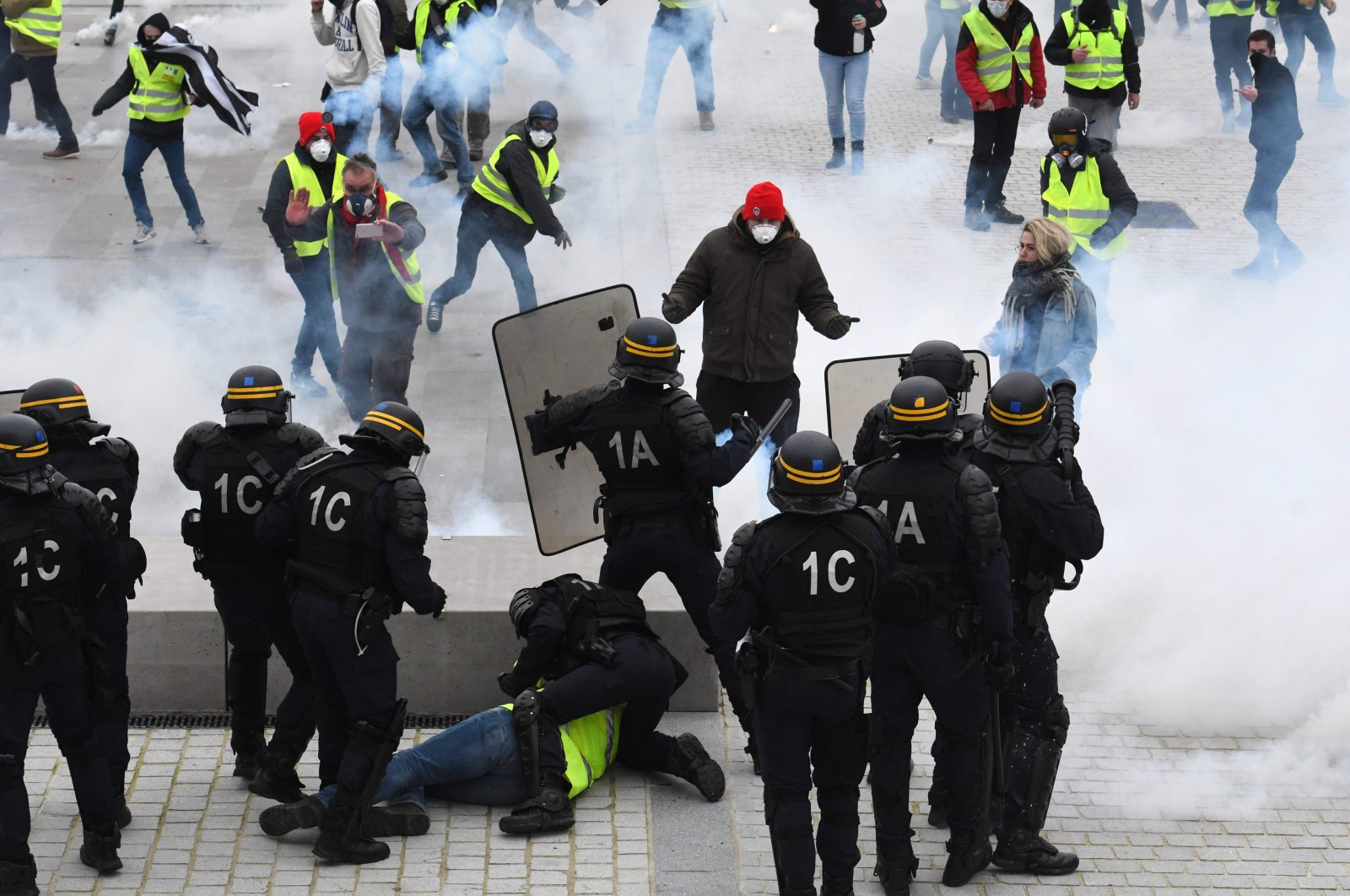 The French parliament on Thursday approved a highly criticized security bill restricting the public circulation of images of police violence.

The bill was approved by 75 votes for and 33 against at the French National Assembly, where French President Emmanuel Macron’s party, which proposed the measure, has a large majority. The French Senate has already adopted the bill.

In an effort to quell criticism, lawmakers have redrafted the most controversial article of the text. It now says that helping to identify on-duty police officers "with the obvious intent of harming'' will be punishable by up to 5 years imprisonment and a 75,000 euro ($89,800) fine.

Tens of thousands of protesters marched in Paris in November to denounce the initial provision that made it illegal to publish images of police officers with the intent to cause them harm.

Opponents say the new draft still remains vague and subject to interpretation by police officers. They also fear it will intimidate people trying to fight against police abuse and racial discrimination by taking and publishing pictures and videos.

Macron’s government said the law was needed to better protect police amid threats and attacks by a violent fringe and increasing harassment on social media.

Interior Minister Gerald Darmanin Thursday praised the "compromise" that lawmakers found on the text. The law also gives more autonomy to local police and extends the use of surveillance drones, amid other measures.

The French branch of Amnesty International warned on Twitter about the "dangers" the law posed to civil liberties and denounced its "generalized surveillance practices."

The text has "vague provisions that could allow abusive and unfair legal proceedings," the rights group said.