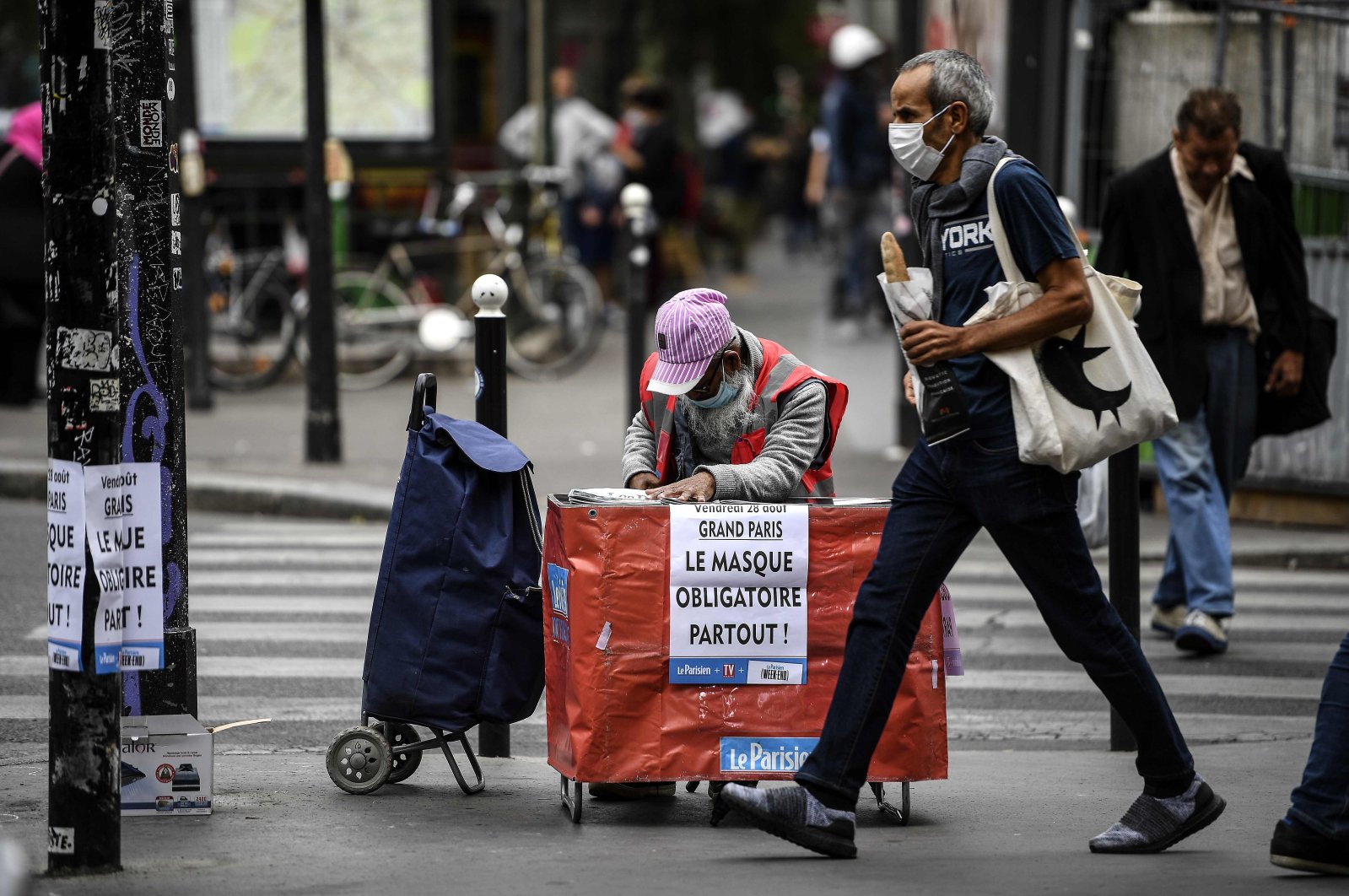 A placard hangs on the side of a newspaper stand reading, 'Paris The Mask Is Mandatory Everywhere' as the vendor wearing a protective face mask waits for customers in Paris on Aug. 28, 2020. (AFP Photo)
by Compiled from Wire Services Aug 28, 2020 8:42 pm
RECOMMENDED

France reported 7,379 daily COVID-19 cases in a new post-lockdown record. The number is the second-highest daily tally in the country since March.

France says it saw an "exponential" rise in coronavirus cases with over 7,000 new daily infections.

French President Emmanuel Macron on Friday urged European neighbors to better coordinate cross-border virus restrictions as infections were on the rebound – and as multiple countries imposed tests or quarantines on visitors from France.

Amid worries that France could become a new virus hotspot, Macron defended his government’s push to restart the economy and its handling of the post-lockdown period. Over the summer, French people traveled around the country for family gatherings and dance parties blamed for fueling the recent rise in cases.

"Our country needs to... learn to live with the virus” in order to repair the economy, finance welfare aid like temporary jobless benefits, and educate its children, he said.

Paris imposed mask requirements everywhere in public starting Friday, and a fifth of French regions are now considered "red zones” where the virus is actively circulating. More than 6,000 new infections were reported Thursday, up from several hundred a day in May and June.

But hospitalizations and deaths remain relatively low, and the government is sticking to plans to reopen all its schools starting Tuesday, and the Tour de France is starting its three-week trek around the country Saturday.