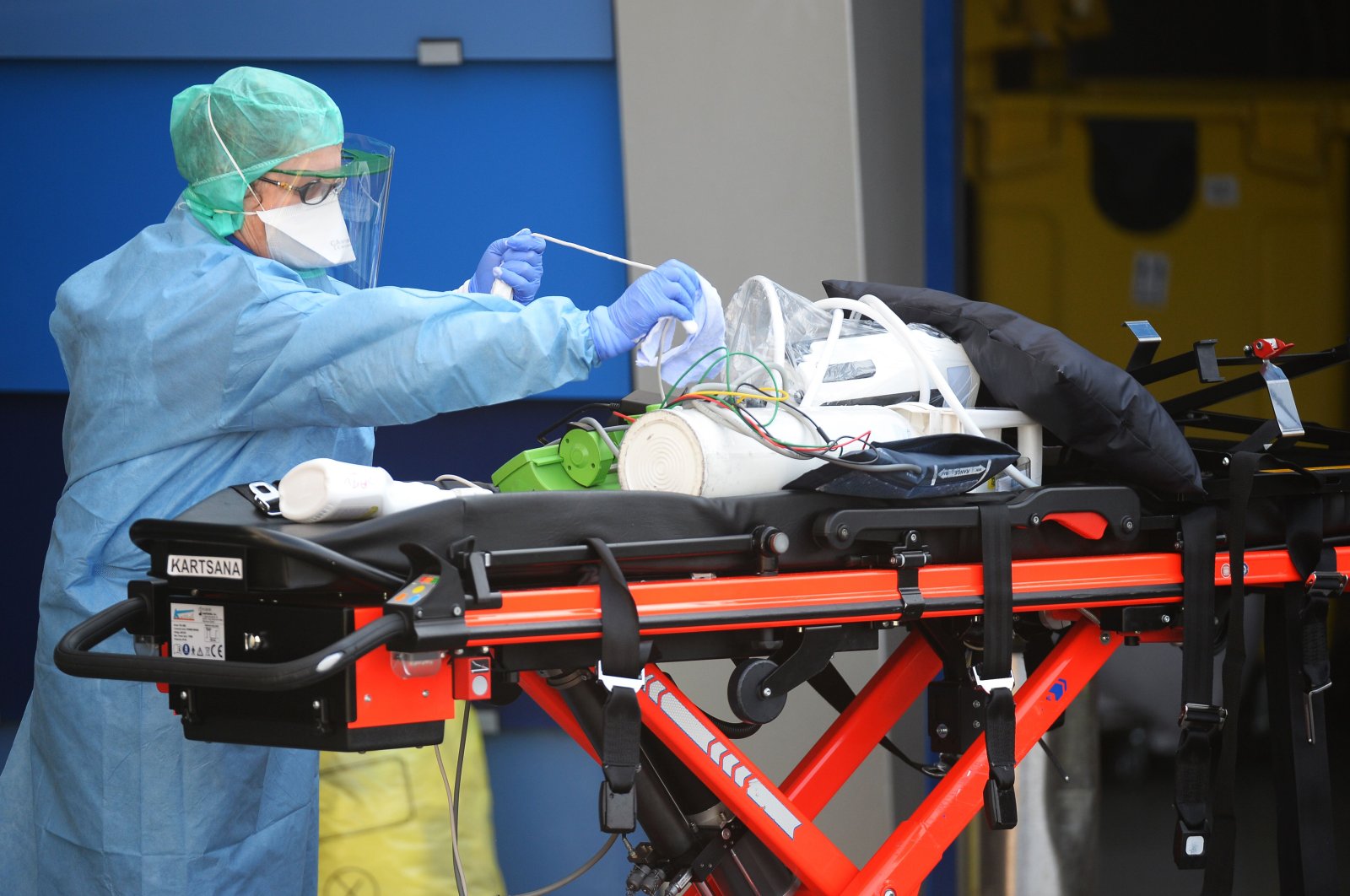 A nurse anesthetist disinfects material of ambulances which carried six coronavirus patients at the Brest hospital, evacuated by air from the French eastern city of Mulhouse, in Brest, western France, on March 24, 2020, on the eight day of a lockdown aimed at curbing the spread of the COVID-19 (novel coronavirus) in France. (AFP Photo)
by French Press Agency - AFP Mar 24, 2020 10:01 pm

The coronavirus has killed another 240 people in France, the top country's top health official said on Tuesday, bringing the death toll in the country from the pandemic to 1,100 – an increase of 28% that made France the fifth country to cross the 1,000-fatalities threshold after China, Italy, Iran and Spain.

Health agency director Jerome Salomon told a news conference that the total number of infections in France had risen to 22,300, a 12% jump in 24 hours.

Salomon said 2,516 people were in a serious condition needing life support, up by 21% from Monday, with 8,000 hospital beds now equipped with ventilators.

Officials believe that the published number of those infected largely underestimates the real figure, as only those showing severe symptoms are usually tested.