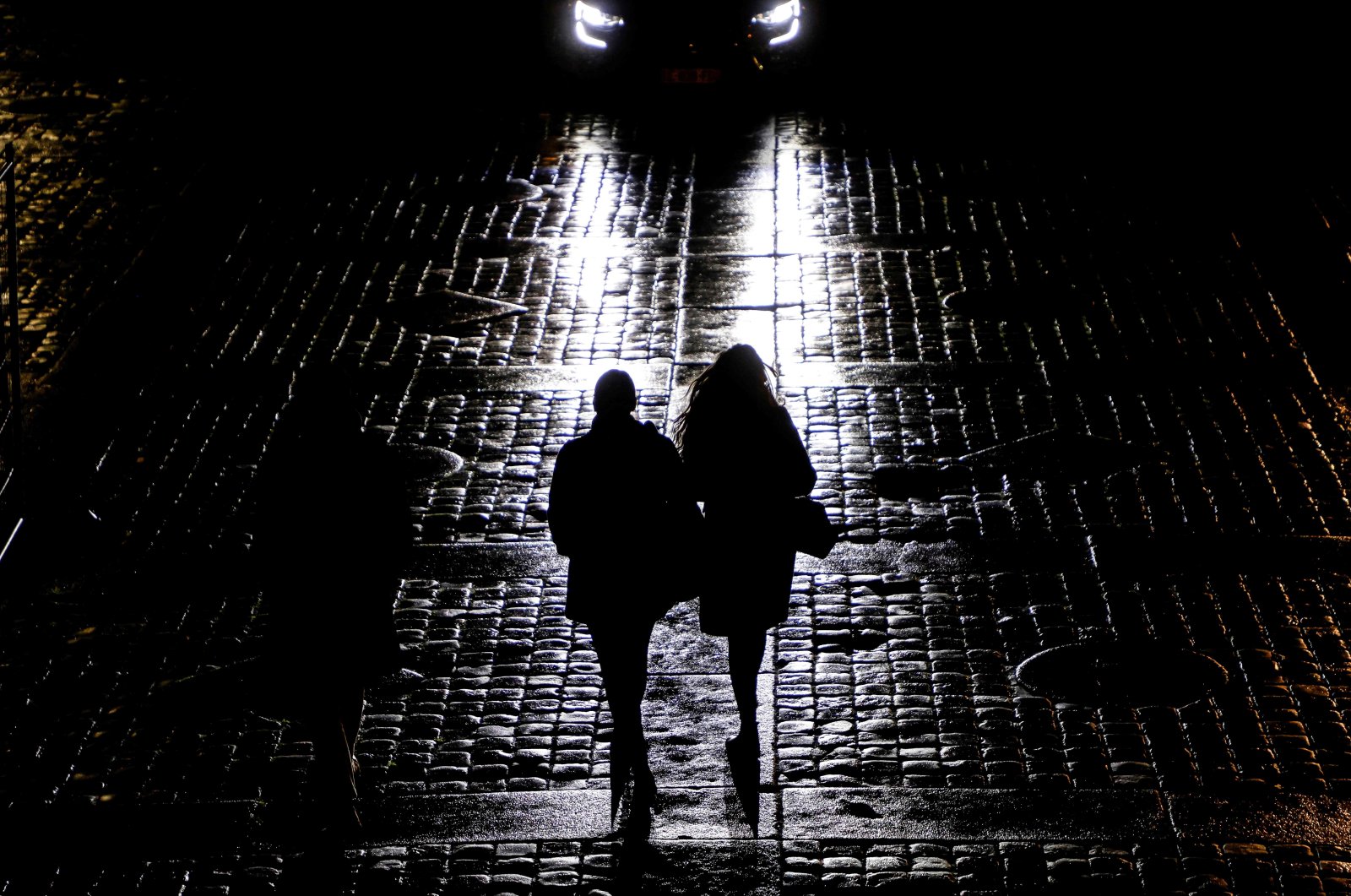 People are seen in silhouette from car headlights as they leave the "Palais de Justice" courthouse in Paris, on January 14, 2021. (AFP Photo)
by German Press Agency - DPA Jan 14, 2021 10:56 pm
RECOMMENDED

France is to extend an earlier 6 pm curfew across the country as authorities struggle to contain the spread of the mutant virus strain first detected in Britain.

The curfew is to be brought forward from the later time of 8 pm in all remaining areas of the country, in new rules announced by French Prime Minister Jean Castex late on Thursday.

"It is not possible to leave the house for personal reasons," said Castex.

Shops should also close from 6 pm. During this time, people are no longer allowed to go for a walk, do sports or go shopping. Driving to work or leaving the house for compelling family reasons is allowed.

The new rules come into force from Saturday for at least 15 days.

France's daily new coronavirus caseload has stabilized in recent days, but remains worrying, Castex said. On average there are around 16,000 new cases a day.

None of the French departments is currently below the target of an average of 50 new infections per 100,000 inhabitants within seven days.

Border controls are also to be tightened, with France now requiring a negative virus test for entrants coming from outside the European Union.

Health Minister Olivier Veran said everything would be done to prevent further spread of the new, more contagious virus mutation. France is currently registering around 200 to 300 new cases of the British variant every day.

Earlier, Veran announced a planned mass coronavirus testing of children to stem the spread of the variant.

"We have established a protocol that aims to test up to one million children and teachers a month, which is enormous," Veran told French news agency AFP.

The virus seemed to spread more rapidly among children, the health minister said, adding that testing should start at the age of six wherever it was reasonable.

France, with a population of about 67 million, has been hard hit by the pandemic. About 69,000 people have died from COVID-19 so far, while the country has recorded more than 2.8 million infections.