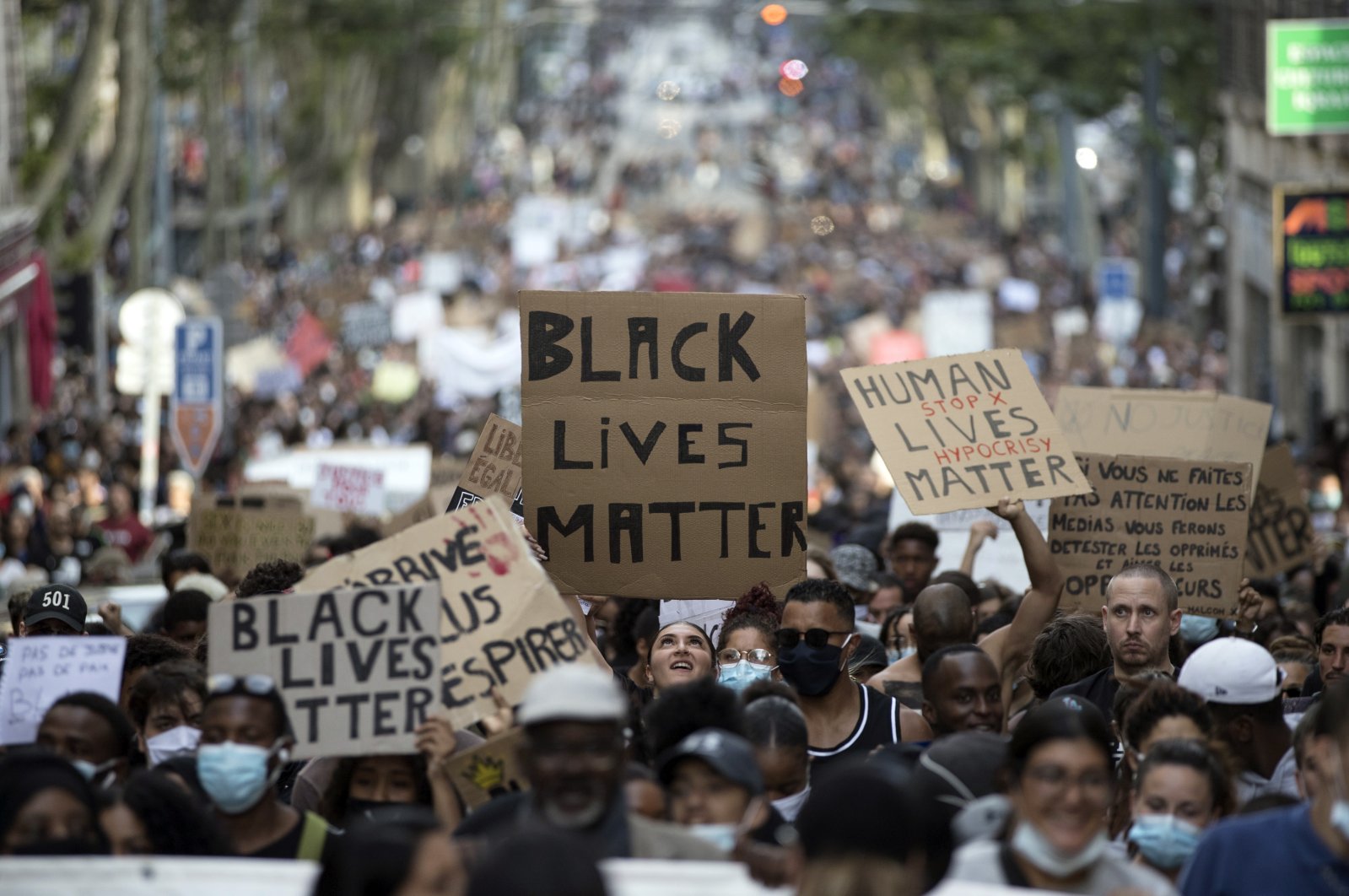 A protester looks up at a sign that reads "Black Lives Matter" in Marseille, southern France, during a protest against the recent death of George Floyd, June 6, 2020. (AP Photo)
by ASSOCIATED PRESS Jun 08, 2020 7:16 pm
RECOMMENDED

France’s top security official Monday said police will no longer conduct chokeholds that have been blamed for multiple cases of asphyxiation and have come under renewed criticism after George Floyd’s death in the U.S.

With the French government under increasing pressure to address accusations of brutality and racism within the police force, Interior Minister Christophe Castaner announced that “the method of seizing the neck via strangling will be abandoned and will no longer be taught in police schools.”

He said that during an arrest, “it will be now forbidden to push on the back of the neck or the neck.”

Three days after Floyd died with a Minneapolis police officer choking off his air, another black man writhed on the tarmac of a street in Paris as a police officer pressed a knee to his neck during an arrest. French lawmakers have called for such practices to be banned, and they have raised criticism in other countries, too.

France has seen several protests over the past week sparked by Floyd’s death, which is stirring up anger around the world.

President Emmanuel Macron has stayed unusually silent so far both about Floyd’s death and what’s happening in France. Macron’s office said he spoke to the prime minister and other top officials over the weekend, and asked Castaner to “accelerate” plans to improve police ethics that were initially promised in January.

Last week, the Paris prosecutor's office opened a preliminary investigation into racist insults and instigating racial hatred based on comments allegedly published by police in a private Facebook group.

Website Streetpress published a string of offensive messages that it said were published within the group, though acknowledged that it is unclear whether the authors were actual police officers or people pretending to be police. Some of the reported comments mocked young men of color who have died fleeing police.

Separately, six police officers in the Normandy city of Rouen are under internal investigation over racist comments in a private WhatsApp group. Both incidents have prompted public concerns about extreme views among French police.

Castaner acknowledged that there are racist police officers and promised “zero tolerance” for racism within the force going forward.

At least 23,000 people protested in cities around France on Saturday against racial injustice and police brutality, even defying a police ban on such protests in Paris due to fears about spreading coronavirus.

Activists marched Monday in the western city of Nantes, and more demonstrations are planned in France on Tuesday, when Floyd is being buried.