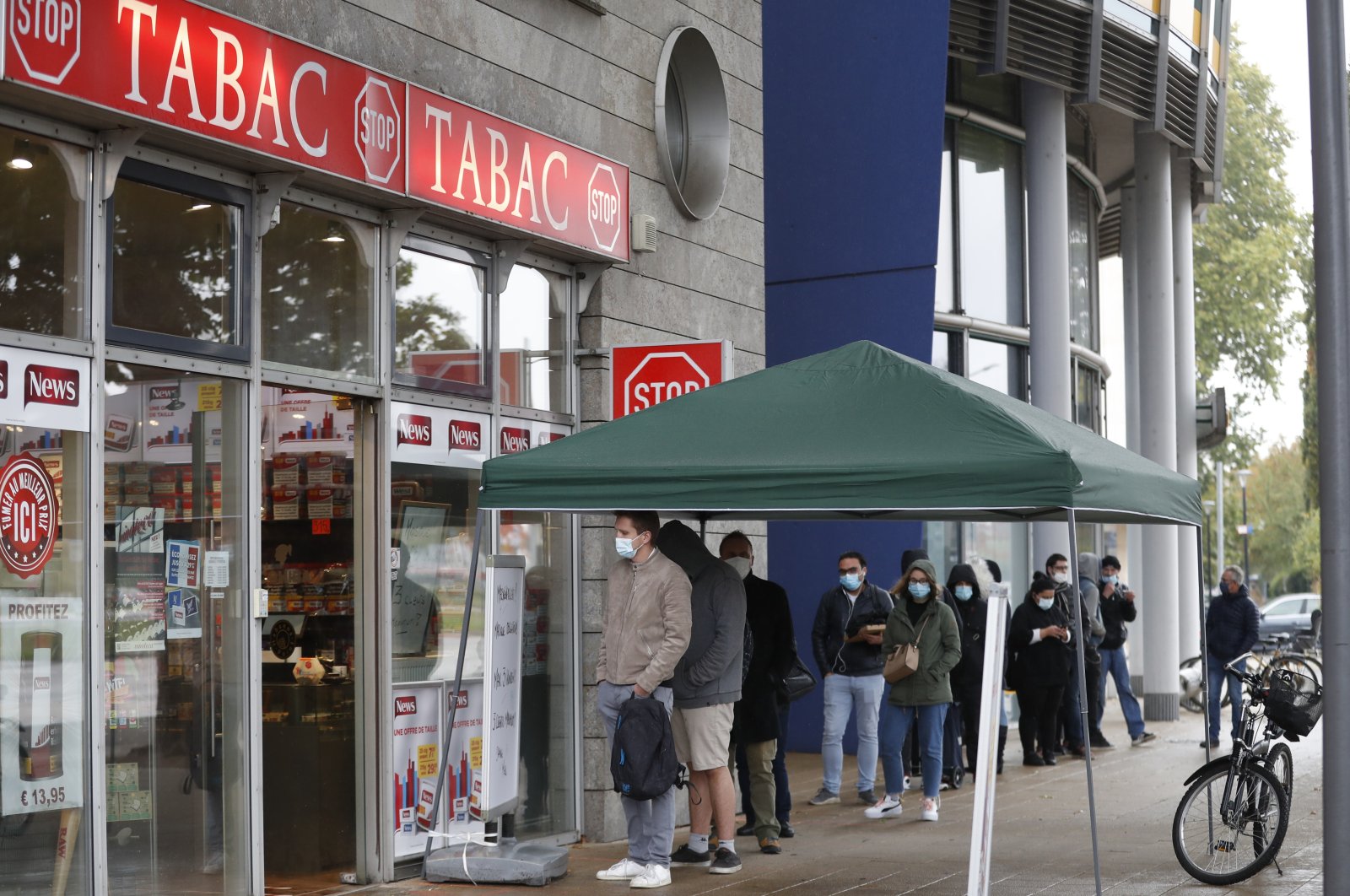 France will deploy 12,000 police officers to enforce a curfew that starts Friday night and plans to spend another 1 billion euros ($1.17 billion) helping businesses hit by the new restrictions.

French Prime Minister Jean Castex and other government ministers laid out new rules Thursday aimed at what he called a "sudden acceleration” of infections.

Interior Minister Gerald Darmanin says 12,000 police officers would be deployed between 9 p.m. and 6 a.m. to enforce the new curfew, imposed on some 20 million people in Paris and eight other French cities.

Amid protests by restaurant owners and others hit by this latest wave of virus restrictions, the government pledged to expand temporary unemployment payments and spend another 1 billion euros for hard-hit sectors.

About 1,000 nurses, doctors and other public hospital workers marched Thursday in central Paris to demand more investment, staff and salary raise after years of cost cuts.

French President Emmanuel Macron announced the curfews, shortly after the government declared a new public health state of emergency Wednesday. The restrictions will last for at least four weeks.

The president said curfews would be imposed in the greater Paris region, Marseille, Toulouse, Montpellier and five other cities.

People under curfew would have to forget about night-time visits to restaurants or friends' houses, though essential trips during curfew would still be allowed, Macron said.

Anyone violating the curfews would be fined 135 euros.

There would be no restrictions on public transport, and people would still be able to travel between regions without restrictions. Family gatherings, however, should be restricted to no more than six people.

Macron said the goal was to reduce the current rate of 20,000 new cases per day to around 3,000 and to sharply reduce the burden on intensive care units in hospitals.

The country reported 22,591 new infections Wednesday and has a total of 33,037 confirmed deaths.