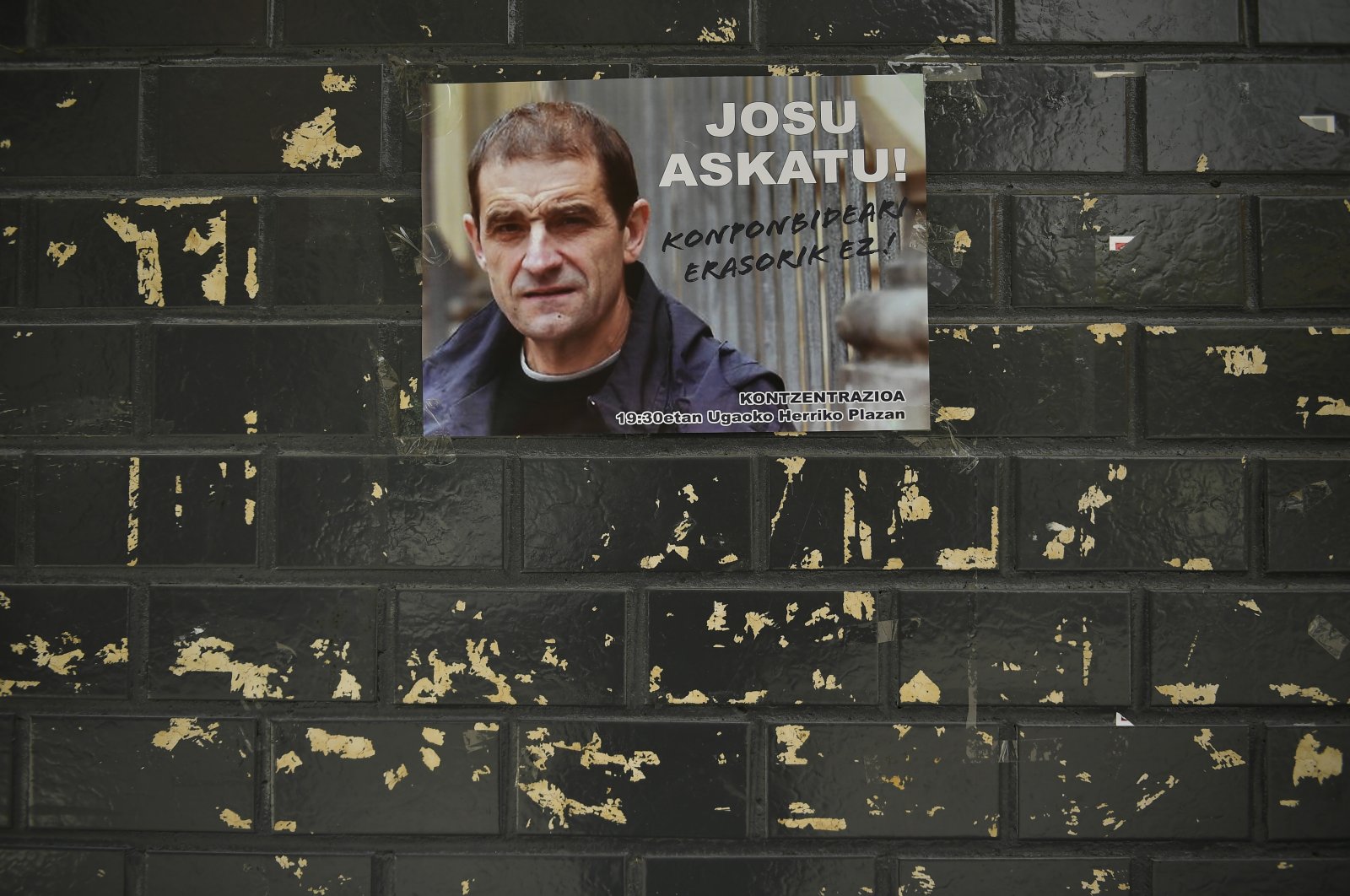 A poster with the face of the former leader of the Basque separatist group ETA, Josu Ternera, seen on a wall in his hometown of Ugao-Miraballes, northern Spain, May 16, 2019. (AP Photo)
by French Press Agency - AFP Jul 29, 2020 9:20 pm
RECOMMENDED

The former leader of Basque separatist group ETA will be freed under house arrest after being held in France since May 2019, the Paris appeals court ruled Wednesday.

Josu Ternera, 69, is the target of Spanish extradition requests and a European arrest warrant.

The French court said he would be freed on Thursday under house arrest in Paris while wearing an electronic bracelet.

One of his lawyers, Laurent Pasquet-Marinacce, said Ternera had registered for courses at the University of Paris' Sorbonne campus and would stay with a professor who teaches at the elite Ecole Normale Superieure nearby.

For decades, ETA waged a violent independence campaign that killed hundreds of people.

Ternera, whose real name is Jose Antonio Urrutikoetxea Bengoetxea, headed the group from 1977 to 1992 and was thought to be behind a strategy of combining car bomb and shooting attacks in the 1980s.

He was convicted in absentia in 2010 on charges of associating with terrorists after his fingerprints were found in an apartment known to be used by ETA operatives in Lourdes, southern France.

He was sentenced to seven years in prison and given a new eight-year term in 2017 after again being convicted in absentia of participating in a terrorist organization.

After eluding police for years, he was arrested in May 2019 at a hospital in the French Alps where he was to undergo an operation.

Spanish authorities had been hunting Ternera since 2002 over a 1987 attack on a police barracks in the northern city of Zaragoza that killed 11 people, including five children.