France to inspect nearly 80 mosques in latest crackdown on Muslims 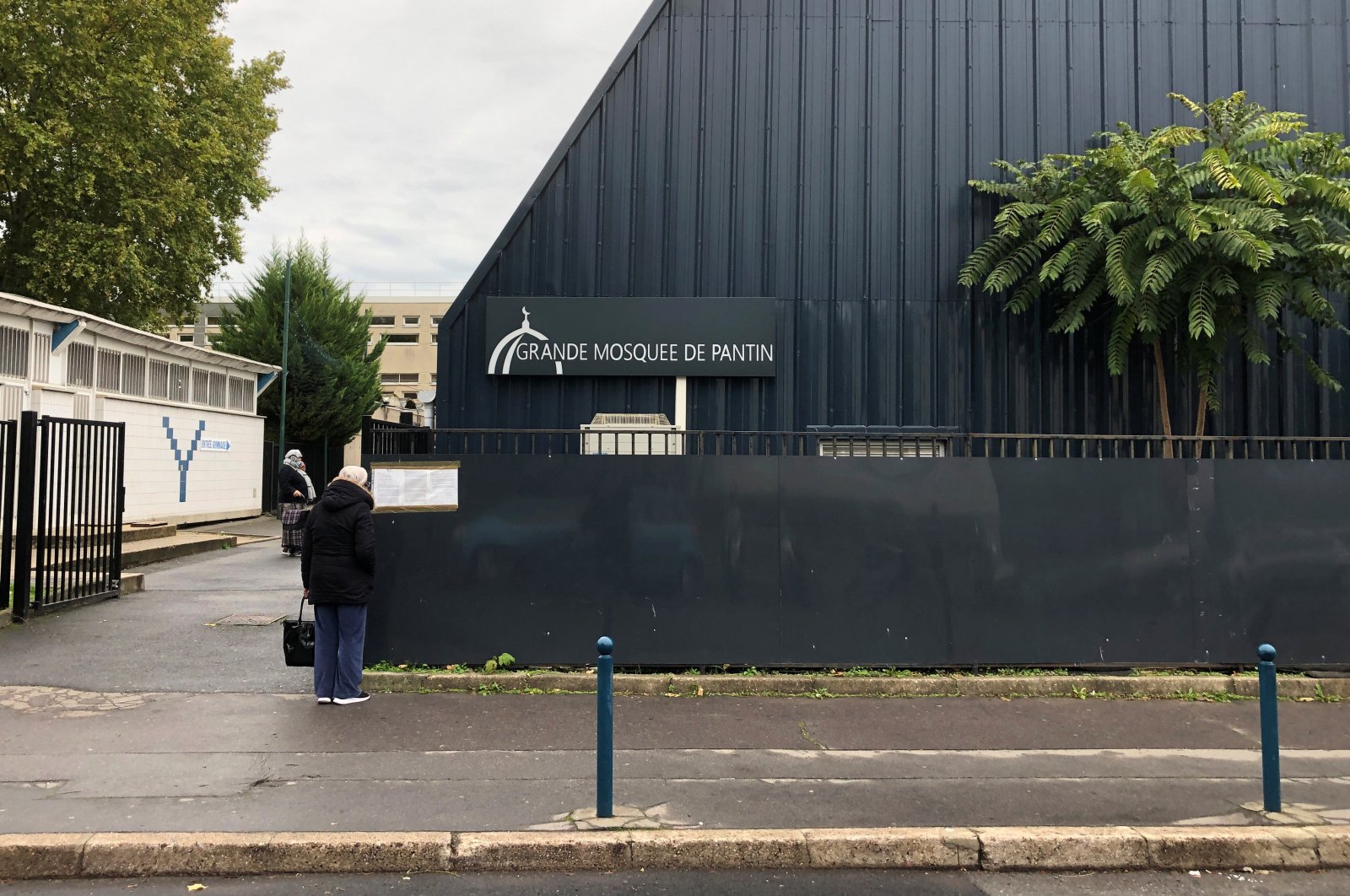 A woman reads a prefectural decree installed on the entrance gates of the Grand Mosque of Pantin, near Paris, France, Oct. 20, 2020. (Reuters Photo)
by DAILY SABAH WITH AA Dec 03, 2020 11:10 am
RECOMMENDED

France will inspect 76 mosques in the coming days in a "massive and unprecedented” operation against so-called separatism, the country's interior minister said Wednesday.

Gerald Darmanin said state services will be monitoring and controlling 76 Muslim places of worship – 16 in the Paris region and 60 in other parts of the country, noting that some of the mosques may be shut down.

"Immediate actions" will be taken against 18 of the mosques at Darmanin's request.

According to Le Figaro newspaper, Darmanin sent a circular to the country's governors on the mosque inspections.

The 2015 Charlie Hebdo caricatures resurfaced after a French teacher, Samuel Paty, was killed last week by a teenager of Chechen origin after Paty showed the cartoons in his class while discussing free speech. The attacker was shot dead by police.

Darmanin said on Nov. 3 that 43 mosques have been closed in the last three years since President Emmanuel Macron took office.

In yet another statement on Nov.20, the interior minister expressed that foreign families who object to caricatures of the Prophet Muhammad being shown in schools could face deportation.

Speaking to French Europe 1 Radio, Darmanin said the provocative caricatures are protected under free speech and those who ask teachers not to show the images will be sued.

He added that foreign families should take note as they could face deportation during prosecution for committing the "crime."

The international community was shocked by the knifing of two people outside the former offices of Charlie Hebdo in September, the beheading of Paty on Oct. 16, and the brutal killing of three people inside Nice's Notre Dame Basilica on Oct. 29.

While the country fervently defends the anti-Muslim provocative caricatures under the pretense of free speech, numerous agencies, newspapers and magazines have been removing articles and changing their content on the orders of the French government. Since the beginning of November, the French government has managed to muscle their way in and affect the actions of four prominent news outlets, including the Financial Times, Politico, Le Monde and the Associated Press.

Last month, Macron said he will not prevent the publishing of the cartoons under the pretext of freedom of speech, sparking outrage among the Muslim world. While French Muslims have accused him of trying to repress their religion and legitimizing Islamophobia. Several Muslim-majority countries, including Turkey and Pakistan, have condemned Macron's attitude toward Muslims and Islam, with President Recep Tayyip Erdoğan saying the French leader needs a "mental health check."

Multiple protests and boycotts against French products have taken place all around the world upon Macron's anti-Muslim remarks.

The largest protest has taken place in Dhaka the last month. Around 10,000 people in Bangladesh rallied in the South Asian nation's capital to protest France's president and his staunch support of secular laws that deem caricatures depicting the Prophet Muhammad as acceptable.

Thousands of demonstrators carried banners and placards reading "all Muslims of the world, unite" and "Boycott France" as they launched a march toward the French Embassy in Dhaka to let their reservations about the remarks be known, calling on people to boycott French products.

According to data compiled by Anadolu Agency (AA), predominantly Muslim countries play an important role in France’s foreign trade. France is said to have made exports worth $45.8 billion to Islamic countries in 2019, with its imports from these countries standing at $58 billion.

"The biggest sorrow for Muslims in France is these kinds of vicious terrorist attacks. They are trying to find a solution to express that these attacks have nothing to do with the religion of fellow citizens who are not Muslims and not knowing Muslims very well,” Sarıkır quoted by AA, blaming the media and far-right political parties for fueling anti-Islamic sentiments in the country.

Critics say Macron's government is exploiting the spate of violence to intensify his controversial anti-Muslim stance.