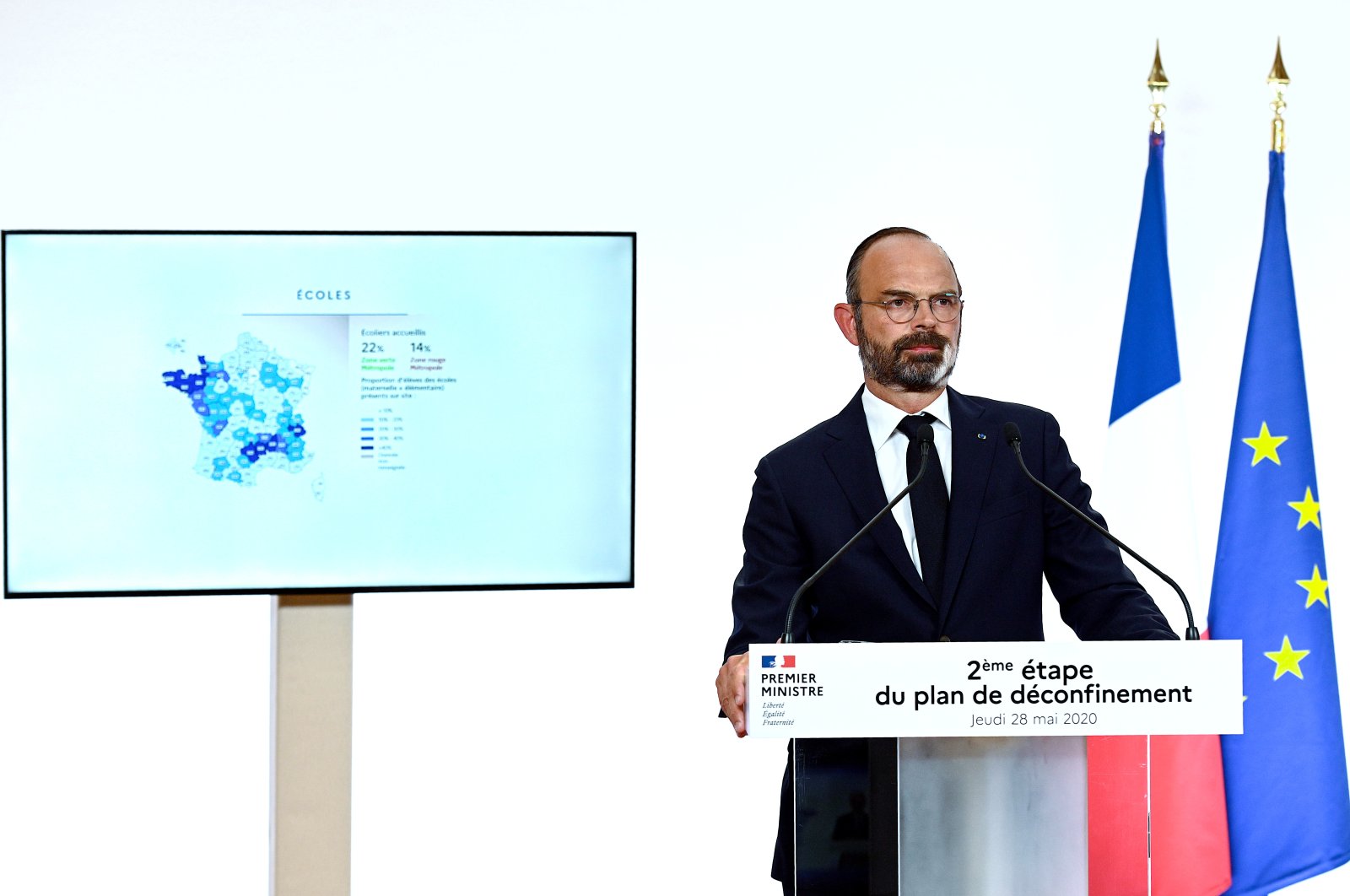 French Prime Minister Edouard Philippe attends a televised address to announce the second phase of the easing of lockdown measures amid the spread of the coronavirus disease (COVID-19) from June 2, at the Hotel Matignon in Paris, France May 28, 2020. (REUTERS Photo)
by REUTERS May 28, 2020 7:24 pm
RECOMMENDED

French Prime Minister Edouard Philippe on Thursday said France was moving to phase two of relaxing its lockdown and the greater Paris region was no longer deemed to be a "red" coronavirus hot-spot zone.

Philippe told France's 67 million people that danger still lurked and the government would pay particular attention to public health indicators in Paris and its surrounding area as the restrictions are relaxed.

"Freedom will become the rule, bans the exception," Philippe said in a televised address.

A ban on anyone traveling more than 100 km (62 miles) from their homes, except in special cases, will be lifted from June 2.

Parks and public gardens in Paris, until now deemed to be in a COVID-19 "red zone," will reopen from June 2.

Major sports activities in France are to remain suspended until June 21.

A smartphone app that will allow the health authorities to identify if someone has been exposed to a COVID-19 carrier, and notify them, will be available from June 2. The rollout of the app was approved by the French parliament on Wednesday, despite concerns about privacy expressed by some lawmakers.

The coronavirus has claimed the lives of more than 28,500 people in France, but on Wednesday the death toll rose by less than 100 for the seventh day running.

Philippe said the greater Paris region was now designated an "orange" zone, meaning Paris was not as free of the virus as almost all other regions designated "green," and the easing of restrictions would be more prudent.

"Results are good from a health point of view, even if we remain cautious," the prime minister said.