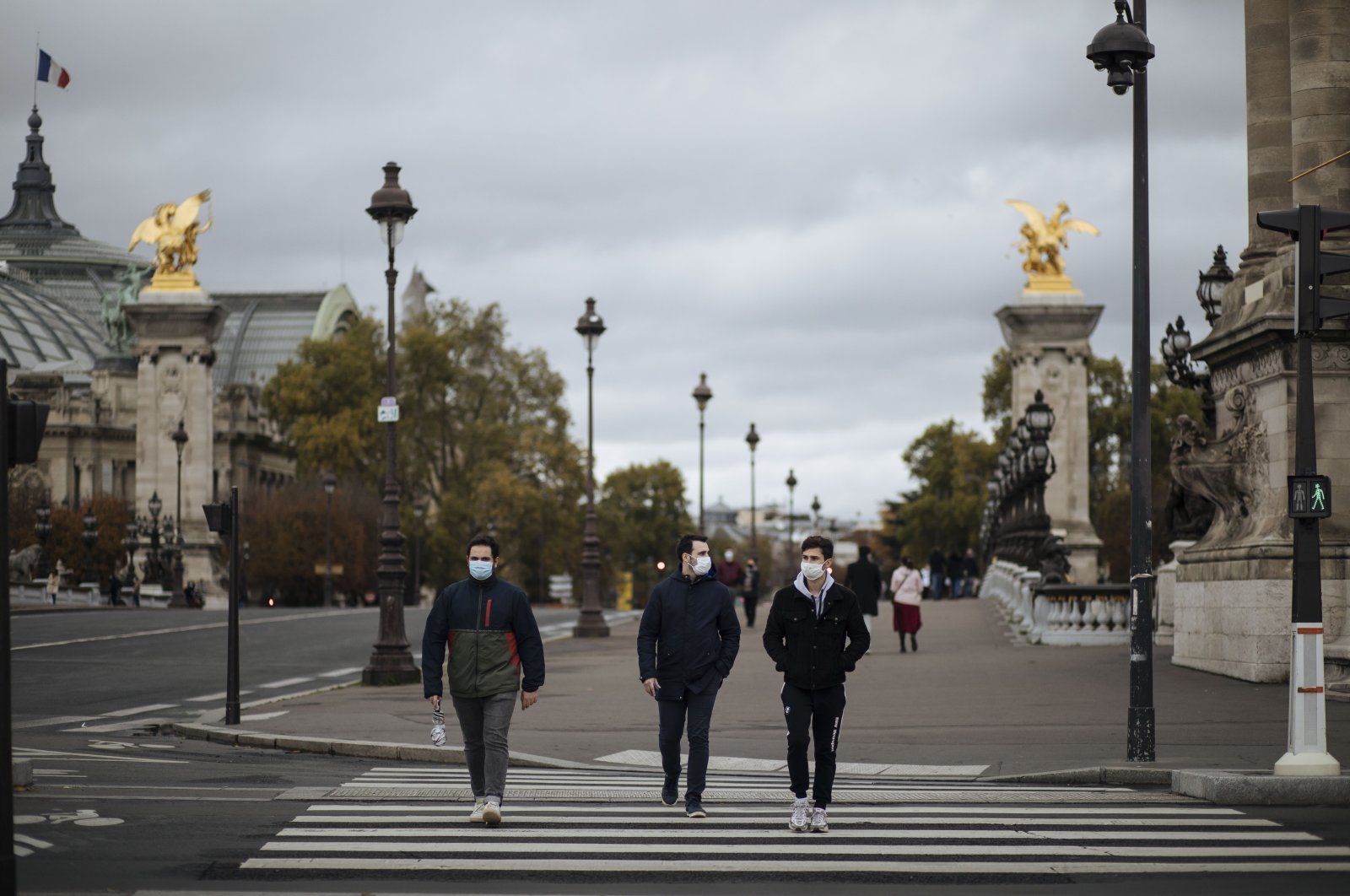 France may be experiencing 100,000 new COVID-19 cases per day – two times more than the latest figures, said professor Jean-François Delfraissy, who heads the scientific council that advises the government on the pandemic, in an interview with RTL radio on Monday.

The number of people hospitalized in France with the virus has climbed sharply in recent weeks, putting renewed pressure on intensive care units (ICUs). COVID-19 patients now fill more than two-thirds of the ICUs in the Paris region.

France registered a record 52,010 new confirmed coronavirus infections over the past 24 hours, the health ministry said in a statement on Sunday, as a second wave of cases surges through Europe. The new cases took the French total to 1,138,507, with France now ahead of Argentina and Spain to register the world's fifth-highest number of cases after the United States, India, Brazil and Russia.

Dr. Eric Caumes, head of the infectious and tropical diseases department at Paris’ Pitie-Salpetriere Hospital, told broadcaster Franceinfo on Monday that “we have lost control of the epidemic, though it doesn’t date from yesterday.”

Delfraissy warned that this latest wave of the virus could be “stronger than the first” and is spreading all around Europe.

European leaders warned of difficult months ahead as the resurgent COVID-19 pandemic forced authorities to impose new restrictions to try to curb the spread of the disease. Word that a vaccine being developed by the University of Oxford and AstraZeneca Plc produced immune responses in both elderly and young people offered some positive news. However, British Health Secretary Matt Hancock cautioned that the vaccine would not be widely available until next year and said: "We're not there yet."

Elsewhere in the continent, the picture was unrelentingly grim as a string of countries reported record increases. "We are facing very, very difficult months ahead," German Chancellor Angela Merkel told a meeting of leaders from her Christian Democrat party, according to daily Bild. Although Germany has fared relatively well compared with other countries in Europe, it too has seen a sharp rise in cases and the closely watched Ifo business climate index fell on Monday, reflecting the worries over the virus. The gloom around the resurgent virus weighed on financial markets, where oil prices dropped on concerns of another slide in demand and stock markets also fell.

In Spain, which has had more than 1 million cases of the disease, Prime Minister Pedro Sanchez warned the country was facing an "extreme" situation as he announced a new state of emergency on Sunday, imposing local nighttime curfews and banning travel between regions in some cases.

Italy, the country worst hit in the early stages of the crisis in March, also imposed new curbs, ordering restaurants and bars to close from 6 p.m. and shutting down cinemas and gyms and imposing local curfews in several regions. Street clashes with small groups of protestors over the weekend and angry criticism from restaurant owners and business groups about the impact of the measures underlined the increasingly tense climate facing Prime Minister Giuseppe Conte.