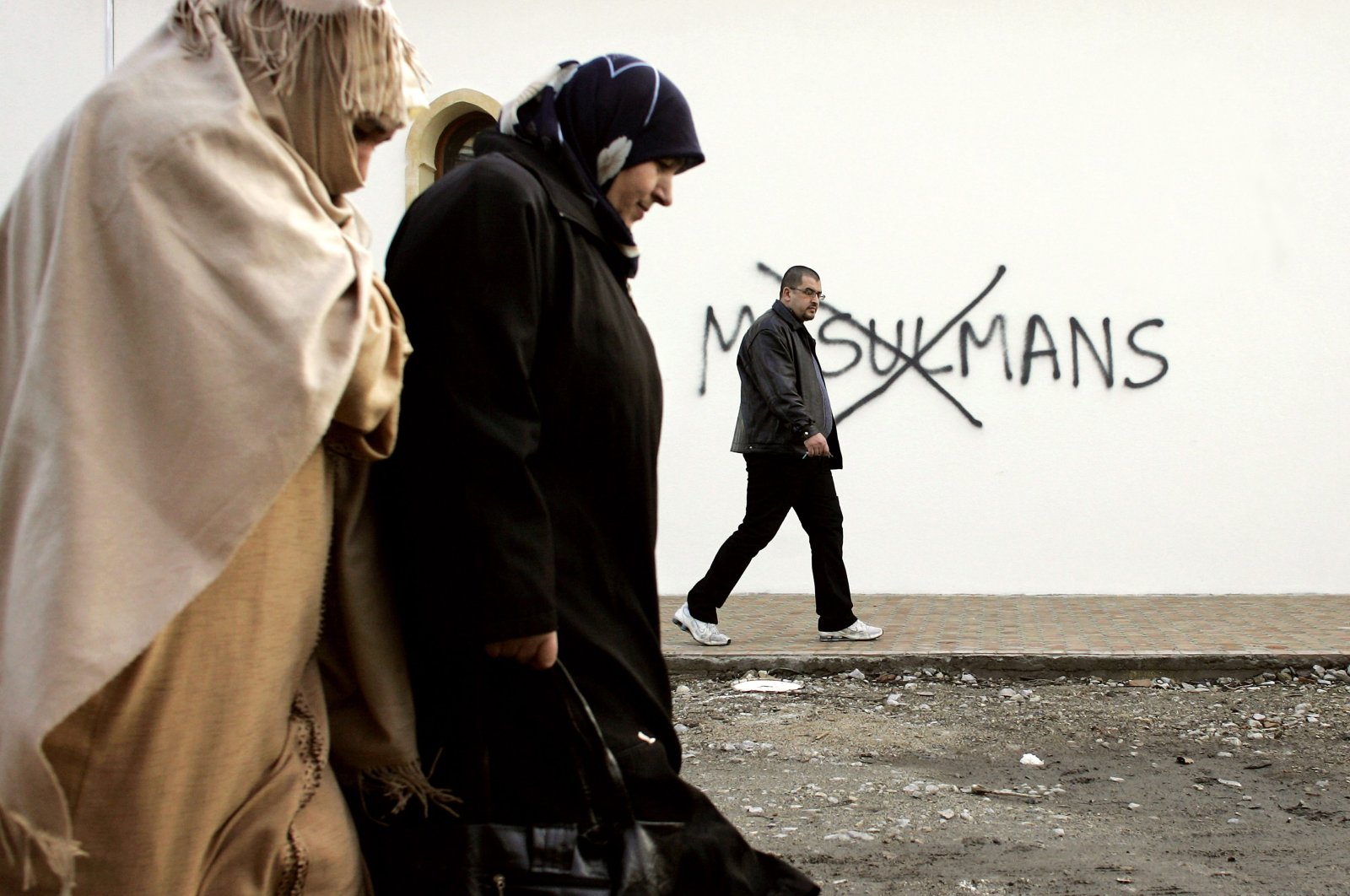 An organization representing French Muslims has said that those involved in recent attacks in the country do not represent the Muslim community, accusing far-right groups of exploiting the situation for election purposes.

The world was shocked by knife attacks on two people outside the former offices of the weekly magazine Charlie Hebdo in September, the beheading of teacher Samuel Paty in a Paris suburb in October and the brutal killing of three people inside Nice's Notre Dame basilica on Oct. 29.

"The biggest sorrow for Muslims in France is these kinds of vicious terrorist attacks. They are trying to find a solution to express that these attacks have nothing to do with the religion of fellow citizens who are not Muslims and not knowing Muslims very well,” Sarıkır told Anadolu Agency (AA), blaming the media and far-right political parties for fueling sentiments against Islam in the country.

"They are saying things like, 'see, Islam and Muslims are involved in such atrocities.' This greatly upsets Muslims," said Sarıkır, who hastily added that this is not the general view in France.

"For example, in a recent attack on the church in Nice, those in charge of the church sent positive messages to the Muslim community. They supported us and said we can live in a friendly atmosphere and that these incidents have nothing to do with Islam,” he said, adding that those who committed the terrible acts of violence were not raised in the Muslim community of over 5 million that call France home.

The pressure that French Muslims experience in the light of recent events, however, is undeniable.

"When there is a terrorist attack, the media puts our religion under the scanner. Muslims are living under this pressure. But it would be wrong to say the French state is pressuring Muslims,” Sarıkır explained, instead blaming far-right groups.

"Media carries an important responsibility in this regard. Unfortunately, we are longing for a more conscious media which is sensitive to these issues. They quickly come up with sensational headlines, which we disapprove of," he said.

According to Sarıkır, the media falsely described one suspect, who was killed in the city of Avignon after police found him wielding a handgun in the street and reportedly threatening a North African shopkeeper in October, as an "Islamist."

A police source later told French daily Le Figaro that the suspect had been undergoing psychiatric treatment and was believed to be a member of Generation Identitaire, a French branch of the anti-migrant, xenophobic group Generation Identity, which attracts young people through social media by exploiting fears over refugees and terrorism. Its members have propagated white supremacist ideas and anti-Muslim and racist conspiracy theories.

The role of French President Emmanuel Macron in the crackdown on Muslims in the country is enormous as he has gradually adopted stronger anti-Islamist rhetoric intended to draw in Islamophobes. He said in October, "Islam is a religion that is in crisis all over the world today; we are not just seeing this in our country," adding that he is seeking to "liberate" Islam in France from foreign influences by improving the oversight of mosque financing.

Last week the French president held a meeting with the heads of leading Muslim organizations, which Sarıkır attended.

According to Sarıkır, Macron listened to all the representatives from nine different organizations for two hours while they transparently raised their issues.

"The creation of the French Council of Imams has been on our agenda for four years under the Council of the Muslim Faith (CFCM). We have been working on this for four years and we finally were able to present this to our president,” said Sarıkır.

Noting that there are more than 2,500 mosques in France and imams in those mosques need to be accredited, Sarıkır said the state does not interfere with the process but wants to see systematic work in this area.

"Nine organizations under CFCM will propose whom to be granted with accreditation. After checking the applications for certain criteria, the presidents of those nine organizations, and nine imams from those organizations will vote on the decision,” he explained.

They are working on the details very closely, Sarıkır said, adding that the creation of the Council of Imams will bring Muslims a sense of trust and also strengthen them in terms of representation.

In the declaration adopted after the meeting with Macron, the controversial words "open Islam” were written. Sarıkır said the phrase is supposed to mean that the religion is available to everyone, not that the country is creating a new Islam.

"Open Islam means to open it to everyone and be transparent and inclusive, not changing the religion. This would challenge the core of our religion and I strongly reject the criticism that claimed we were trying to change Islam," he clarified.

Sarıkır also recently disagreed with classifying Islam with ideologies like liberalism or secularism, or nationalities such as Turkish Islam, Arab Islam or French Islam.