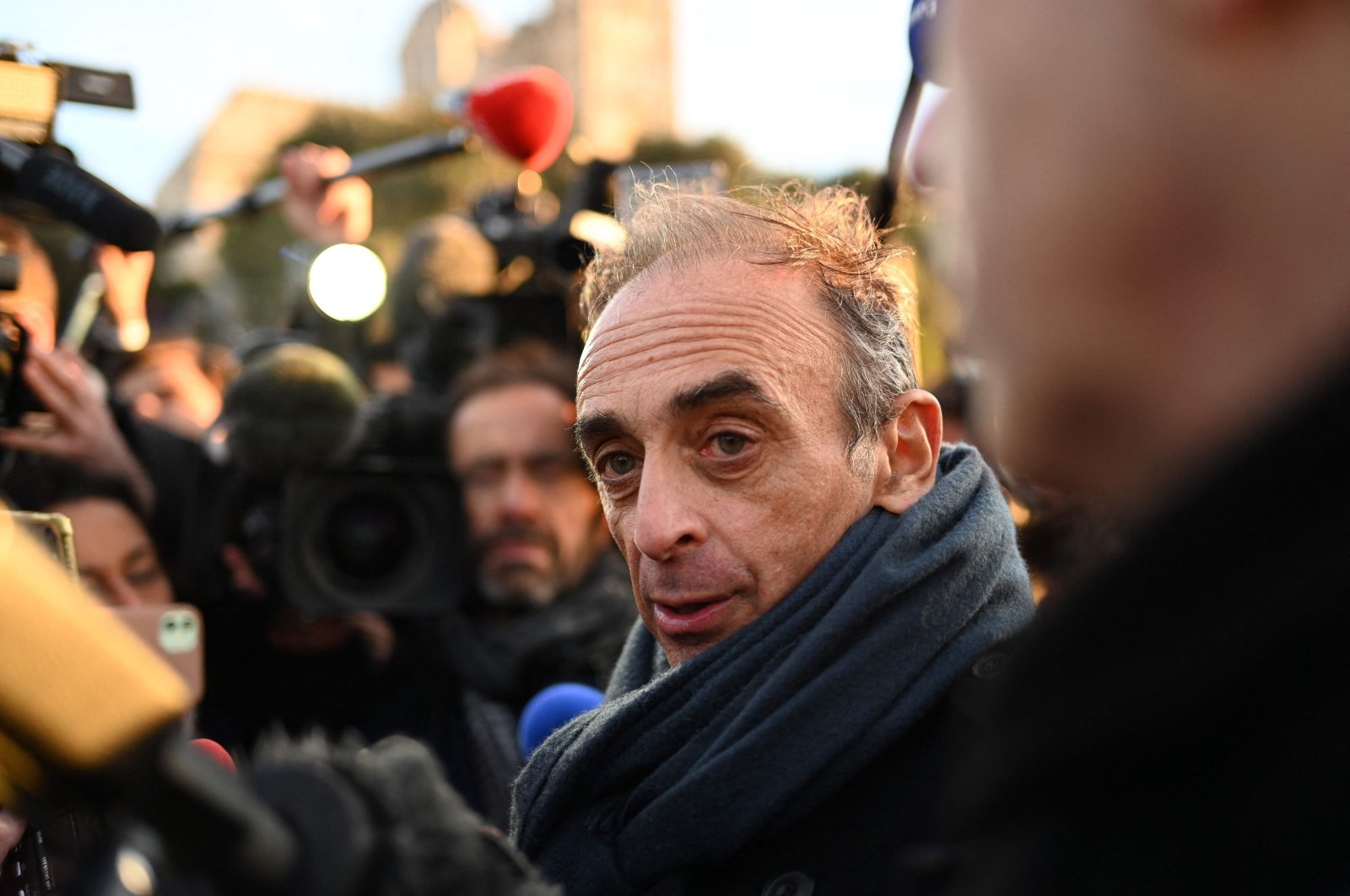 Far-right pundit Eric Zemmour announced Tuesday that he would run for the French presidency in the 2022 election, in a YouTube video heavy on anti-immigrant warnings and pledges to restore the country's "grandeur" on the world stage.

"It is no longer the time to reform France, but to save it," Zemmour said, claiming that many voters "no longer recognize your country."

Zemmour, a former journalist who has been convicted for inciting hatred, has become the top contender to challenge Marine Le Pen, leader of the more established far-right National Rally, for a place in a second-round against President Emmanuel Macron.

"For a long time I was happy with the role of journalist ... but I no longer trust that a politician will have the courage to save the country from the tragic fate that awaits it," Zemmour said in a video. "That's why I have decided to stand in the presidential election," he added.

His Islamaphobic comments on Islam and hardline criticism of immigration pandering to the right-wing have made him a polarizing figure, drawing support both from Le Pen's voter base and but also from the mainstream conservative right, while alienating others in France, including millions of French Muslims.

After a meteoric rise in opinion polls over the past weeks, with several surveys forecasting he would make it to the election's run-off round, his popularity has been slipping.

At this stage, most opinion polls forecast that Macron and Le Pen will face each other in the second round next April, which Macron would be likely to win in a repeat of the election of 2017. But Zemmour led Le Pen for a while in recent weeks, and the race for the number two spot is still neck-and-neck in some surveys. There is plenty of time for the race to change again by April.

"So far, it was a warm-up. The real race begins," said an email by a spokesperson for "Friends of Eric Zemmour," sent to his supporters ahead of the video's publication. Zemmour's campaign has been stalling after various mishaps.

One was at the weekend when he was photographed giving the middle finger to a protester following a tumultuous campaign stop in Marseille. He also sued gossip magazine Closer after it claimed he was expecting a baby with his chief political aide.

Opinion polls also show he has shocked some voters with provocative comments – from saying children shouldn't be given foreign-sounding names to claiming that the French government which collaborated with the Nazis during World War II had protected French Jews. And he has lost the backing of some high-profile supporters, French media say.

Zemmour is due to appear on the TF1 flagship news program on Tuesday evening, a traditional step for candidates.