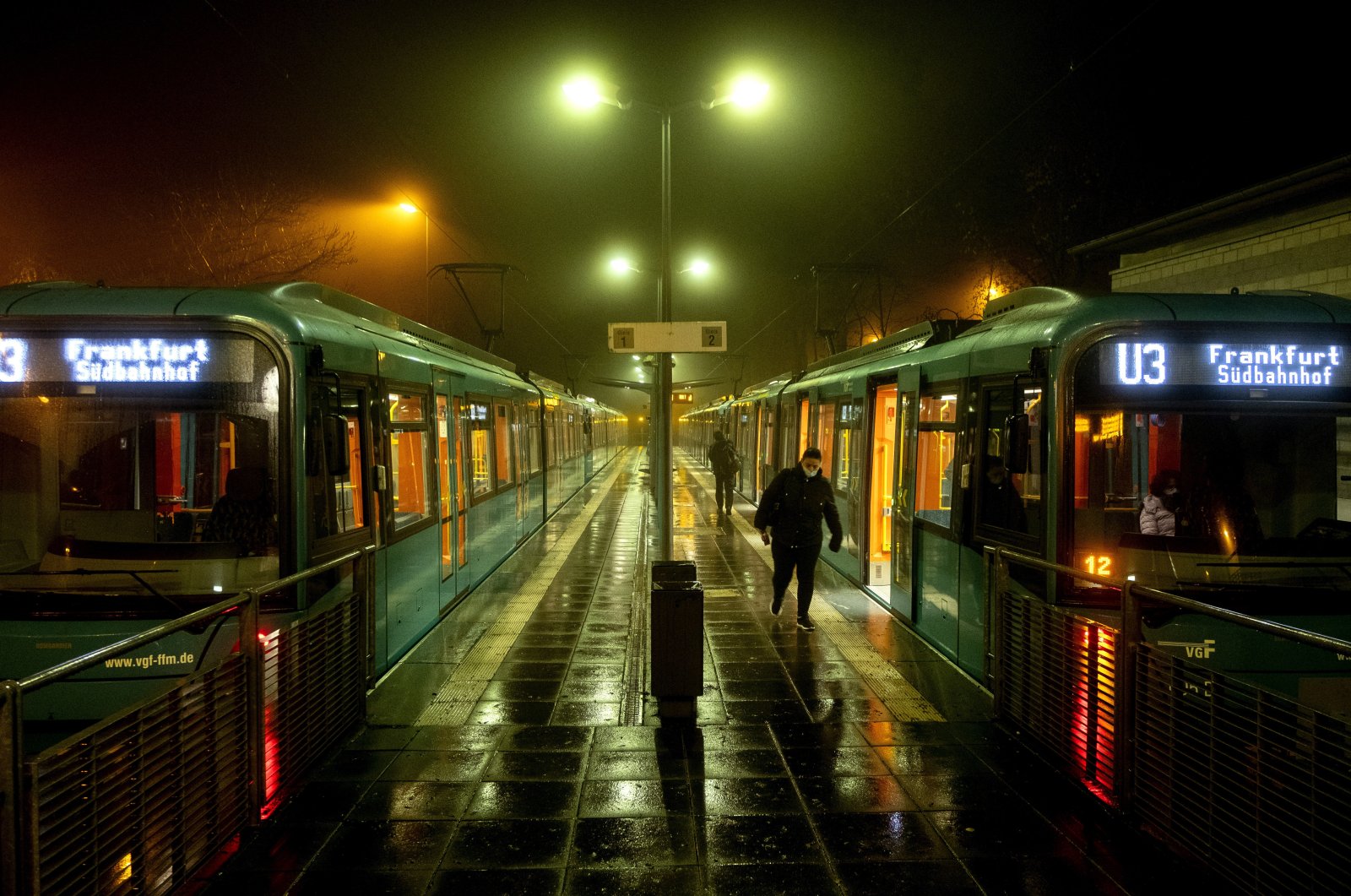 A woman walks away from a subway station during the coronavirus pandemic in Oberursel near Frankfurt, Germany, Nov. 12, 2020. (AP Photo)
by Reuters Jan 23, 2021 6:01 pm
RECOMMENDED

Passengers on public transport systems should avoid talking to one another or on the phone in order to minimize the risk of spreading the coronavirus, the French National Academy of Medicine said.

"The mandatory wearing of masks on public transport, where social distancing is not possible, should be accompanied by one very simple precaution: avoid talking and making phone calls," the academy said in a statement.

Academy member Patrick Berche said on BFM TV on Saturday that if there were only three people in a subway car, there was no problem, but if you were only 2 centimeters (0.78 of an inch) away from the next person, it made sense not to converse or talk on the phone.

"It is not an obligation; it is a recommendation," he said.

The academy is not an official advisory body. It can respond to government questions but also issues recommendations, which sometimes go against official policy.

The academy – which was founded in 1820 – criticized a recent government recommendation to wear only surgical masks in public, rather than masks made of fabric.

"The proposed tightening of the regulation (on masks) is based on a precautionary principle, but it lacks scientific proof," the academy said.

It said that fabric or homemade masks were efficient against the spread of coronavirus as long as they were worn correctly and that most infections took place in situations where people took off their masks.

"Such a change in recommendations concerning a practice with which the entire population had become familiar, risks sparking incomprehension and could revive doubts about the soundness of official policies," the academy said.