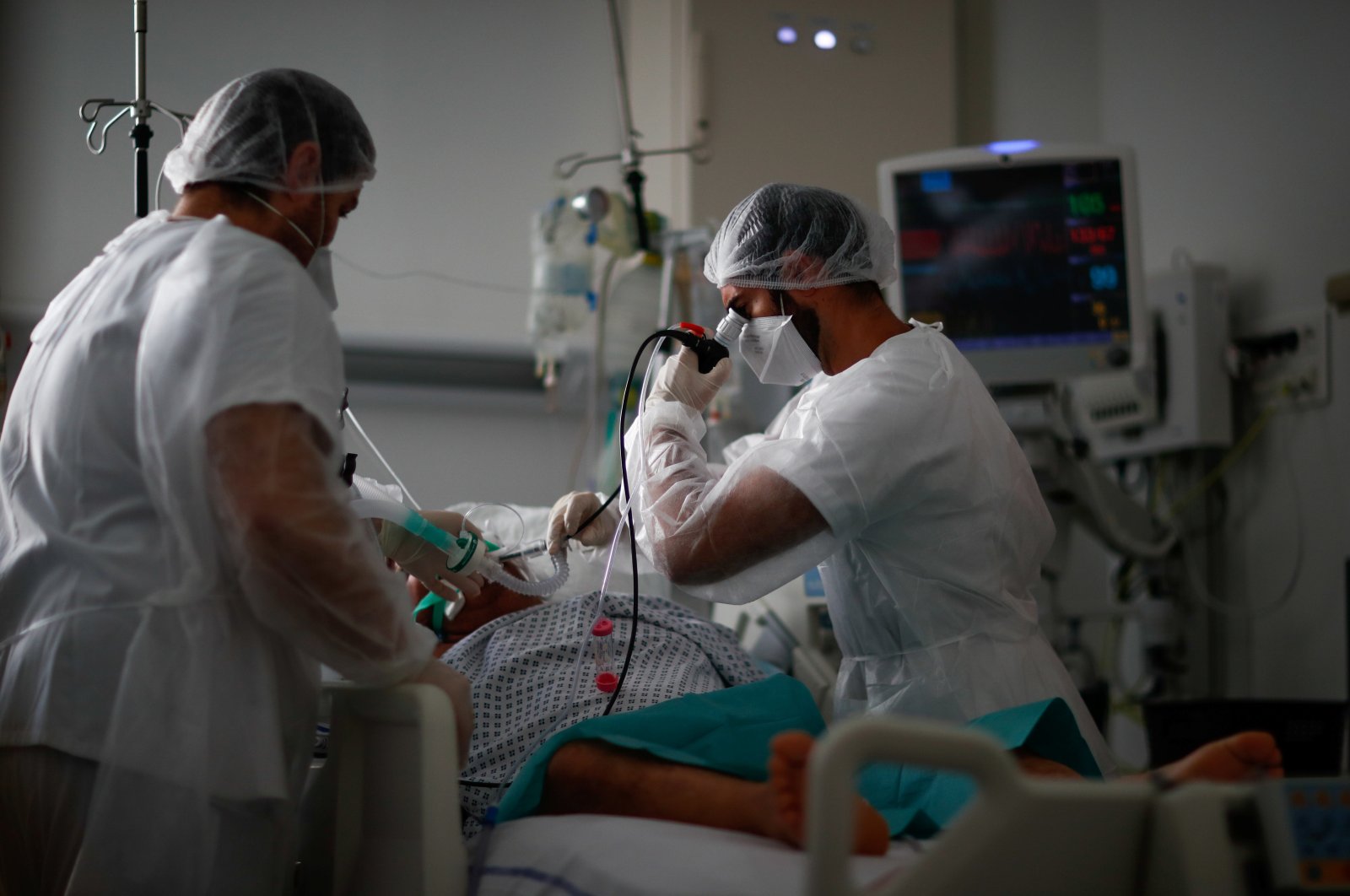 Doctors treat a patient suffering from COVID-19 in the intensive care unit (ICU) at the Robert Ballanger hospital in Aulnay-sous-Bois near Paris during the outbreak of the coronavirus in France, Oct. 26, 2020. (Reuters Photo)
by Anadolu Agency Oct 29, 2021 1:34 pm
RECOMMENDED

Around 1,300 French nursing students have resigned due to fatigue and over exhaustion amid the COVID-19 pandemic, leading to staff shortages at hospitals in France, the country’s health minister acknowledged Thursday.

Responding to the findings of a report by France’s Scientific Council released earlier in October that 20% or one in five beds at public hospitals remain closed due to staff shortages, Health Minister Olivier Veran disclosed that many nursing students were leaving training midway.

The number was not in the thousands but around 1,300 nursing students between 2018 and now, he noted. The probable reasons for the resignations, Veran recalled, could be because the first internship for many of these students came at the time of the first wave of the pandemic and the demands of the COVID-19 hospitals were different from routine hospital service.

In addition, nurses were also tired, as many were forced to cancel their leave due to the health crisis and needed time off from the service to take care of themselves.

According to a flash survey conducted in the scientific report, hospitals in France were suffering from a large number of vacancies within five professions: nurses, staff working in blocks, anesthesiologists, radiology technicians and physiotherapists. As a result, large regional hospitals were forced to close beds due to the lack of health care staff.

The report cited results from a study conducted in intensive care units that said caregivers were inflicted with insomnia, anxiety, depression, post-traumatic stress and burnout. Veran said the crisis was not unique to France and many countries across Europe were in a similar situation with their health care providers who have been overworked during the peak waves of the pandemic. He affirmed that hospitals were closing beds due to a shortage of nursing staff but refuted the figure of 20%.

He said the Health Ministry was working with regional stakeholders to find a solution to the staff shortage and ensure that the administering of health care is not interrupted.

Government spokesperson Gabriel Attal on Wednesday announced an investigation into all health facilities to find out the reasons behind the staff shortages and closure of beds.