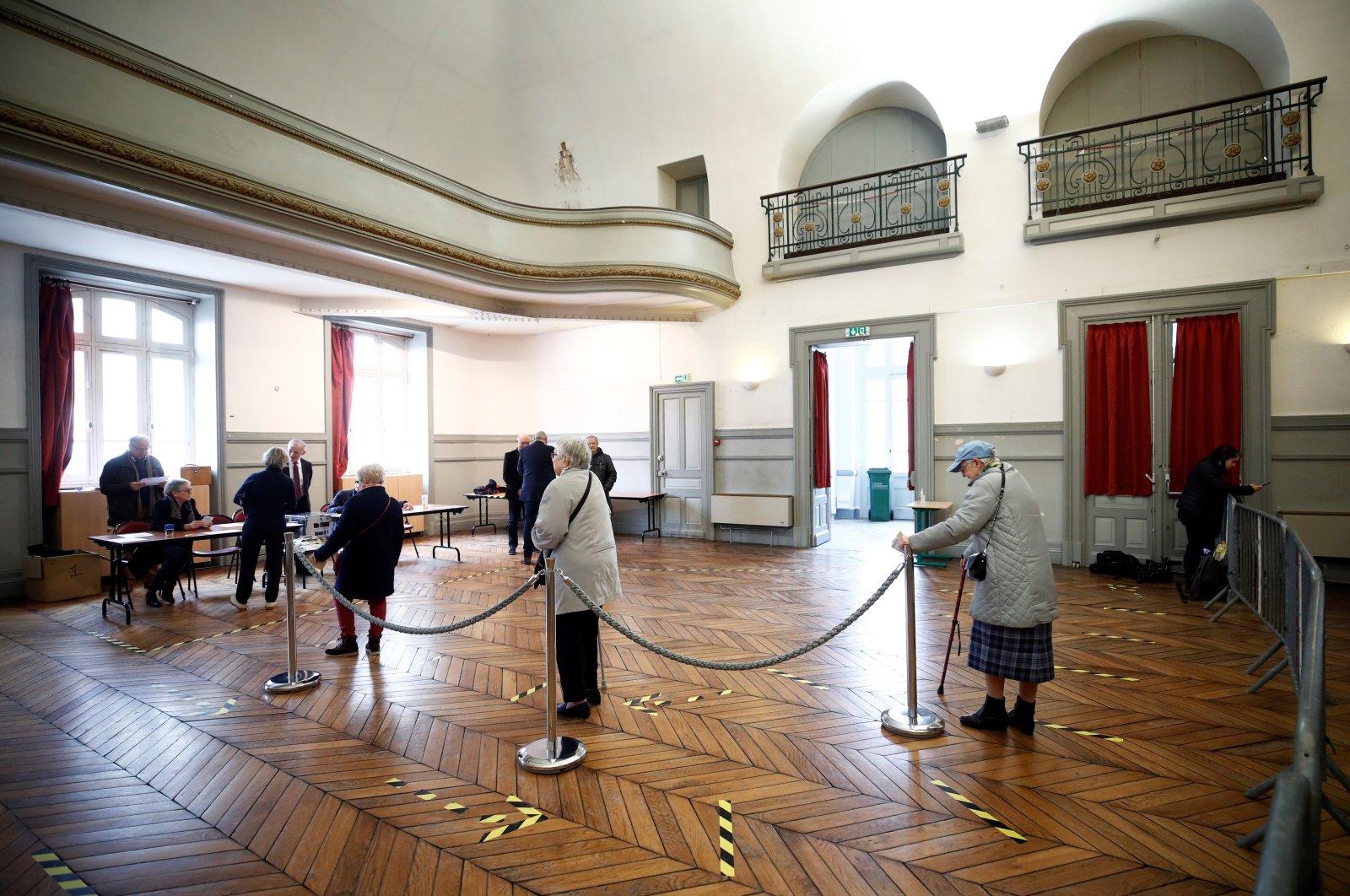 Voters line up inside a polling station during the first round of mayoral elections, Auray, March 15, 2020. (REUTERS Photo)
by Compiled from Wire Services Mar 15, 2020 12:47 pm
RECOMMENDED

The first round of voting in French local elections kicked off on Sunday, even as public life was drastically scaled back across the country due to the coronavirus pandemic.

Organizers are under orders to allow a 1 meter (3-foot) gap between people in lines and to provide soap or hydro-alcoholic gel and disinfectant wipes for voting machines. Voters were told to bring their own pens to sign the voting register.
Prime Minister Edouard Philippe on Saturday evening ordered the shutdown of most shops, restaurants and entertainment venues beginning at midnight and urged people to stay at home after the number of coronavirus cases doubled in 72 hours. However, Philippe confirmed that the election would proceed under strict health guidelines with people asked to keep their distance from one another.

Authorities said on Saturday that 91 people had died of the virus and more than 4,500 were infected, including 300 who were in intensive care.
The government has urged people over 70 to stay at home as much as possible.
If no list gets the absolute majority in the first round, all lists that receive more than 10% of votes will qualify for the second round, currently scheduled for March 22.
While most voters cast ballots based on local considerations, the elections are an important gauge of public sentiment before the 2022 presidential election.

President Emmanuel Macron decided to go ahead with the elections last week despite concerns that people may be more at risk at polling stations, saying it was vital that the democratic system continue functioning.
France's municipal elections traditionally see a higher turnout, with local politicians often viewed in a better light than their national counterparts as they are considered more in touch with what's going on in people's everyday lives.
The elections are an important test for Macron after a wave of protests over the last year, first from the "yellow vests" movement and now from opponents of his plans to reform the French pensions system. His party is not expected to do well.