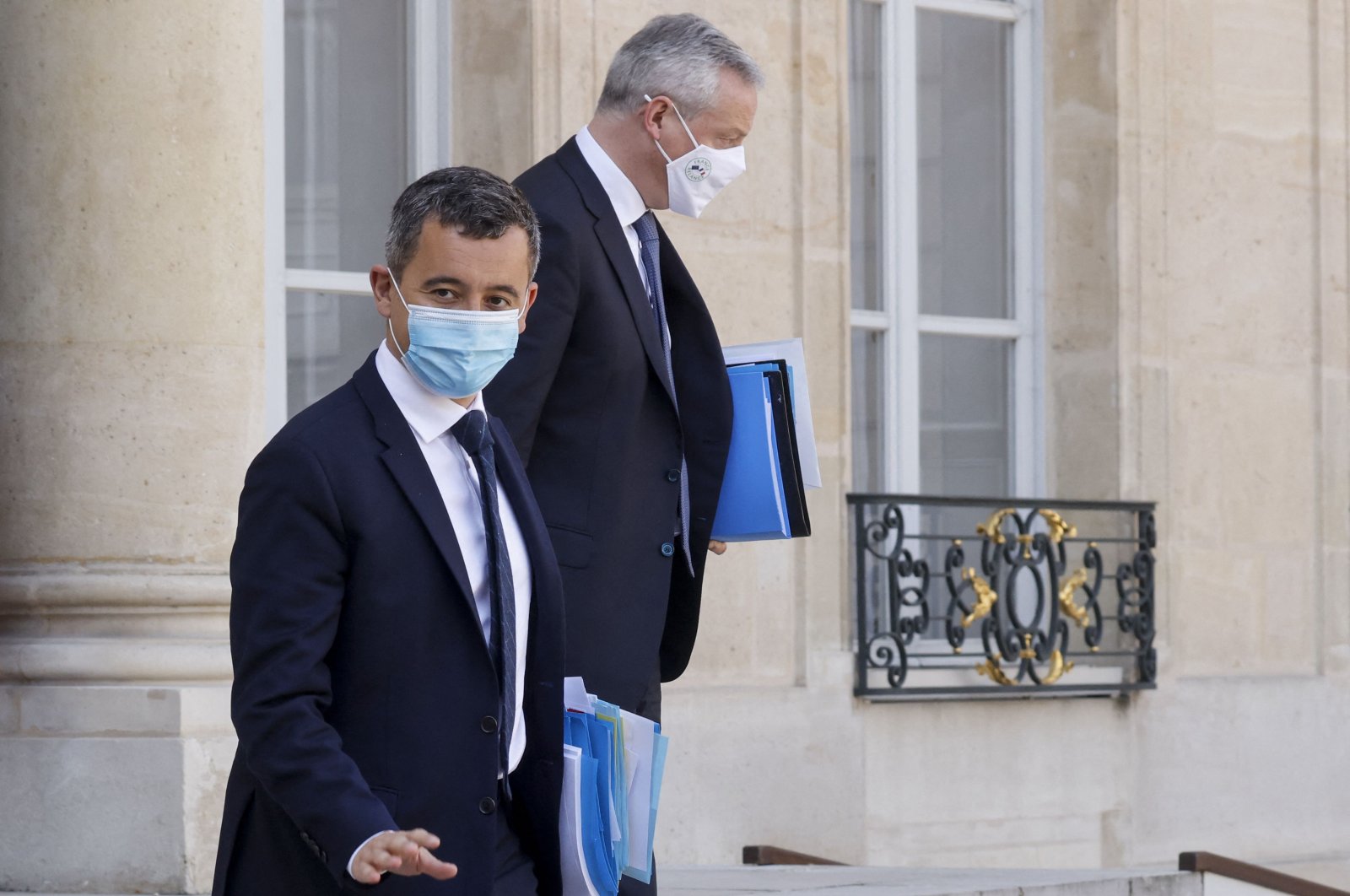 Gerald Darmanin said the measures, approved by senators on Tuesday, amounted to "suppression of religious expression."

The "Republican values" bill is currently being discussed in the upper house, which also approved a third amendment preventing young girls from concealing their faces or wearing religious symbols in public areas.

Though the text of the bill does not expressly mention the Islamic veil, the contentious issue of prohibiting mothers who voluntarily accompany their children's school trips from wearing the garment had previously been raised in the Senate on three occasions since 2019 and rejected every time.

Senator Max Brisson of the right-wing Les Republicains tabled the amendment, arguing that school trips are educational and that neutrality must be imposed on all who participate in them, including parents.

Representing the government, Darmanin warned the house to "beware of this excess measure which would tip [Muslims] to the wrong side."

"I find it quite paradoxical that we absolutely want to suppress all religious expression of parents," he said, backed by Socialist Party Senator Didier Marie, who said the amendment would be "dangerous" for suggesting a causal link between the veil, political Islam, radicalism, separatism and even terrorism.

Laurent Lafon, chairperson of the Committee on Culture and Education, questioned whether the bill was "misleading the target."

Darmanin also opposed the text to prohibit burkini. "We cannot in principle deprive the expression of a religious opinion. Neutrality is not imposed on users of the public service," he said, adding: "Are we going to ban tomorrow the wearing of religious symbols in a bus, which is a public space?"

The proposal on parents accompanying on school trips was accepted with the majority of votes,177, in favor and 141 against. The proposal to prohibit wearing burkinis at swimming pools and public bathing areas received wider support.

The Senate will continue to discuss the bill until April 8, after which it will be tabled before a joint committee where the amendments opposed by the interior minister can be excluded from the final text.

The bill has been widely condemned for indiscriminately targeting the French Muslim community on the grounds of curbing extremism and radicalization.