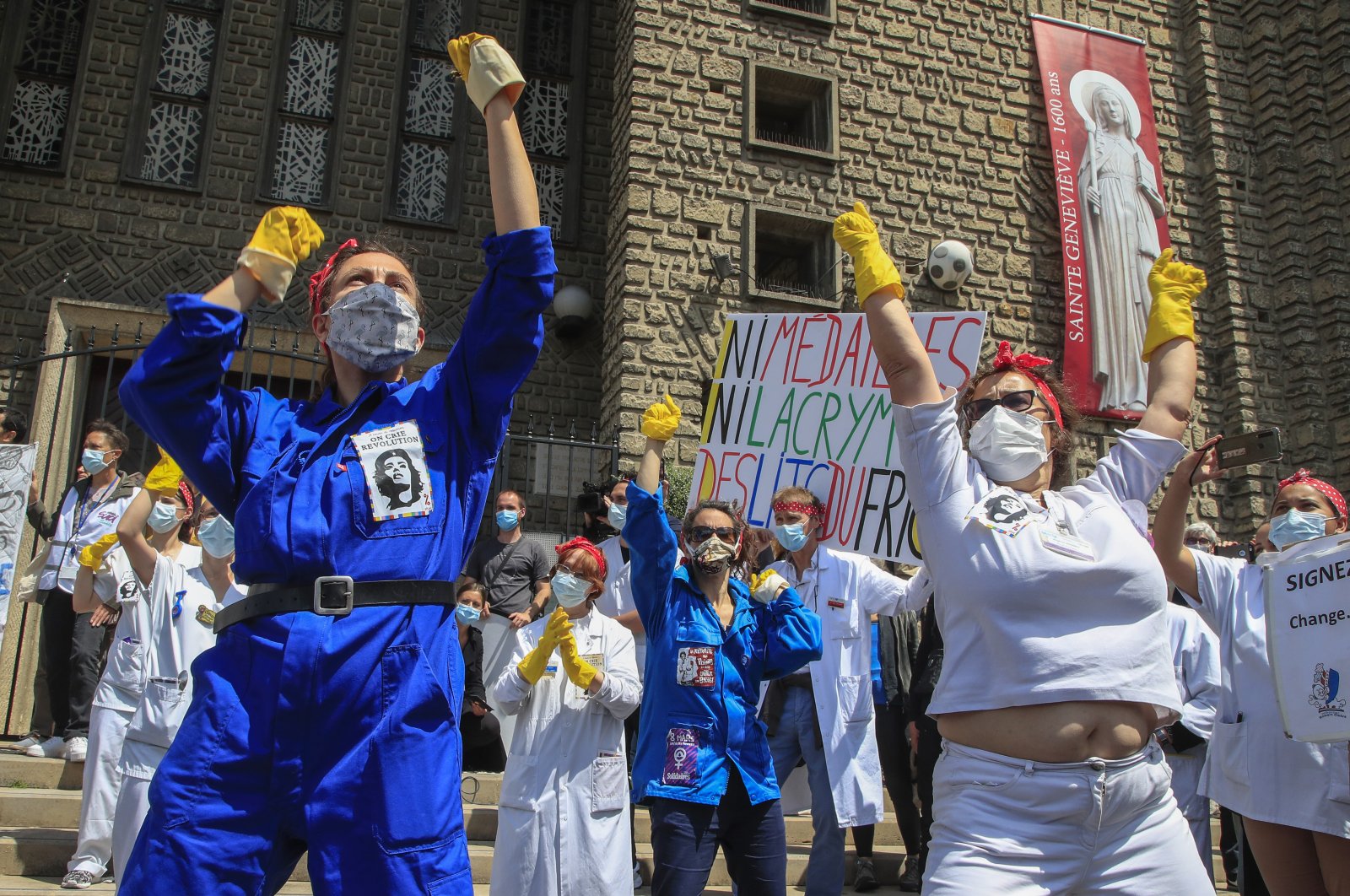 At the peak of the COVID-19 crisis in France, 29-year-old nurse Justine Debrie volunteered to work in a hospital coronavirus unit. Now she wants to know how the French state is going to recognize her sacrifice.

"I don't know if the public really understood us," she said in her studio apartment in Paris after cycling home at the end of a 12-hour shift in the Robert Debre children's hospital.

"We give them care, and we'll need care too, sooner or later. We're human beings too," she said.

On Tuesday, dressed in her hospital scrubs and carrying a sign she painted at her apartment, Debrie met up with colleagues outside her hospital and together they marched toward the health ministry headquarters.

They were protesting for better wages and working conditions from the French government.

French health workers made the same demands before the coronavirus epidemic, but the outbreak has given their campaign new urgency.

In recognition of their contribution, the government paid health care workers a 1,500-euro ($1,692) bonus. For weeks, people came onto their balconies every evening at 8 p.m. to applaud carers.

Debrie's basic pay is around 1,900 euros per month, only 200 euros more than she earned when she first started in nursing eight years ago. She said staffing levels were such that she and colleagues had to rush through their shifts and could not give patients the attention they needed.

"The management of the pandemic, of the crisis, within the hospitals was made possible because each hospital worker was devoted," she said. "I'm angry because they're trying to appease us with charity."

The French government has promised a reform of the health care system which it says will involve massive investment and greater appreciation shown for health care workers.