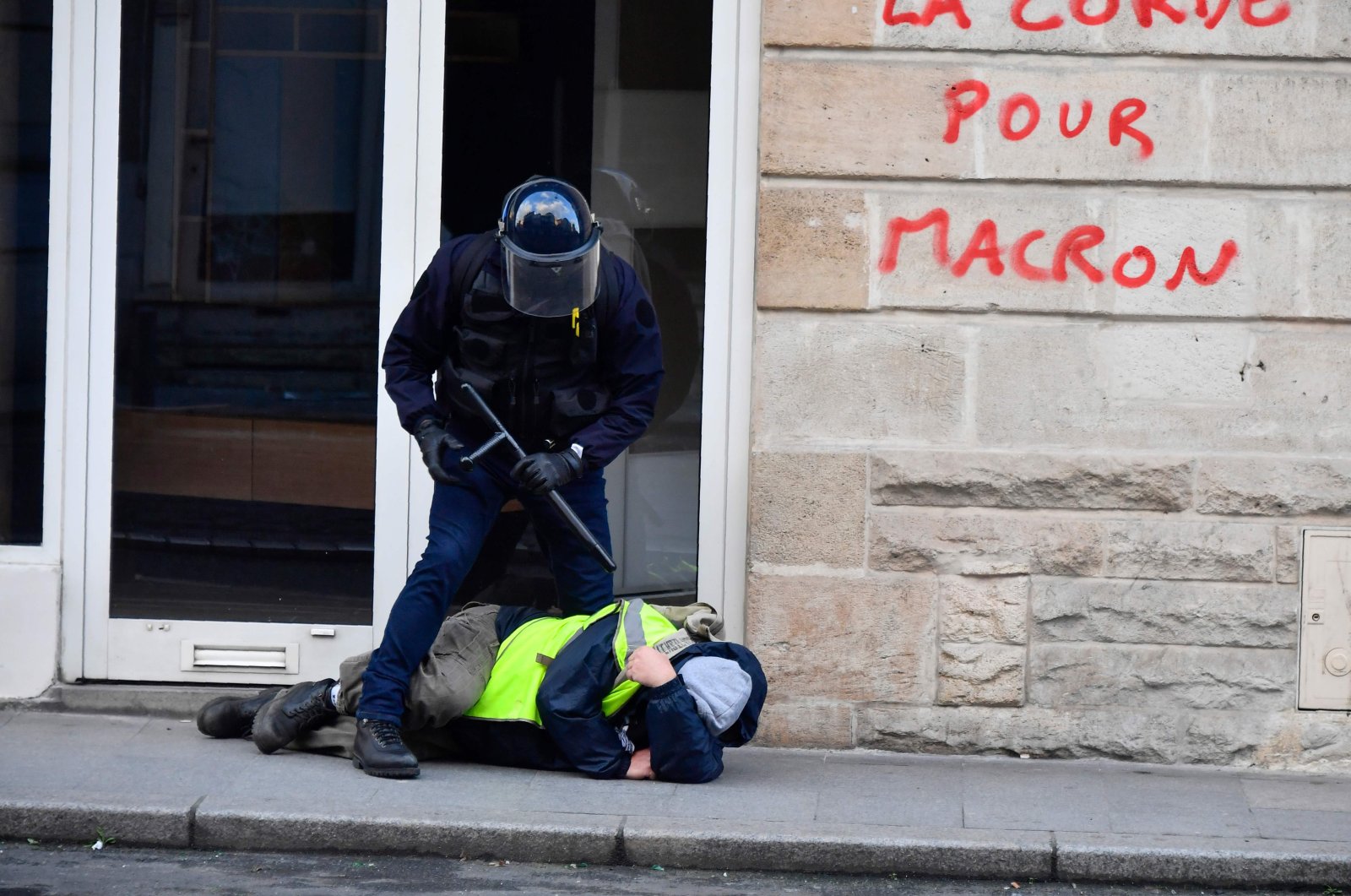 A riot policeman stands over a protestor wearing a yellow vest during clashes with protesters in a demonstration called by the "Yellow Vests" movement in Bordeaux, Feb. 2, 2019. (AFP Photo)
by DAILY SABAH Sep 17, 2020 4:58 pm
RECOMMENDED

A video showing a French police officer kicking and stomping on the head of a British man as he was arrested at a train station for “not wearing a face mask” sparked new concerns over radicalized police brutality in the country.

The footage captured by passengers showed the 42-year-old Englishman lying on the ground as he was detained by two officers at a station in Orleans on Tuesday.

According to media reports, the British man refused to wear a mask on the train bound for Toulouse when the police arrived at the scene to escort him.

However, during the arrest, the police officers shocked everyone present with their brutal method of detention. While one police officer was handcuffing the British man, his colleague started to hit the suspect on the head on the train platform, prompting the shocked passenger to cry out, "It's like the United States!" As the French officer was “jumping” on the man’s head, passengers confounded with fear condemned the impermissible method of detention.

After the incident, the French officer claimed that the arrested refused to obey, took out a Swiss army knife and reportedly stabbed one of the officers in the stomach. However, several passengers disputed the police's claim.

The shocking video also showed the French officer pointing at his police vest saying, “What does that say? This is marked ‘Police,’ not a damned social worker – I do not give a damn.”

According to a witness named Clemence, one of the policemen screamed: “You're in France here, you're not in your country.”