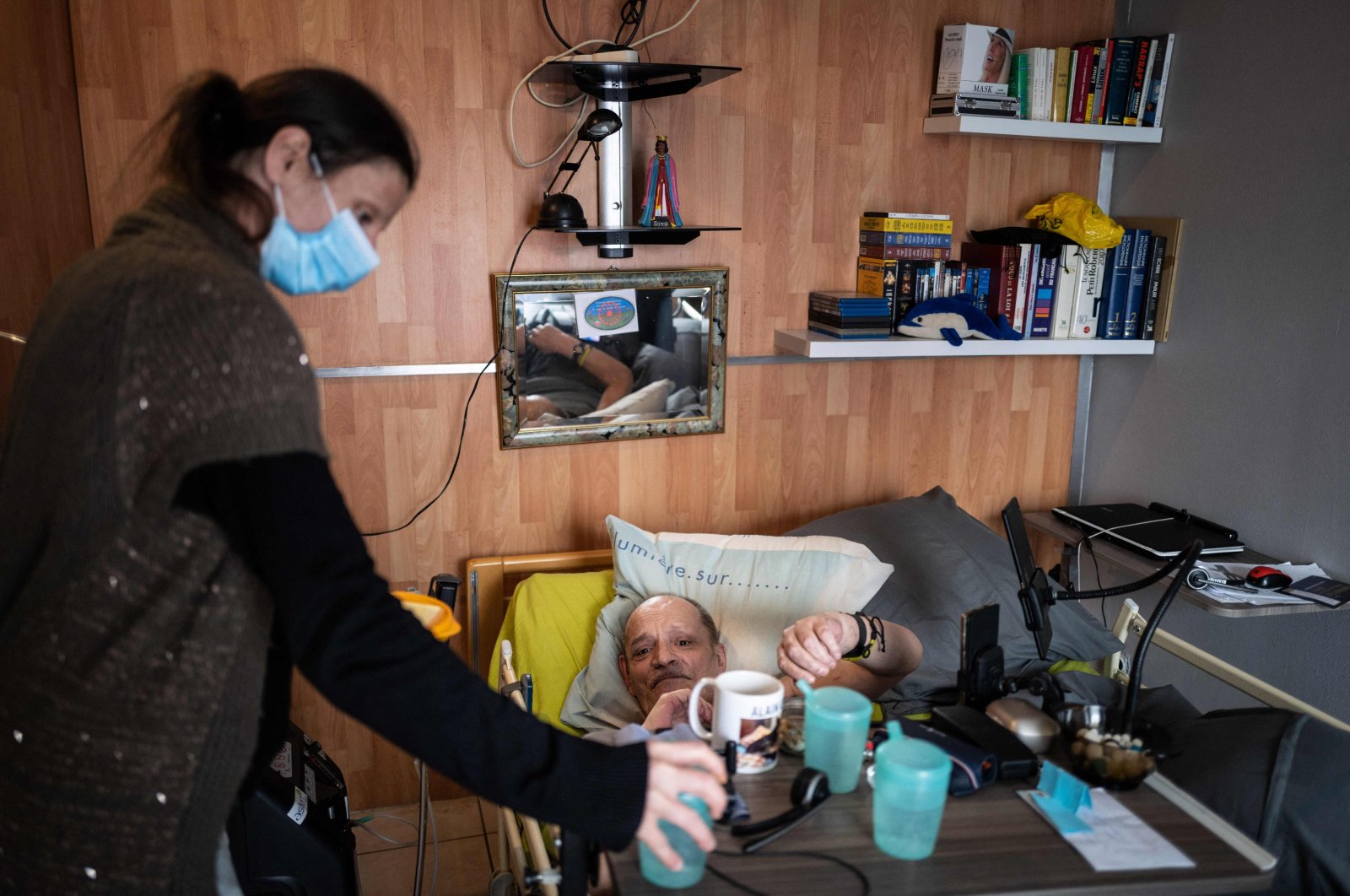 French lawmakers were deeply divided on Thursday over a bill to legalize euthanasia, as right-wingers plan to torpedo any vote with thousands of amendments and the government not taking sides.

If the draft law were to pass, France would become the fifth European Union country to decriminalize assisted suicide, after the Netherlands, Belgium, Luxembourg and Spain.

The bill was brought by Olivier Falorni from a centrist group of parliamentarians called Freedom and Territories, and he plans to use Thursday's National Assembly time allotted to his party to fight for a proposal that he says raises "existential questions."

He says it would end the national "hypocrisy" of French residents traveling to Belgium or Switzerland for assistance in suicide, while he claims French doctors already secretly perform between 2,000 to 4,000 acts of euthanasia every year.

The current law allows only deep sedation of patients suffering from incurable illnesses but no help for people to end their life.

Most deputies in President Emmanuel Macron's party, the LREM (La Republique en Marche, or “The Republic on the Move”), support euthanasia but the government has not weighed in on the debate.

Deputies hostile to euthanasia have filed 3,000 amendments ahead of the debate to slow down Thursday's proceedings and make it impossible to vote.

Some 2,300 amendments were brought by deputies from The Republicans (LR), an opposition party.

Falorni told AFP that the filings amounted to "obstruction," while his former party colleague Matthieu Orphelin called the amendments "shameful" as they made sure there could be no vote by midnight on Thursday when the debate must end.

"We want to debate. We want to vote. Parliamentary time is here. Let us respect it," 270 deputies from across the political spectrum said in an article published in the Journal du Dimanche newspaper.

Line Renaud, a much-loved singer, actress and activist, published an open letter on Saturday calling on parliament to give "every woman and every man the possibility to choose the end of their life."

Like in Spain, whose parliament last month became the latest in the EU to approve euthanasia, the Catholic Church in France is strongly opposed to euthanasia.

"The solution when a person faces suffering is not to kill them, but ease their pain and accompany them," the archbishop of Paris, Michel Aupetit, told France Inter radio.

Jean Leonetti, one of the deputies behind the current law, said euthanasia was "a major transgression" amounting to "murder."

Writer Michel Houellebecq said a euthanasia law would cause France to "lose every right to be respected."

Far-right leader Marine Le Pen said it was "indecent" to open the debate, while France was "trying to save lives" during the COVID-19 crisis.

While some parliamentarians are opposed to euthanasia on ethical or religious grounds, others have said the subject is too important to be handled in just one day of National Assembly proceedings.

If, as is expected, time runs out before any vote Thursday, another time slot will have to be found in parliament's busy legislative schedule.

The issue was given new momentum last year by Alain Cocq, a terminally ill Frenchman who planned to refuse all food and medicine and stream his death on social media.

He abandoned his initial bid after saying the suffering became too intense.

Cocq had written to Macron in September asking to be given a drug that would allow him to die in peace, but the president told him that was not possible under French law.

On Wednesday, Cocq called on the deputies to vote in favor of the bill.

"I want this agony to end," he told AFP, adding that some 10,000 people in France wanted their lives to be ended but were stopped by "these doctors" who he said claimed "the right to decide who lives and who dies."