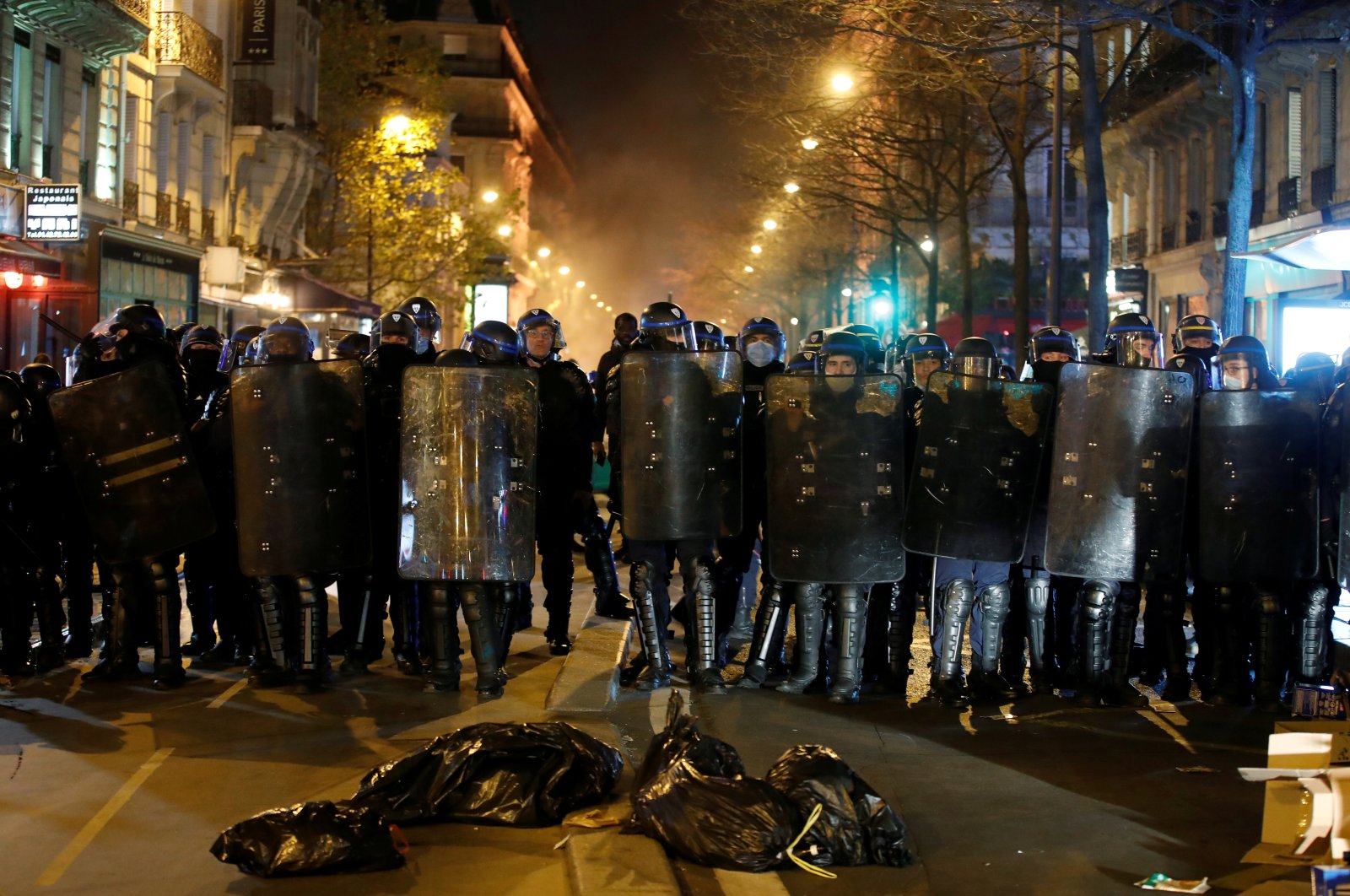 The French Parliament late Tuesday voted on a draft security law meant to expand some police powers and provide greater protection for law enforcement despite a stream of shocking social media videos that showed excessive use of force by police against protesters, minorities and migrants.

The move notably makes it a crime to publish images of police officers with the intent to cause them harm, a measure that has prompted repeated protests by civil liberties campaigners and media freedom groups. Under the plans, anyone convicted of circulating a police officer's image with the intention of seeing them harmed could be jailed for a year and fined 45,000 euros ($53,450).

After days of often tense debate, the bill received 388 "yes" votes, 104 "no" votes and 66 abstentions, with the conservative Les Republicains and far-right Rassemblement National mostly voting with the centrist La Republique En Marche and all leftist parties voting against it. The French Senate, controlled by the conservative opposition, will vote on the bill in January, after which it can go back to Parliament for a final vote.

The bill sparked multiple protests last Saturday in Paris and in other major cities throughout France, with more protests planned for this Saturday.

On Tuesday night, protesters took to the streets to show support for asylum-seekers and to denounce police violence and an unwelcoming policy toward migrants in France, after clashes were sparked when French police cleared out a new migrant camp at Place de la Republique in Paris.

French Interior Minister Gerald Darmanin on Wednesday expressed support for the Paris chief of police after clashes broke out during the dismantling of the migrant camp. French police opened a probe after photos and videos on social media showed police officers hitting demonstrators as they moved to clear out migrants' tents late Monday. Darmanin had called the images "shocking."

On Wednesday, the minister told France 2 television that police officers who had behaved unacceptably during the operation would be punished. But he added, as quoted by Reuters: "I reaffirm my confidence in the police prefect (Didier Lallement) ... I am not going to blame all police officers who intervened in this square, nor the prefect of police for the actions of a few of them."

The question of police violence in France has become mainstream since the yellow vest protests. On Monday, French police were filmed tossing migrants out of tents while evacuating a makeshift camp in the French capital, leading to accusations of excessive force. Last week, another video of migrants being hounded by French police as they tried to get some sleep in a park in the northern suburb of Saint-Denis after their camp was torn down prompted outrage from rights groups.

In the wake of black American George Floyd’s death at the hands of U.S. police and the global protests it unleashed, the French government has been under growing pressure to address long-running accusations of excessive police violence, particularly against minorities. Police have cleared dozens of similar sites in recent years around Paris. Young people in French working-class suburbs with a large immigrant population have long complained of police violence, with an upsurge in complaints during the first coronavirus lockdown earlier this year. Racist comments allegedly made by police officers in a Facebook group also sparked outrage.