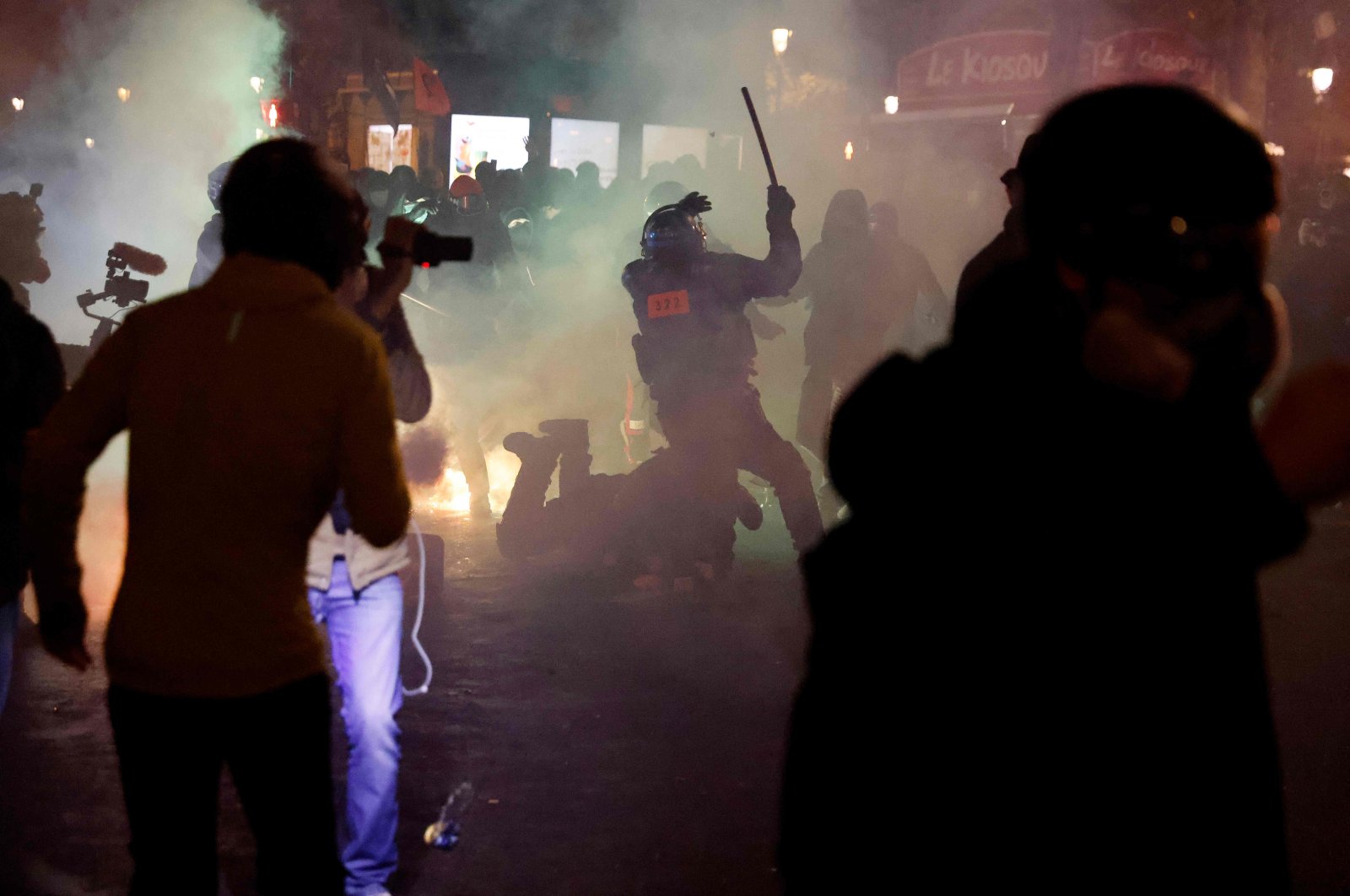 A Syrian photographer wounded at a weekend protest in Paris said Monday that the sight of "blood everywhere" during clashes between police and protesters brought back memories of a crackdown in his home country almost a decade ago.

Ameer al-Halbi, a freelance photographer who has worked for Agence France-Presse (AFP) and covered the Syrian civil war from his home city of Aleppo, needed treatment for face wounds that caused heavy bleeding.

AFP and other news organizations condemned the incident, and Paris police launched an internal inquiry to determine the circumstances under which al-Halbi was hurt while covering the demonstration.

Al-Halbi said he was hit while taking pictures of security forces using truncheons to disperse the protest at the Place de la Bastille in central Paris against new security legislation.

"It made me mad that in Paris the images of Aleppo came back. The same situation, with blood everywhere, nine years later," al-Halbi, 24, told AFP as he recovered at his home in Paris.

He said the situation reminded him of a demonstration he attended in Aleppo in 2012, in the early phase of the uprising against Bashar Assad's regime, where he was wounded by two bullets in the hand.

As in Paris, "I was stuck between the demonstrators and the police and could not go to the hospital immediately."

"I'm certainly not making a comparison between France and Syria – the violence there is incomparable," al-Halbi said.

"But it was shocking to relive it in Paris, in a place where I never imagined I would see blood everywhere," he said.

Al-Halbi said the clashes started when he arrived at the Bastille square but he continued taking pictures despite the increasingly tense situation.

"Just before (being hit) I took photos of police who were beating someone," he said.

Al-Halbi said he was so focused on taking pictures it was not clear what happened next.

"Police arrived and I found myself on the ground ... I think it was a single blow. People walked over me and then someone helped me," he said.

He said he did not have protective equipment since it had been "confiscated by the police" in a previous demonstration by anti-government "yellow vest" protesters, as he did not have a press card.

"I was more afraid of losing my camera than afraid for myself. I didn't think I was hurt, I didn't really feel the pain," he said.

"When I got to the end of the street, I saw blood on the clothes, on the camera," al-Halbi said.

Doctors operated on his nose and eye for 30 minutes without anesthetic as they feared a hemorrhage. "I cried. It was very painful," he said.

Al-Halbi, who arrived in France three years ago and has won several prizes for his coverage of Syria, said he had previously not believed that the police could use violence outside of his home country.

"The first time I covered a demonstration in Paris I took photos which showed violence but I was in a country that respected press freedom. So I did not expect this in Paris. It was a shock. I cannot sleep – I keep seeing it all again," he said.