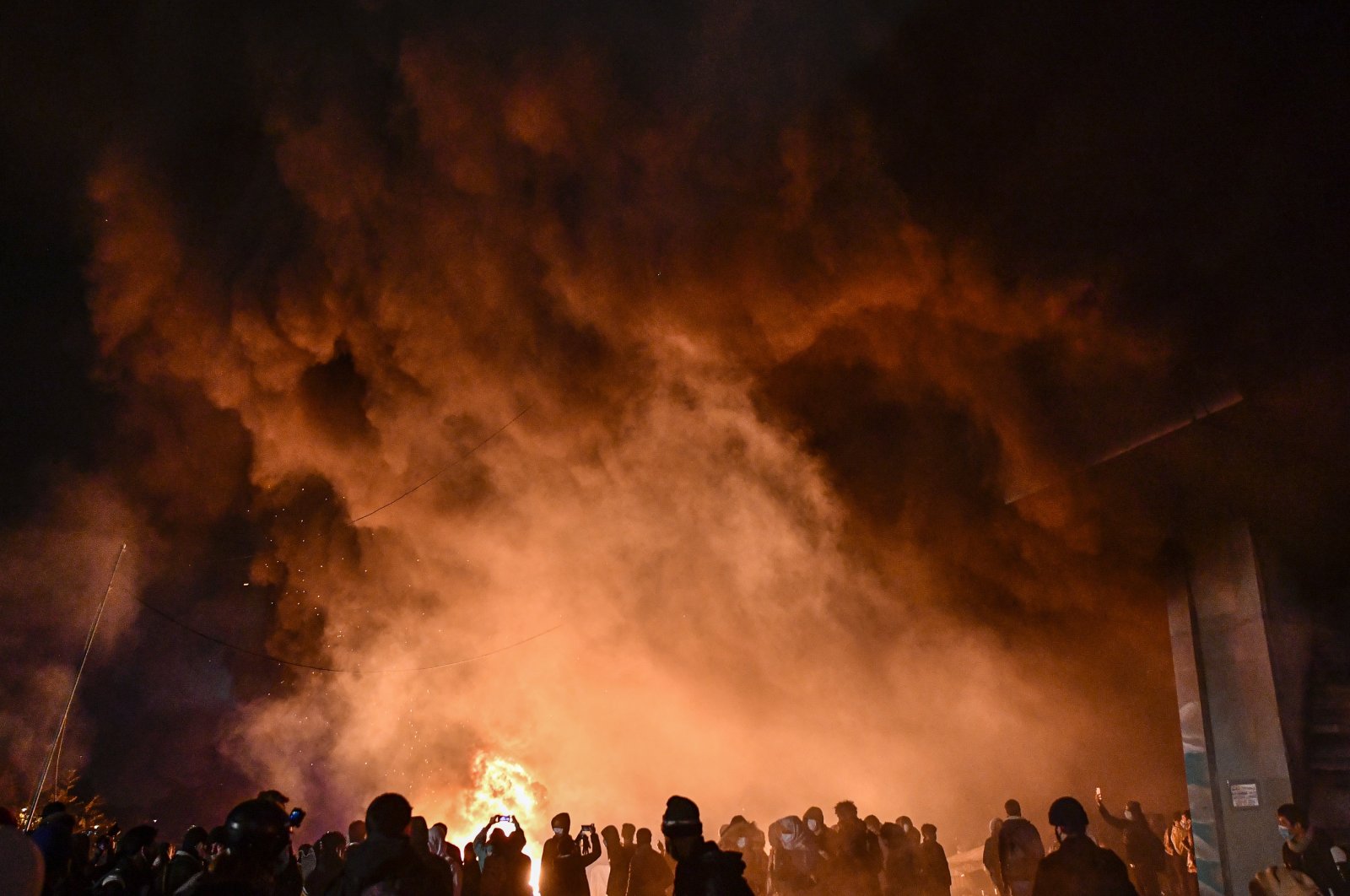 French police Tuesday launched an operation to clear a migrant camp of more than 2,000 refugees and asylum-seekers in the northern Paris enclave of Saint-Denis.

Police arrived before dawn at the camp, a mix of tents and improvised shelters made out of plastic sheeting and cardboard boxes under a flyover on the edge of the capital.

The migrants, which included some families with small children, were ordered on to buses. When there was a crush to board the buses, police deployed tear gas, according to a Reuters journalist at the scene. Some children were caught up in the tear gas.

The encampment, which held up to 2,400 people according to various sources, is located under the A1 motorway junction near the Stade de France, the main sports stadium outside the center of Paris in the commune of Seine-Saint-Denis. Representatives of nongovernmental organizations (NGOs) that work with the migrants also identified the number of migrants in the camp as at least 2,000.

The camp has since grown very large with the conditions deemed unsanitary, especially as it relates to COVID-19 with no water source for washing hands and very little use of masks.

In a statement, Paris police prefect Didier Lallemont said: "These camps are not acceptable. This operation takes place to ensure that people in a regular situation are sheltered and those in an irregular situation are not intended to remain in the territory," in a report from Anadolu Agency (AA).

Several hours after the raid started, hundreds were still waiting to board buses. Police said the people moved on from the camp would be given alternative accommodation.

Minister of the Interior Gerard Darmanin stood behind the action, saying on Twitter Tuesday: "Under my instruction, the Paris prefecture this morning is evacuating an illegal encampment of 2,000 people living in deplorable sanitary conditions in Saint-Denis. Thanks to the mobilized security forces and the agents of the 75th prefecture who ensure their shelter."

Earlier, a migrant camp in Calais was disbanded in 2016. Its horrid conditions had earned it the nickname "the Jungle."

The camp with 1,918 inhabitants, who were later moved to 80 shelters, became a symbol of the government's inability to manage a burgeoning immigration problem, especially on France's coast where migrants gather seeking a better life.