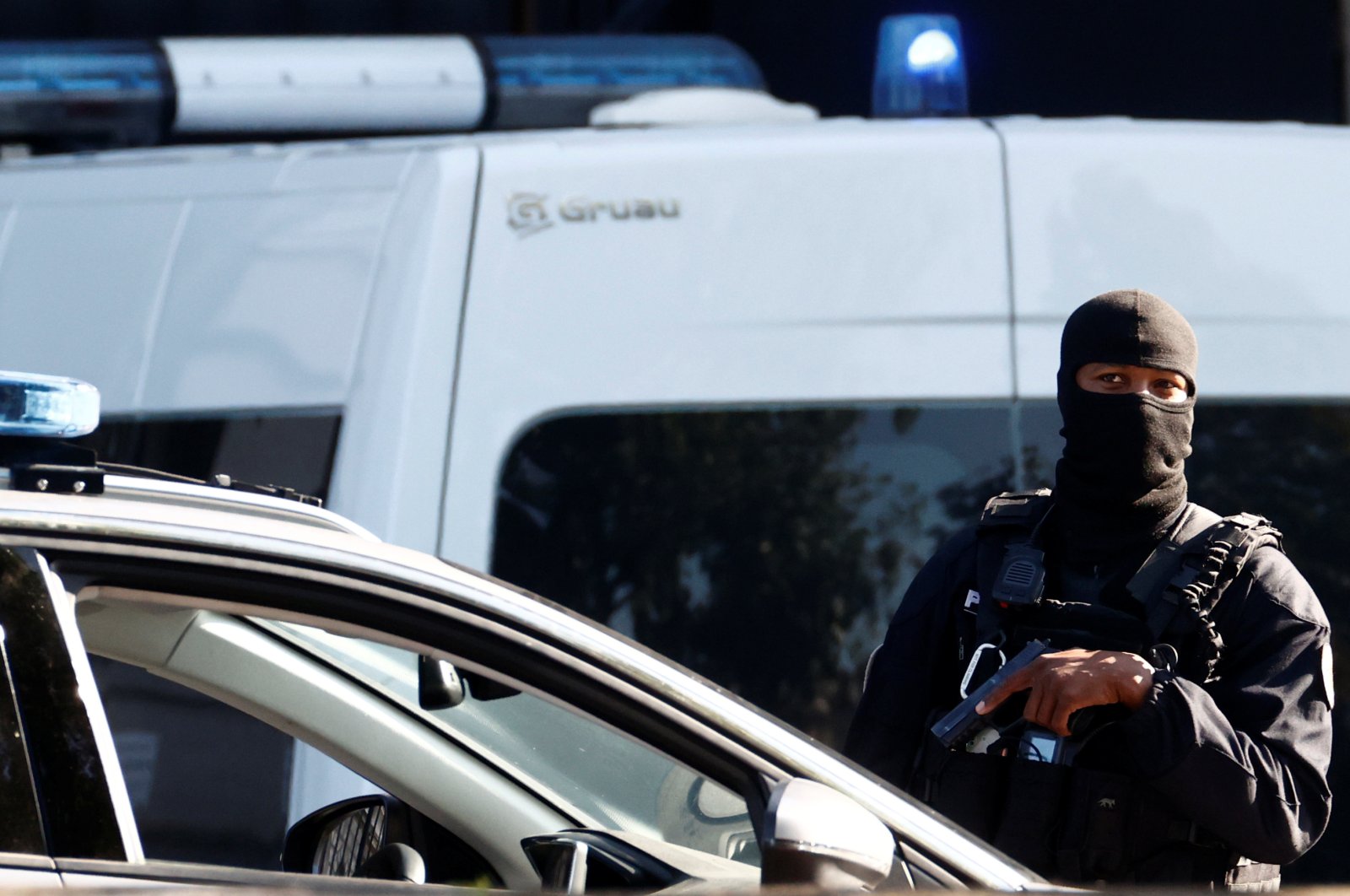 French police secure the Paris courthouse during the arrival of a convoy believed to be carrying the defendants standing trial over Paris' November 2015 attacks, in Paris, France, Sept. 8, 2021. (Reuters Photo)
by DAILY SABAH Sep 09, 2021 4:12 pm
RECOMMENDED

According to French humor magazine Canard, the 26-year-old man who suffers from psychiatric disorders was arrested and indicted after the discovery of homemade bombs containing uranium in the northeastern French city of Rouffach.

Police became aware of the suspect after receiving a phone call from a school the young man attends. Canard said that police were informed the man had bragged to his classmates about making bombs and shown them videos of him preparing explosives.

During the raid on Aug. 26, police discovered "four homemade bombs," three of which were "in working order." According to Canard, experts specializing in nuclear risk also found "uranium oxide in different forms." These doses of uranium could have made it possible to construct an explosive device with radioactive capabilities. The report said that the 26-year-old pyromaniac explained that he made his purchases on eBay.

In the studio he rented near his parents' home, "the police also discovered Nazi badges and a complete Ku Klux Klan outfit in sight on a mannequin." The man is believed to be a member of the far-right group that calls itself the National Socialist Knights of the Ku Klux Klan Deutschland. The group's members are suspected of glorifying Nazism and, in some cases, of harboring "violent fantasies." The young man was indicted for manufacturing explosive devices and remanded in custody.