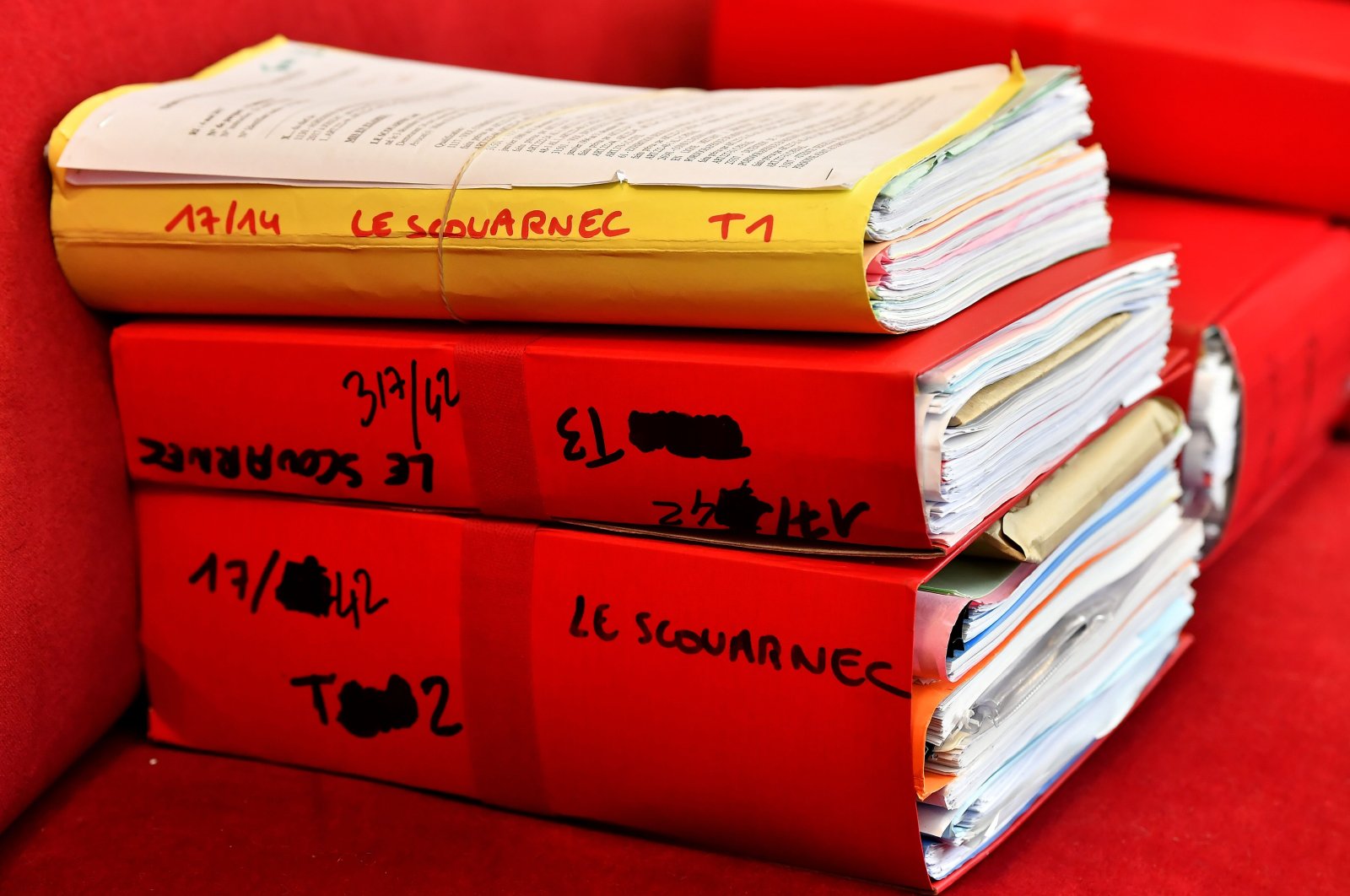 Files are displayed in the courtroom during the opening day of a French surgeon's trial for the rape and sexual abuse of four children, Saintes, March 13, 2020. (AFP Photo)
by Associated Press Mar 13, 2020 4:50 pm
RECOMMENDED

A retired surgeon accused of sexually abusing as many as 349 young children over decades – primarily his patients, in their hospital rooms — is facing justice at last, in the worst such case to come to light in France. The trial that began Friday in the western city of Saintes is only the beginning, however.

It concerns four people allegedly targeted by Joel Le Scouarnec, 69, including two of his nieces. Other legal complaints against the doctor have piled up since the original investigation wrapped up, and prosecutors are preparing further action after this trial.

In a pinched, quiet voice, Le Scouarnec identified himself to the judge as the proceedings opened. His face held a closed, emotionless expression.
The judge then decided to close the proceedings to the public, exceptionally, at the request of defense lawyers who said Le Scouarnec would speak more freely that way. Some families of victims protested the move, saying the public should hear what the doctor had done.
The first case reached investigators in 2017, when a 6-year-old neighbor told her mother that Le Scouarnec exposed himself and molested her across the fence between their properties.
In searching Le Scouarnec’s home, investigators uncovered more than 300,000 images of child and other pornography — as well as extensive notebooks where the surgeon detailed sexual violence against both girls and boys from 1989 to 2017. Next to each child's name were comments on the nature of the sexual acts inflicted, according to investigators.
Le Scouarnec admitted to police that he had "already acted out” with children, including his nieces. He said he set limits for himself, and denied any full penetration. He claimed his diaries included an element of fantasy.