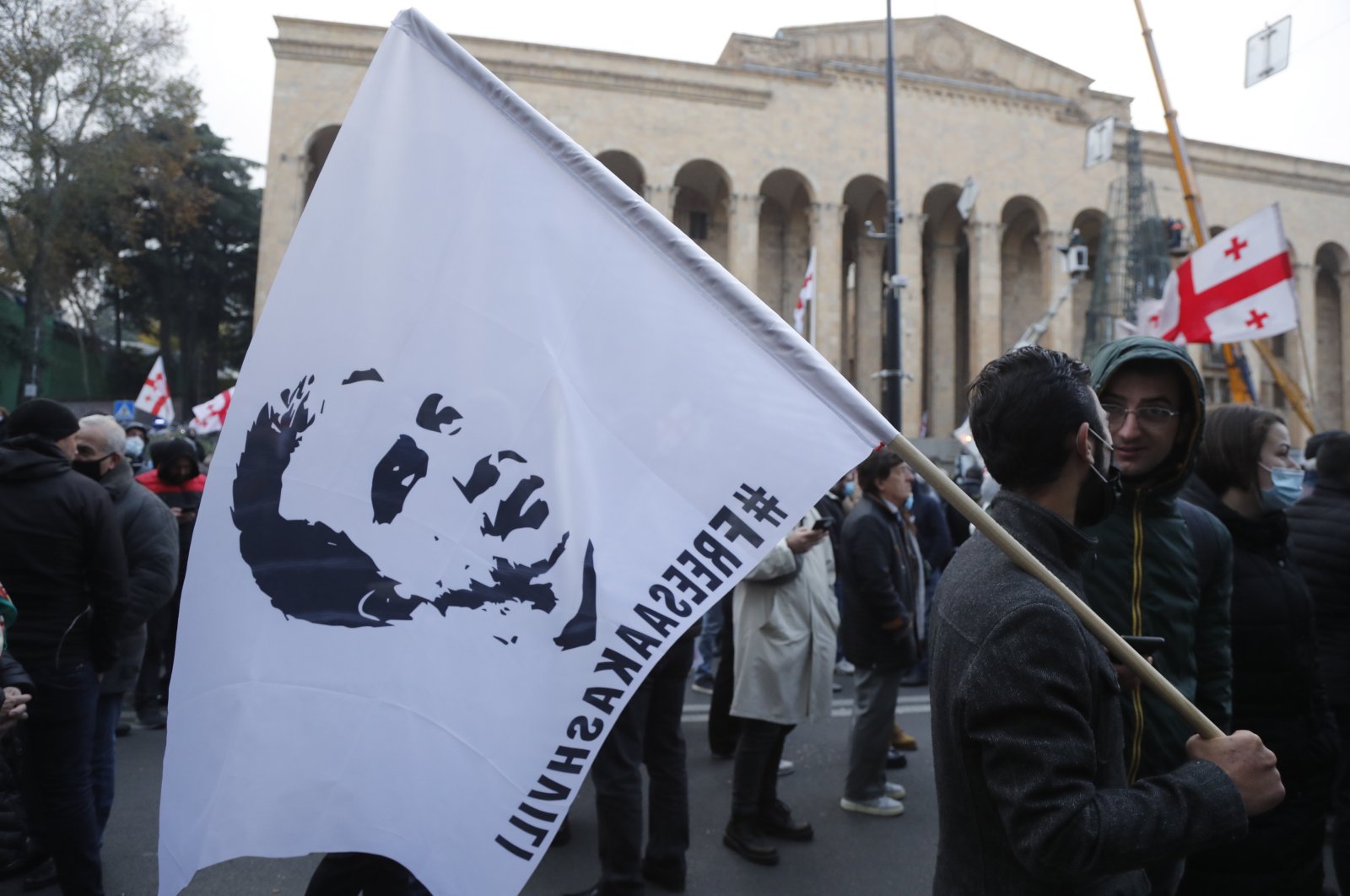 Georgia's jailed ex-president and opposition leader Mikheil Saakashvili ended his 50-day hunger strike Saturday after he was moved to a military hospital from a prison clinic, his doctor said.

The flamboyant pro-Western reformer launched a hunger strike after being jailed upon his return from exile in Ukraine on Oct. 1, saying his arrest was political.

On Thursday, Saakashvili, 53, fainted and doctors urged authorities to move him to a regular clinic, saying his life was in danger.

Georgian authorities had initially rejected the medical recommendations, but Justice Minister Rati Bregadze said Friday they were open to moving Saakashvili to a military hospital "where his health and security will be protected at most by the state."

In the early hours of Saturday, Saakashvili "was transferred from a prison hospital to a military clinic" in the city of Gori, some 90 kilometers (55 miles) west of the capital Tbilisi, his lawyer Dito Sadzaglishvili told Agence France-Presse (AFP).

His personal doctor, Nokoloz Kipshidze, said, "(Former) president Saakashvili formally called off his hunger strike right after he was transferred to the Gori military hospital."

"He still is in a life-threatening condition and was placed in an intensive care ward," Kipshidze told AFP, adding that Saakashvili's "refeeding will begin later on Saturday."

"I will never accept my illegal imprisonment," Saakashvili said on Facebook Friday evening, adding that he was ready to "appear before a fair trial and accept any verdict it delivers."

In 2018, Saakashvili was sentenced in absentia to six years in jail for "abuse of office" – charges he had rejected as trumped up and politically motivated.

The United States Department of State has urged the Georgian authorities to "treat Mr. Saakashvili fairly and with dignity, including right to fair trial."

"As soon as I am set free, I'll join you – as equal among equals – in rebuilding our country," Saakashvili wrote in an address to the nation.

He thanked Georgians for the "unbelievable show of solidarity and humanity" and called for a campaign "to liberate the country" from the rule of oligarch Bidzina Ivanishvili's Georgian Dream party.

"I believe in our victory as never before."

Georgia's richest man Ivanishvili – former prime minister and founder of the Georgian Dream – is widely seen as the man in charge in Georgia, despite having no official political role.

Doctor Giorgi Grigolia, who had seen Saakashvili on Thursday, told AFP that his condition was "life threatening" and that "he must be moved to a civilian clinic without delay."

He cited a number of neurological and heart conditions that "could become irreversible, fatal without a proper care, which is impossible in the medical facility" where was being treated at the time.

The European Court of Human Rights (ECtHR) ruled last week that Georgia must ensure Saakashvili's "safety in prison, and to provide him with appropriate medical care for the post-hunger-strike recovery period."

Saakashvili was moved last week to a prison hospital where, Amnesty International said, he had been "denied dignity" as well as adequate care.

The rights group on Twitter described it as "selective justice" and "apparent political revenge."

Saakashvili has said he was assaulted by prison guards and that he feared for his life.

Georgia's president from 2004-2013, he left the country after his second and last term expired and had since lived in exile in Ukraine, where he headed a government agency steering reforms.

Saakashvili's arrest after his return to Georgia has deepened a political crisis that erupted after parliamentary polls last year that the opposition denounced as fraudulent.

It has also spurred some of the largest anti-government protests in a decade.

Prime Minister Irakli Garibashvili sparked an uproar recently by saying Saakashvili "has the right to commit suicide" and that the government had been forced to arrest him because he had refused to quit politics.