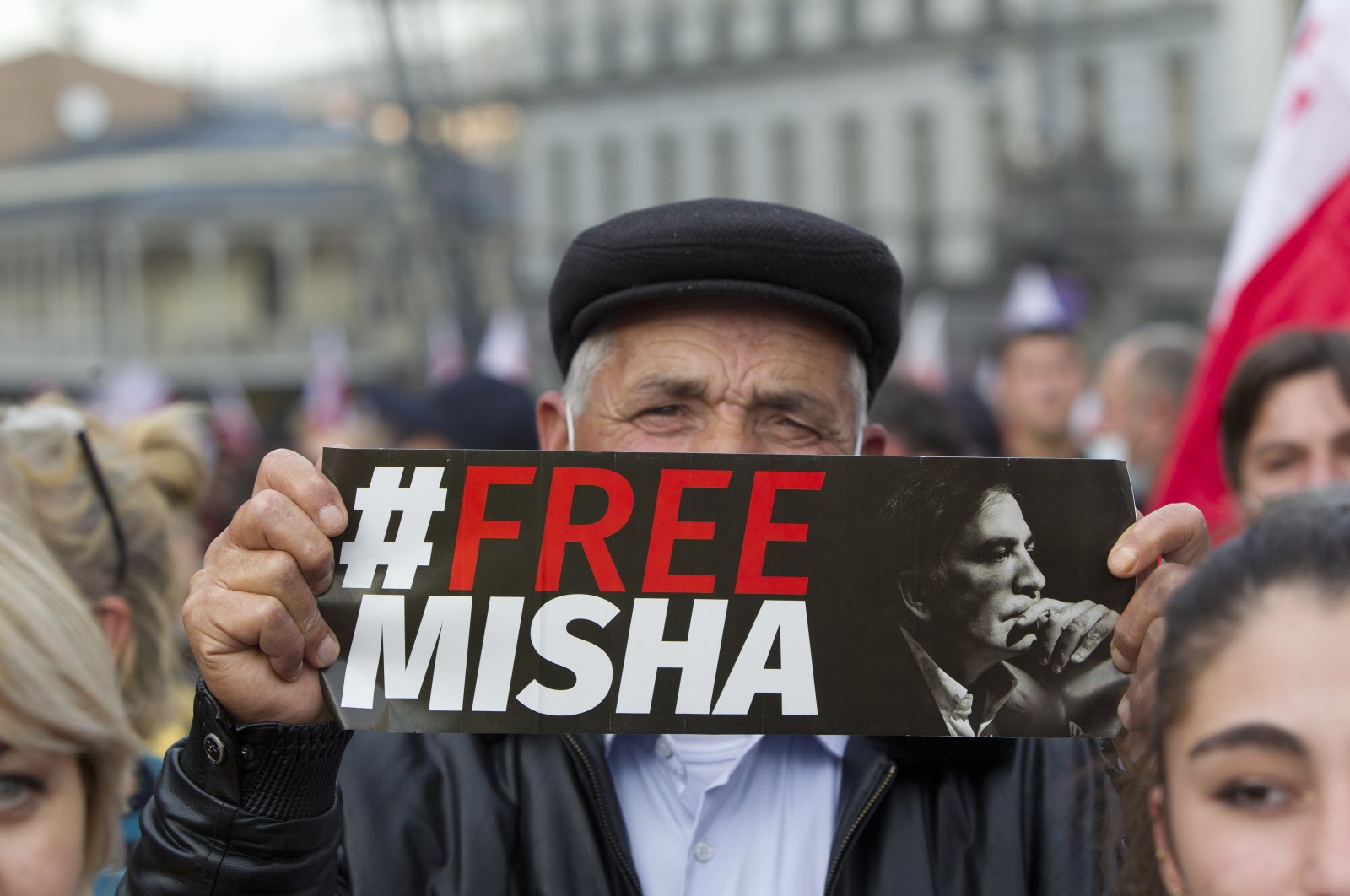 A man holds a poster while several thousand supporters of the party of the Georgian ex-President Mikhail Saakashvili gather with Georgian national flags to demand his release from a prison due to his ill health, in Tbilisi, Georgia, Oct. 14, 2021. (AP Photo)
by REUTERS Oct 23, 2021 2:12 pm
RECOMMENDED

Jailed former Georgian President Mikheil Saakashvili, who has been on a hunger strike, was given a blood transfusion late Friday and is in stable condition, Interfax news agency quoted his personal doctor as saying Saturday.

The pro-Western politician, who declared a hunger strike on Oct. 1, was arrested after returning to Georgia, having lived abroad for years. Earlier this week, Saakashvili's lawyer said his health condition was deteriorating in jail.

He faces up to six years in jail after being convicted in absentia in 2018 of abuse of power and concealing evidence when he was president, charges he rejects as politically motivated.

"One of the parameters of Saakashvili's blood test was bad, so local prison doctors and an emergency ambulance team helped me with the transfusion and after that Saakashvili's condition stabilised," Nikoloz Kipshidze, Saakashvili's doctor, was quoted as saying by Interfax.

Kipshidze believes that Saakashvili should be transferred to a city hospital because "the crisis can recur and it would be difficult to cope with it in a prison hospital," Interfax added.

The 53-year-old Saakashvili led the Rose Revolution in 2003 that ousted veteran leader Eduard Shevardnadze. Saakashvili ruled as president from 2004 to 2013 before leaving the country and building a new political career in Ukraine.

He was arrested and jailed on Oct. 1 after returning home on the eve of parliamentary elections to rally the opposition and "take part in saving Georgia."

Last week thousands of his supporters rallied in the capital Tbilisi to demand his release.