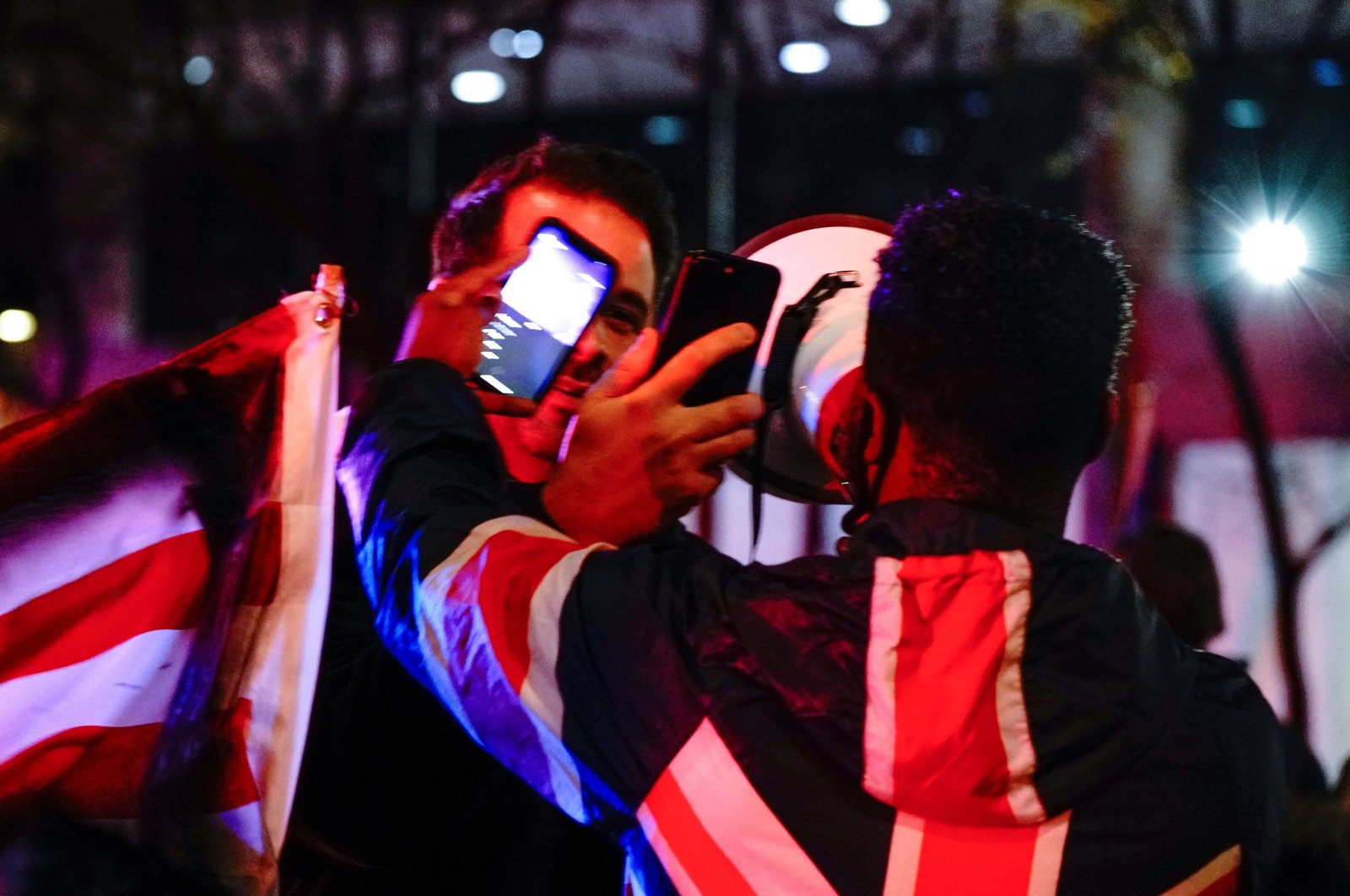 A supporter of U.S. President Donald Trump and a Black Lives Matter (BLM) counterprotester film each other with their mobile phones as they argue at a "Stop the Steal" protest outside Milwaukee Central Count the day after Milwaukee County finished counting absentee ballots, in Milwaukee, Wisconsin, U.S. Nov. 5, 2020. (Reuters Photo)
by REUTERS Nov 06, 2020 4:27 pm
RECOMMENDED

German Foreign Minister Heiko Maas on Friday urged both sides in the U.S. election to show restraint until the results were available, adding it was irresponsible to aggravate tensions.

"America is more than a one-man show. Anyone who continues to pour oil on the fire in a situation like this is acting irresponsibly," Maas told Germany's Funke media in unusually blunt language.

"Now is the time to keep a cool head until an independently determined result is available," he added in some of his first comments on the situation.

Counting was continuing in the extremely close U.S. presidential election which hinges on razor-thin margins in a handful of states. Republican President Donald Trump has launched a flurry of lawsuits hoping to slow down his opponent, Democrat Joe Biden, and tensions have risen in some places.

"In order for the result – which has not yet been determined – to be accepted, everyone must first show restraint," Maas told Funke media in an interview, extracts of which he tweeted. "That includes us."

"Decent losers are more important for the functioning of a democracy than radiant winners," he added.

Biden narrowly overtook Trump in the vote count in Georgia early Friday and was steadily gaining ground in Pennsylvania, with the presidency hinging on the outcome of tight contests in key battleground states. Neither candidate has reached the 270 Electoral College votes needed to win the White House, though Biden has the advantage after eclipsing Trump in Wisconsin and Michigan, two crucial Midwestern battleground states.

That left both campaigns increasingly focused on developments in Pennsylvania and Georgia, where Biden had an advantage of more than 900 votes on Friday morning. It could take several more days for the vote count to conclude in some states, allowing a clear winner to emerge. With millions of ballots yet to be tabulated, Biden has already received more than 73 million votes nationally, the most in history.

As Americans entered the third full day after the election without knowing who won the race, anxiety about the outcome was building. With his pathway to reelection appearing to narrow, Trump was testing how far he could go in using the trappings of presidential power to undermine confidence in the vote.

On Thursday, he advanced unsupported accusations of voter fraud to falsely argue that his rival was trying to seize power in an extraordinary effort by a sitting American president to sow doubt about the democratic process.

"With such narrow majorities, it is very easy to find yourself on the losing side," Maas said Friday. "This shows how important it is to work to bridge the political divide."

Maas said he expected that once the election result is settled, "the U.S.A. will probably not return to the international stage with full energy for the time being," but he added: "The world needs the U.S.A. as a force for order, not as a factor of chaos."