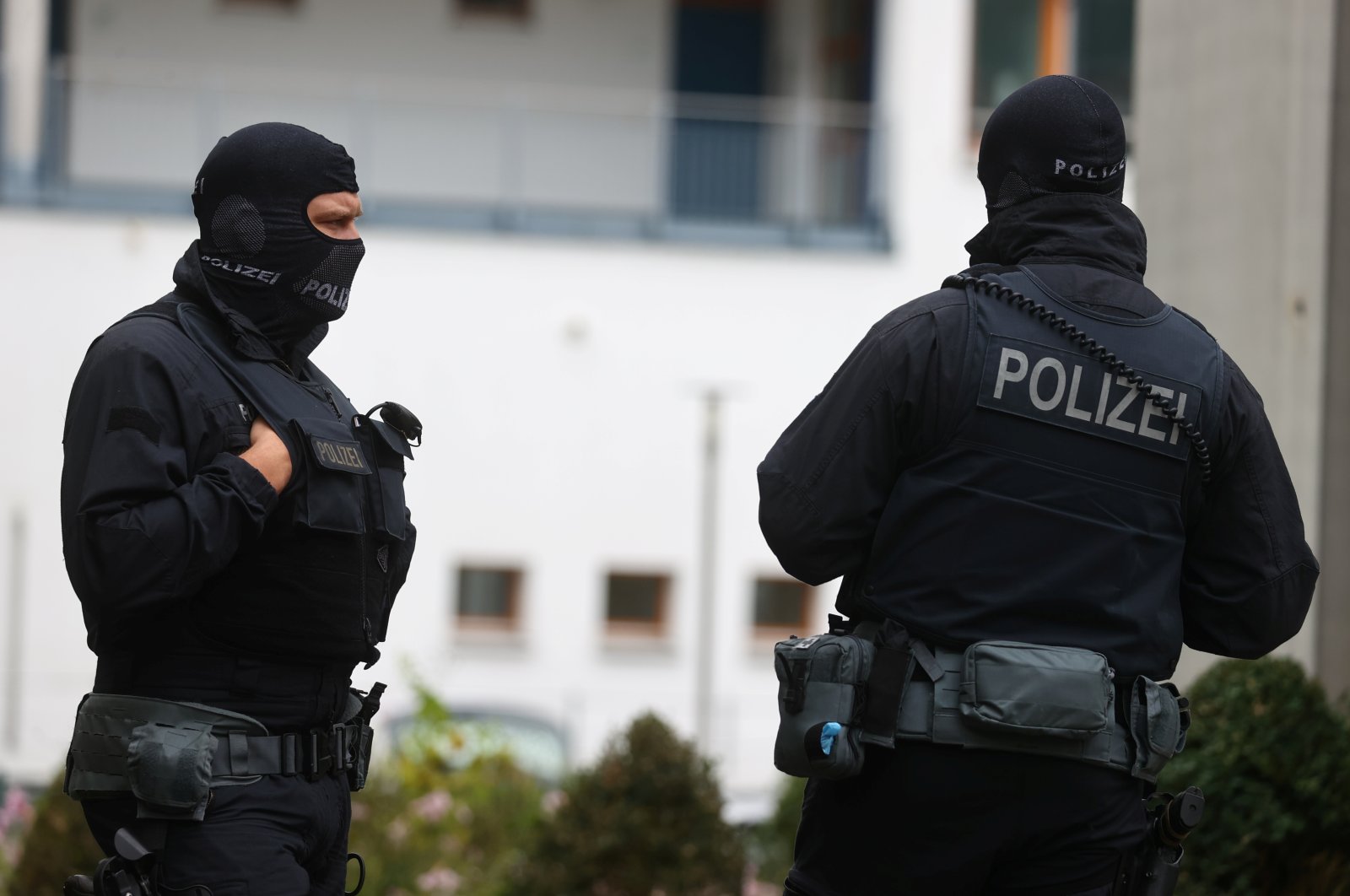 Police secure the area in front of the German Football Association's (DFB) headquarters as German prosecutors and tax authorities search offices of the association as well as homes of current and former DFB officials on suspicion of tax evasion, in Frankfurt, Germany, Oct. 7, 2020. (Reuters Photo)
by German Press Agency - DPA Oct 20, 2020 3:34 pm

A monthslong debate in Germany on whether instances of extremism in the police merit a sweeping study into institutionalized racism was put to bed on Tuesday when Interior Minister Horst Seehofer reneged his opposition to such a move.

The news came after Olaf Scholz, finance minister and deputy to Chancellor Angela Merkel, said late Monday that the government planned to investigate racism in the police, in an unexpected announcement on a podcast for public broadcaster WDR.

Seehofer had until now resisted calls for such a study, insisting that cases of right-wing extremism in a number of police departments across the country were the exception to the rule.

At a press conference on Tuesday, Seehofer remained defiant: "Nothing has changed about my position." He expressed his support for police officers, who "stick their necks out for us," often for little pay.

The government study is to focus not only on racism in the police but also on the violence and abuse that officers themselves experience while on the job.

"Our police officers must not be left alone with their experiences. There is no tolerance for extremism, racism and anti-Semitism," an internal paper on the planned study said.

Chat groups in which police officers shared right-wing extremist content have been uncovered in several German states in recent weeks.