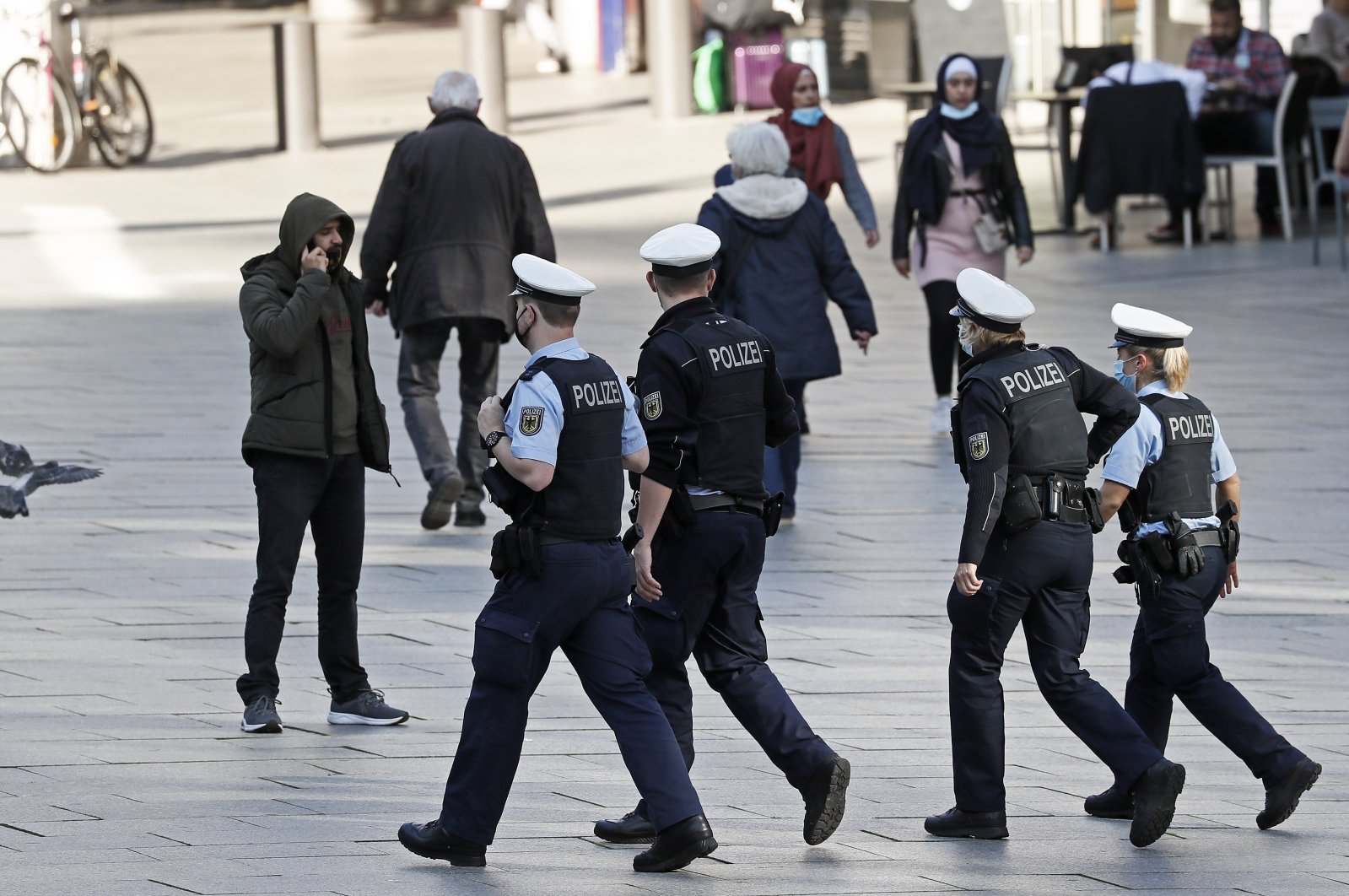 Racist officers among Germany's police force intentionally target Turkish people and other minorities in what they call "Turk hunts," according to a recent study on racism and police violence in the country.

The research carried out by professor Tobias Singelnstein of Ruhr-University Bochum revealed that there is a structural problem among the German police, with reports of racist, Islamophobic and anti-Semitic insults, confirmed by police officers and victim testimonies.

"Some officers intentionally go on searches to hunt Turks," one of the officers interviewed as part of the study said, adding that they search out and target Turkish people for the most minor mistakes like not signaling and provoke them to react against the police.

One of the police officers told researchers that some of his colleagues have adopted a provocative approach on purpose, even though they have the ability to calm even the angriest crowds.

Singelnstein interviewed 3,370 individuals as part of the study.

Noting that there is a structural problem in the police force, the professor said it was not possible to properly identify the extent of the issue and that nationwide racism research was necessary.

For instance, an immigrant woman told researchers that police referred to her as a "monkey girl," and several others have said they have received similar treatment by the police during large events.

Some 62% of the non-white people who participated in the study and 42% of those with an immigrant background said they faced police discrimination, while this figure was recorded as 31% for the rest of the participants.

The German professor's study has advised the government to analyze the issue of racism and discrimination in the country's police force.

Last month, after a monthslong debate in Germany, government officials agreed to launch an investigation into racism within the police. The research is expected to focus on the issue of racism among police officers, as well as the violence and abuse that officers themselves experience while on duty.

According to a report by a German daily on Sunday, some 871 attacks targeted the Muslim community in Germany last year.

Germany has been recording Islamophobic crimes separately since 2017. The total number of cases in 2019 has not been officially announced. In 2018, there were 910 incidents, including 48 attacks on mosques alone, a little lower than 2017 with 1,095 crimes.

In 2017, authorities reported 56 Islamophobic assaults resulting in 38 injuries. In 2018, there were 74 offenses with a total of 52 injuries – including two attempted murders.