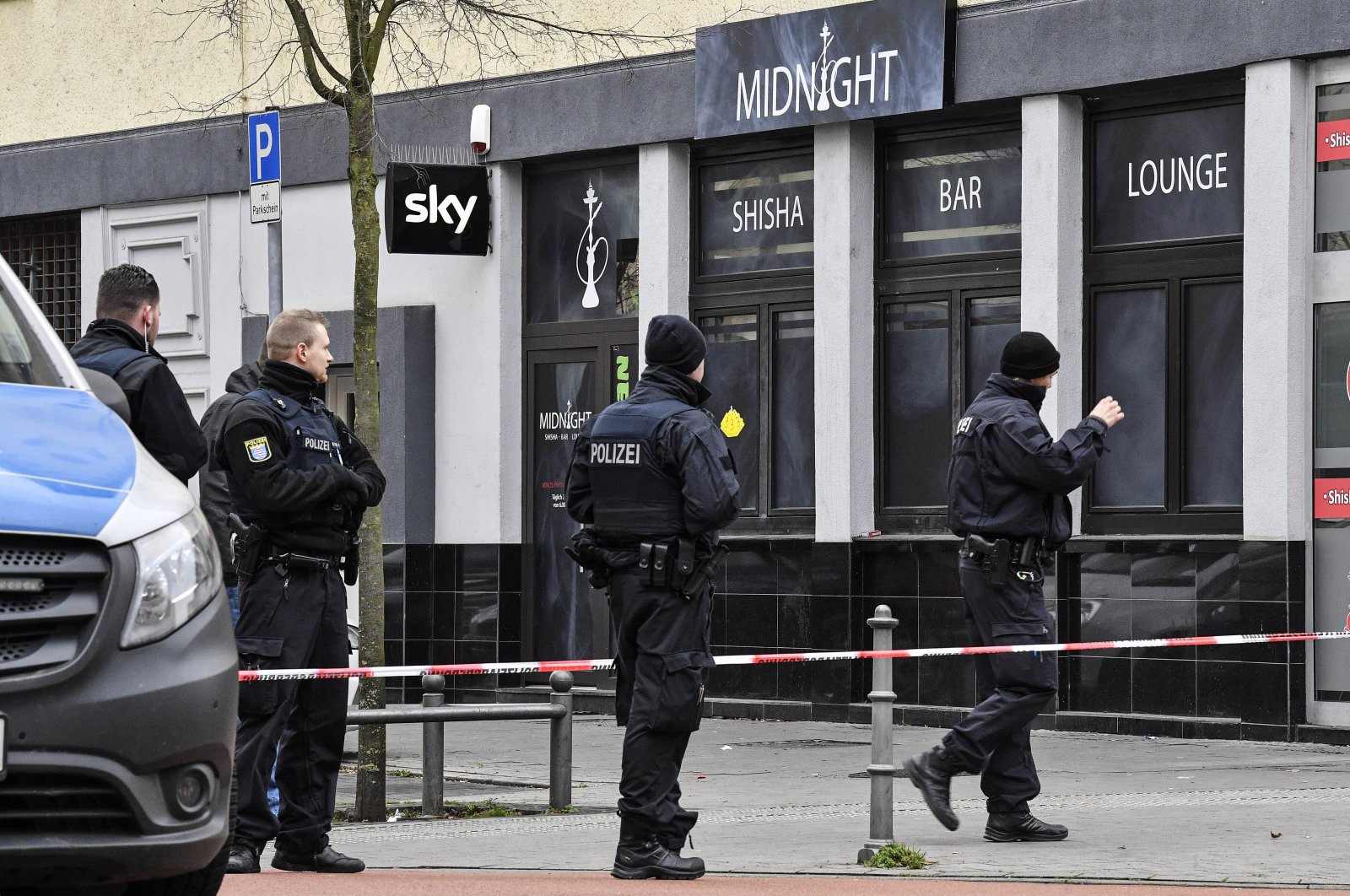 German police on Thursday raided sites across the country linked to a far-right group banned by the Interior Ministry, weeks after a suspected extremist gunman shot dead nine people, including five Turks in Hanau.

"Since the early hours, police measures are going on in ten states" out of Germany's 16, Interior Ministry spokesman Steve Alter wrote on Twitter. "For the first time, the interior minister has banned a 'Reichsbuerger' (Citizens of the Reich) group," Alter added. "Even in these times of crisis, we will fight far-right extremism, racism and anti-Semitism."

The "United German Peoples and Tribes" organization banned Thursday belongs to a wider "Citizens of the Reich" movement fed by conspiracy theories.

The Interior Ministry said around 400 police officers had seized firearms, propaganda material and small amounts of drugs during the raids on the homes of 21 leading members of the group.

The extremist group is known as "Reichsbürger" is considered a terrorist organization in Germany where its members procure arms and ammunition. Reichsbürger members do not recognize the modern German state as legitimate, citing technicalities about the fall of the Nazi Third Reich in May 1945. The Reichsbürgers have no leadership or "cells," but are loosely associated with each other only by their common ideas that aren't even concrete.

In a 2016 shootout, a Reichsbuerger-linked man killed an officer and wounded two more. He was later sentenced to life in prison.

The Hanau attack ignited the debate over the seriousness of far-right terror threats often ignored by authorities. It was one of the worst acts of terrorism with racist motives in recent memory. The attacks, however, are not that surprising, given the rise of far-right rhetoric in the country and in Europe. The tolerant political climate under the pretext of freedom of speech helped far-right sympathizers with violent tendencies expand their support. Western media, meanwhile, is once again criticized for their aversion to using "terrorism" while describing the attacks.