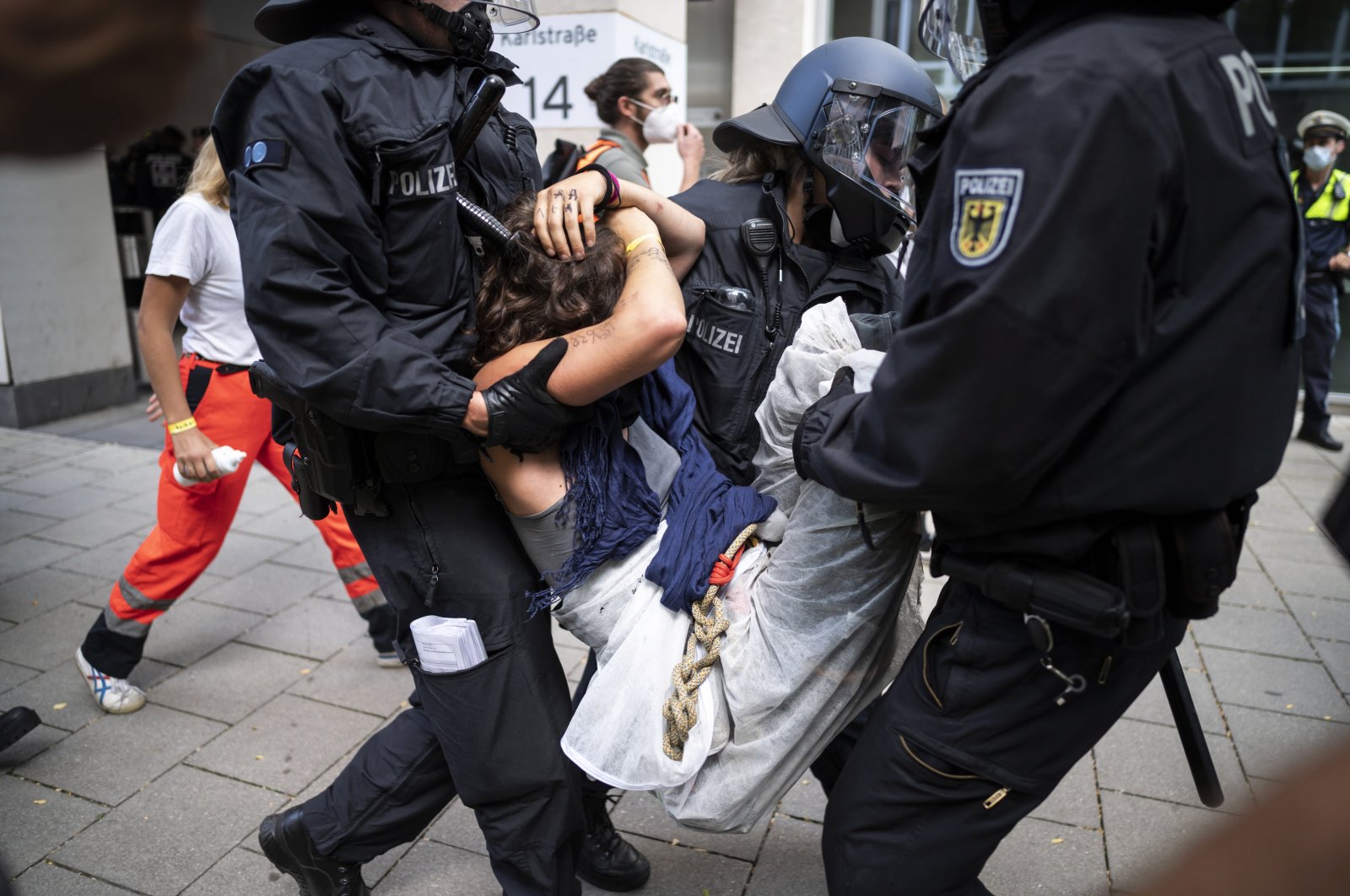 Activists protesting against the IAA Mobility car show in Germany's Munich slam the police for their conduct during the rallies surrounding the event.

Protesters on the last day of the show spoke of "police violence" and "repression" during rallies, reporting that some of the demonstrators had been injured during the protests.

There have been protests against the IAA for days, with clashes between activists and police reported on Friday and Saturday. Officers used batons and pepper spray on demonstrators on several occasions.

A large demonstration and a bicycle rally on Saturday drew some 25,000 people in total, according to organizers.

Motorways were also blocked on Tuesday and Friday.

The activists and demonstrators criticize the IAA and car companies for what they called greenwashing the motor show while not doing enough to protect the climate.

IAA organizers meanwhile described the event as a major success, counting over 400,000 visitors over the course of six days. This was a "clear vote" in favor of the show, said Hildegard Mueller, chair of the automotive industry group VDA, on Sunday.

Both visitors and exhibitors greeted the new concept of displaying cars and bicycles across the city rather than only at Munich's exhibition hall, she said.

"We took a bold step and were rewarded by the visitors," Mueller said. Two-thirds of the attendees were under 40 years old, she added.

While major international carmakers such as Toyota, General Motors or Stellantis were missing from this year's IAA, Mueller said she was optimistic that they could be part of the show's 2023 edition once travel restrictions end.