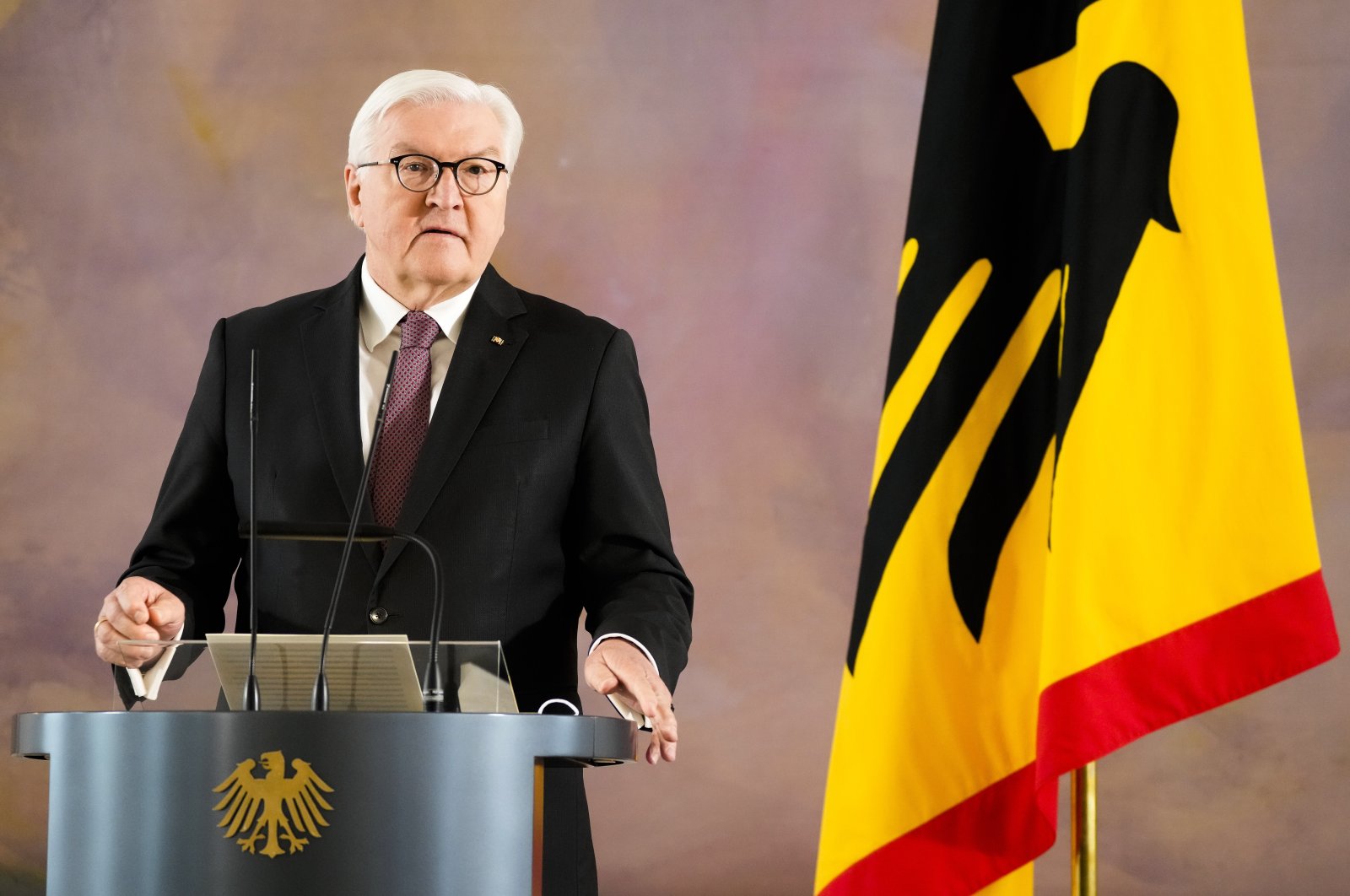 German President Frank-Walter Steinmeier addresses the media at his residence Bellevue Palace in Berlin, Germany, May 28, 2021. (AP Photo)
by Agencies May 28, 2021 1:39 pm
RECOMMENDED

German President Frank-Walter Steinmeier said Friday he planned to run for a second term for the largely ceremonial post.

A trained lawyer, Steinmeier's term is due to expire in 2022, which is after the next election in September when a new national parliament will be voted in, as Deutsche Presse-Agentur (DPA) reported.

Born in western Germany, Steinmeier also headed up the SPD's election campaign in 2009 as the party's chancellor candidate, losing to the conservative Christian Democrats headed by Chancellor Angela Merkel.

Germany's president has little executive power but is considered an important moral authority. After a messy parliamentary election result in 2017, Steinmeier helped prod politicians to form a new coalition government rather than holding out for a new vote.

"A president doesn't set the political direction, I am well aware of that, but a president can build bridges,” Steinmeier said Friday. "The pandemic has inflicted deep wounds. It has brought suffering and grief, economic and psychological distress, and a great deal of frustration and bitterness,” he said, according to remarks carried by The Associated Press (AP). "I would like to help heal these wounds.”

Germany is facing important elections and the risk of political upheaval, he added. The German president is elected by a special forum of voters comprising members of the government and parliament, as well as leading public figures. A key feature of Steinmeier's term has been his call for a strengthening of parliamentary democracy, both in Germany and around the world.

At the same time, he has emphasized the need for Germany to retain close ties with Israel. He has also led condemnation of any acts of anti-Semitism. More recently, however, his term has been dominated by the global pandemic and its tragic consequences, with Steinmeier regularly addressing the population in video messages.