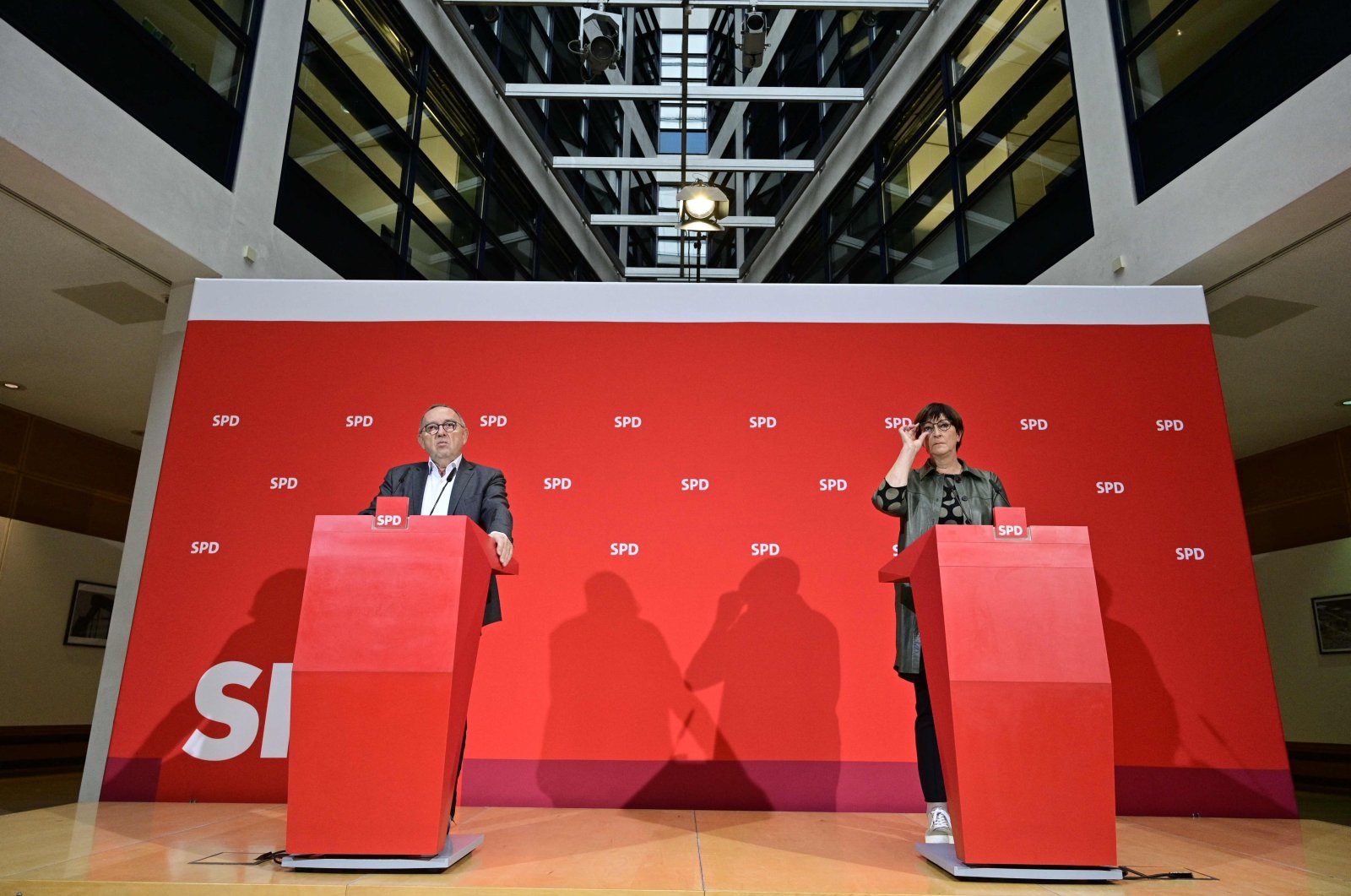 Victors of Germany's September general election the Social Democratic Party (SPD) agreed on a two-headed leadership Monday as they strive to build a government under their chancellor candidate Olaf Scholz.

Saskia Esken, 60, the incumbent chairwoman, and party general secretary Lars Klingbeil, 43, were unanimously nominated by the executive committee of the SPD.

Scholz, the current finance minister who is expected to head the new coalition between his party, the pro-business FDP and the Greens, signaled early on that he would not seek to become party chairman.

Klingbeil, credited with helping to lead the party to victory at the Sept. 26 poll, replaces Norbert Walter-Borjans, who announced his desire to step down.

The SPD, Germany's oldest political party, was long on the back foot in the polls due to deep divisions between its progressive and centrist wings.

However, a show of unity during the election campaign and a historically poor result for outgoing chancellor Angela Merkel's conservatives put the SPD on top on election night with a score of 25.7%.

A pair of relative outsiders from the left-wing of the party, Walter-Borjans and Esken, were elected as the first co-chairs of the party in 2019.

Esken's new leadership partner, Klingbeil, is considered to be on the moderate wing of the party like Scholz, but maintains a good relationship with the SPD's other factions.

The general secretary "made a big contribution to our success at the election," Esken said at a press conference.

"We're all on the same team and aiming for the same goal," Klingbeil said in a video on his personal YouTube channel.

Scholz described the new pair on Twitter as "a very good team for progress and cohesion."

Esken and Klingbeil will likely be confirmed in their new posts at a party conference between Dec. 10 and 12, though other candidates could in theory throw their hat in the ring.