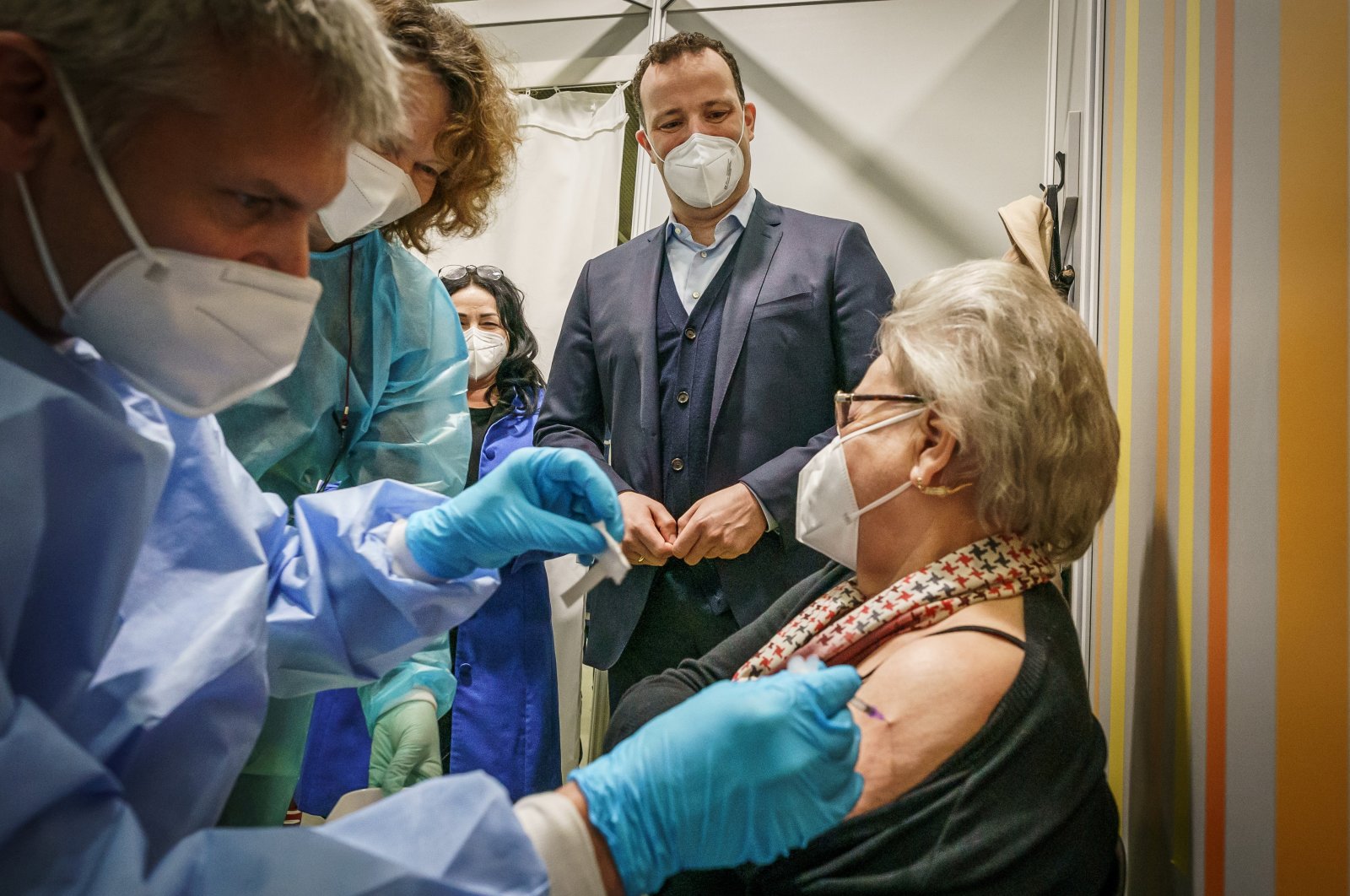 The majority of Germans do not believe Chancellor Angela Merkel's government's promise that all citizens who are willing to have the coronavirus jab will be vaccinated by Sept. 21 and expressed doubt that such a goal is possible in the virus-ravaged country, two surveys showed Monday.

According to a survey conducted by the Deutsche Presse-Agentur (dpa) nearly two-thirds of Germans said that they doubt their government will provide them with a COVID-19 vaccine by September. Only 23% of Germans believe that the government will meet this goal, the poll by YouGov found, while 62% are skeptical and 15% were undecided.

Merkel has repeatedly underlined her aim to offer all adults the jab against COVID-19 by Sept. 21, although trust in this promise has faltered amid Germany's sluggish rollout of the vaccine.

A similar poll carried out in early February found 26% still believed the target would be met, while 57% did not believe this was likely.

Even among voters for Merkel's Christian Democrat party (CDU), many question whether the goal can be met, with 53% of voters for the CDU and its sister party, the Christian Social Union (CSU), doubtful.

Levels of doubt are even higher among supporters of other parties. Some 61% of voters for the Green and Left parties say the goal is unrealistic, as do 63% of Social Democrat voters.

The levels are even higher among the pro-business Free Democratic Party (FDP) at 73% and 82% among the far-right Alternative for Germany (AfD).

Germany's inoculation campaign has been far slower than many other countries, but this month some 35,000 family doctors are due to start giving vaccines, accelerating the process. Later, medical specialists, private physicians and company doctors will also help to speed up efforts.

Meanwhile, people's willingness to receive a vaccine has fallen slightly since a similar survey in January, when 67% of respondents said they wanted a jab. That proportion has fallen slightly, to 57% plus 8% who have already received the vaccine, adding up to 65%. In contrast,18% did not want to receive a vaccine, while 16% were undecided. The survey was carried out between Feb. 3 and Feb. 5, polling 2,077 people.

The results were weighted and are representative of the German population over the age of 18.

Meanwhile, German Health Minister Jens Spahn Monday described the country's third wave of infections as "growing" and said vaccinations alone would not be able to stem it. "Vaccinations will not prevent the third wave; the third wave is growing," he said during a visit to a large vaccination center in Berlin.

Even countries with higher vaccination rates such as Chile, Britain and the United States show that contact restrictions are still necessary to prevent infections from rising, Spahn said. Spahn, a CDU member, called the situation in Germany's intensive care units and in clinics worrying in light of increasing occupancy rates.

"We have to break this third wave together and reduce contacts," he said. "Especially in the private sector, in schools, at work, wherever possible."

Karl Lauterbach, a leading health expert and member of the Social Democrats, called for a change of course in the way vaccines are administered in Germany. Lauterbach said the goal should be to offer as many first doses as possible and delay the second by several weeks, a strategy Britain had adopted with success. If the interval between the second vaccination for the mRNA vaccines from Pfizer-BioNTech and Moderna were to be extended from six to 12 weeks, over 60 million people in Germany could have at least one jab by July and thus be protected against serious disease, he told the Augsburger Allgemeine newspaper.

"If we change our strategy now and focus on as many initial vaccinations as possible, a fourth lockdown will no longer be necessary," he said.