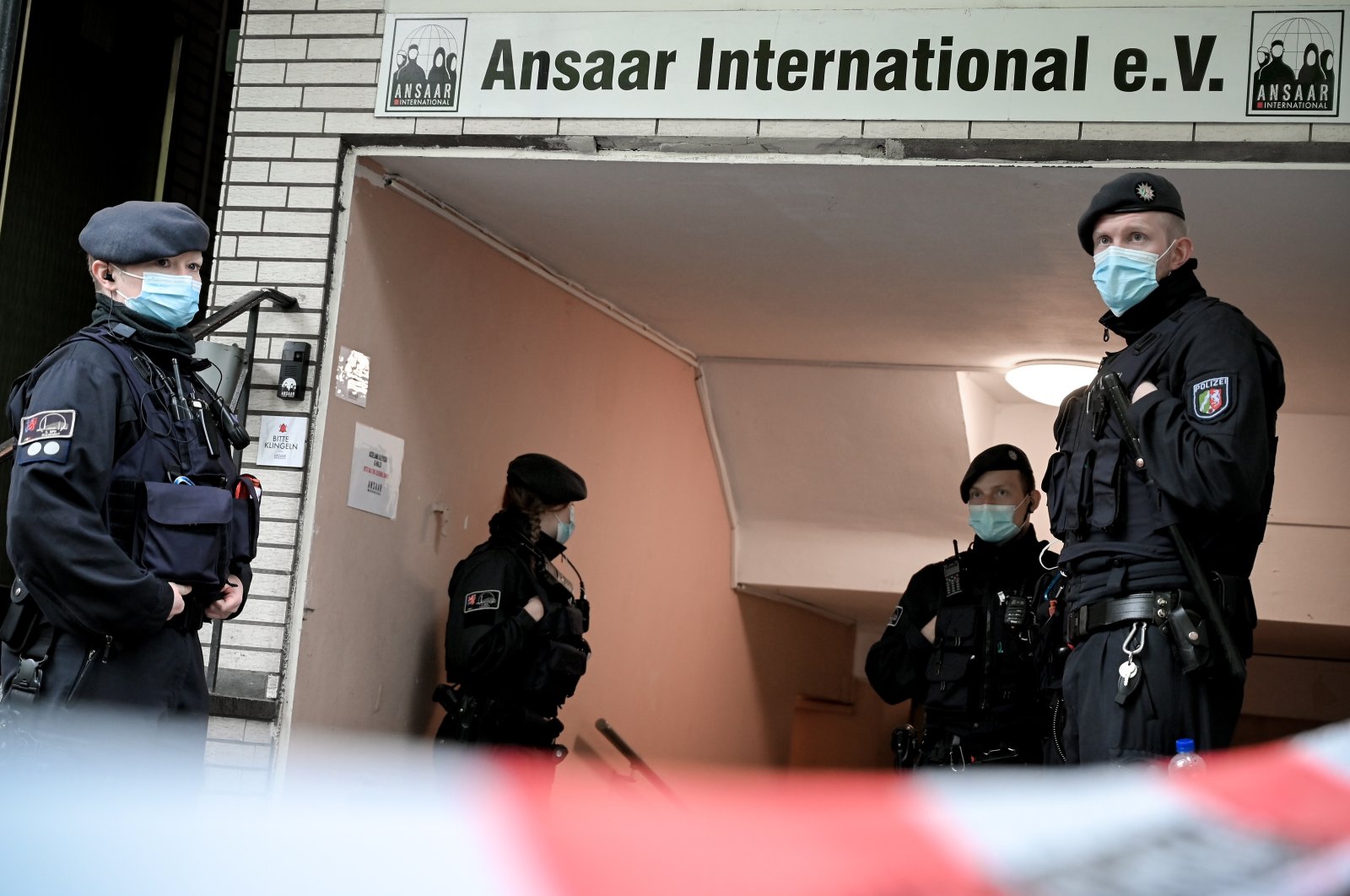 Police search the premises of the Ansaar International aid organization in Duesseldorf, Germany, May 5, 2021. (EPA Photo)
by Associated Press May 05, 2021 12:36 pm

A Muslim organization in Germany was banned Wednesday by the German government for allegedly “supporting terrorism.”

“The organization Ansaar International and its suborganizations were banned. The network finances terrorism globally with its donations,” an Interior Ministry spokesperson tweeted.

“When wanting to fight terrorism, one needs to dry out its money sources,” German Interior Minister Horst Seehofer said. He alleged that Ansaar International “spreads a Salafist view of the world and is financing terror around the globe under the disguise of humanitarian help.”

A man who answered a phone call to the organization's headquarters in the western German city of Dusseldorf immediately hung up when The Associated Press called seeking comment.