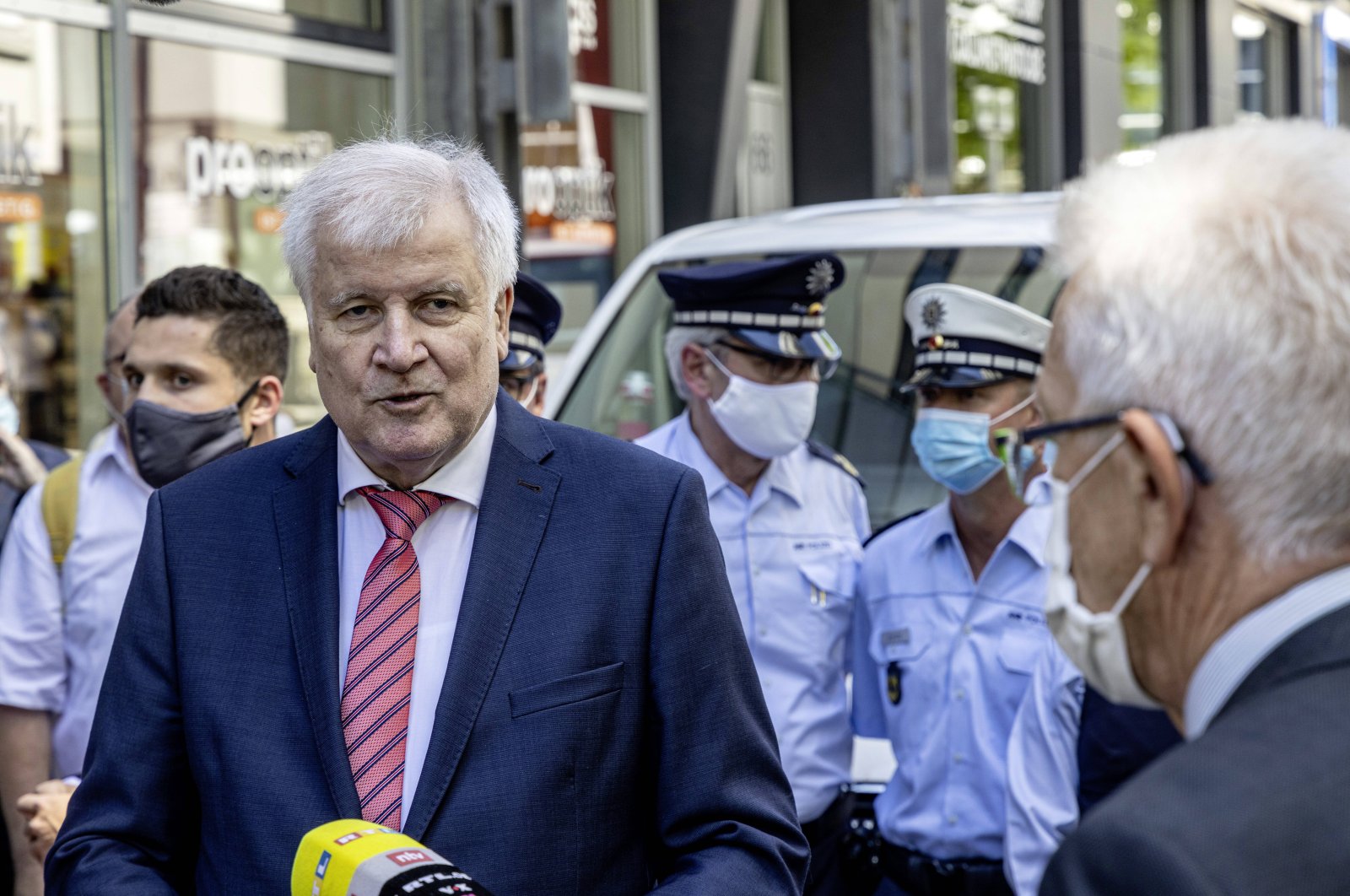 Federal Minister of the Interior Horst Seehofer CSU gets a picture of the situation after the riots, Stuttgart, June 22, 2020. (REUTERS Photo)
by German Press Agency - DPA
Jun 23, 2020 9:05 am

"Right-wing extremism and anti-Semitism have no place on the internet," Alter wrote on Twitter.

According to the ministry's assessment, the group, whose name translates as "northern eagle," follows a Nazi ideology and operates under several names.

Its members pledge themselves to Adolf Hitler and other high-profile Nazis, as well as using symbols and language from the Nazi regime.

They were also planning a Nazi settlement project with like-minded people in rural areas. The group is described as highly anti-Semitic.

Its leader expressed sympathy for the attack on a synagogue in the German city of Halle in a public group on messaging service, Telegram, according to the ministry.

The attack in Halle saw a 28-year-old German man try to force his way into a Jewish place of worship. When he failed, he killed two people on the street and at a kebab shop. He is due to appear in court from July.

Nordadler is the third right-wing extremist association to be banned by the interior minister this year.