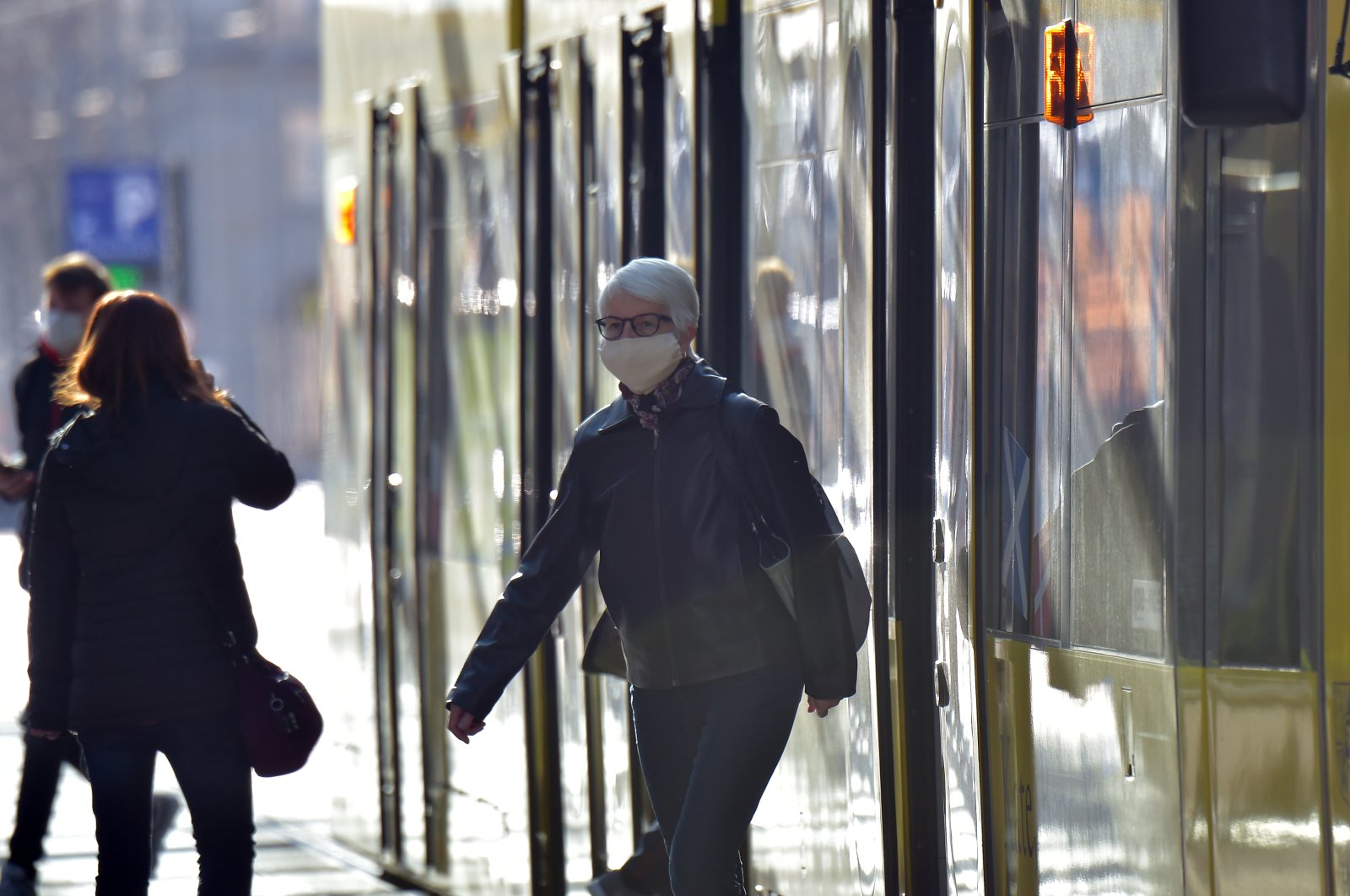 Germany took its first steps back toward normality Monday, with smaller shops in some regions opening up for the first time in a month after politicians declared the coronavirus outbreak "under control."

Germany registered 1,775 new COVID-19 cases in the past 24 hours, a one-month low, the Robert Koch Institute (RKI) for infectious diseases said Monday, marking the second consecutive day that the number of new infections had fallen. The country's total caseload reached 141,672, the institute said.

From florists to fashion stores, the majority of shops smaller than 800 square meters (8,600 square feet) will be allowed to welcome customers again, in a first wave of relaxations to strict curbs on public life introduced last month.

Chancellor Angela Merkel and regional state premiers announced the decision to reopen last week, though they have been careful to cast it as no more than a cautious first step.

While the first shops will open their doors Monday, each of Germany's 16 states is set to lift the restrictions at a slightly different pace.

In some states such as the capital Berlin, reopening will take a little longer.

Merkel, who has been praised for her handling of the coronavirus crisis, is hoping to reinvigorate the ailing German economy, which officially entered into recession last week.

With more than 140,000 cases, Germany is one of the countries worst hit by COVID-19, but also one of the quickest to react.

On Friday, the Robert Koch Institute announced that the rate of infection – the number of people each ill person contaminates – had dropped below one for the first time, leading Health Minister Jens Spahn to declare the virus "under control."

Yet Merkel, who was herself quarantined for two weeks earlier this month before testing negative for the virus, has warned that Germany's success remains "fragile."

"We will not be able to go back to our normal lives for a long time," said her conservative party colleague Armin Laschet, the state premier of North-Rhine Westphalia, the country's most populous region.

In an interview with Der Spiegel weekly, Laschet warned that some coronavirus restrictions could last until 2021.

A ban on gatherings of more than two people and a requirement to stand more than 1.5 meters apart from others in public areas remain in force.

That means that hairdressers, initially deemed an essential business, cannot open until at least May 4.

Cultural venues, bars, leisure centers and beauty salons will also remain closed for the time being, while large-scale public events such as concerts and football matches have been banned until Aug. 31.

But Germans can look forward to at least some relaxations to the existing shutdown although they have not been welcomed by everyone.

With larger shops unable to open, the German Trade Association warned Friday of a possible "distortion of competition."

Yet Economy Minister Peter Altmaier defended the 800-square-meter limit, saying that "the belt can only be loosened bit by bit."

Schools will also be partially reopened in the coming weeks, with most states set to welcome back older students from May 4.

Education policy is traditionally decided at the state level in Germany, and Bavaria, the region worst hit by the virus so far, will keep its schools closed for an extra week.

On April 29, regional education ministers are set to present concrete plans on how social distancing can still be enforced in the classroom.

Meanwhile, a debate dragged on about childcare for younger children, with a working group due to begin meeting from Monday to discuss a gradual reopening of nurseries across the country.

"We can't run around like a bunch of chickens outdoing each other by tightening and loosening (restrictions)," he told the Sunday edition of Bild newspaper.

"If we keep our nerve now, we can avoid a second lockdown," Altmaier said. "This is why joint action by the federal and state governments is so important."

In Saxony, where a ban on religious services was set to be lifted earlier than elsewhere, residents will from Monday be required by law to wear a face-covering in shops and on public transport.

The cities of Wolfsburg and Jena have followed suit, though Germany's federal government has so far stopped short of making masks a nationwide requirement.

Germany hopes to combine the lifting of restrictions with a more efficient tracing of the spread of COVID-19.

The country hopes to ramp up testing – it has already tested around 2 million people – and aims to produce around 50 million protective masks, including 10 million of the higher efficiency FFP2 standard a week from August.

With more movement of the population expected as shops reopen, eastern states Mecklenburg-Vorpommern and Saxony have made masks obligatory on public transport.