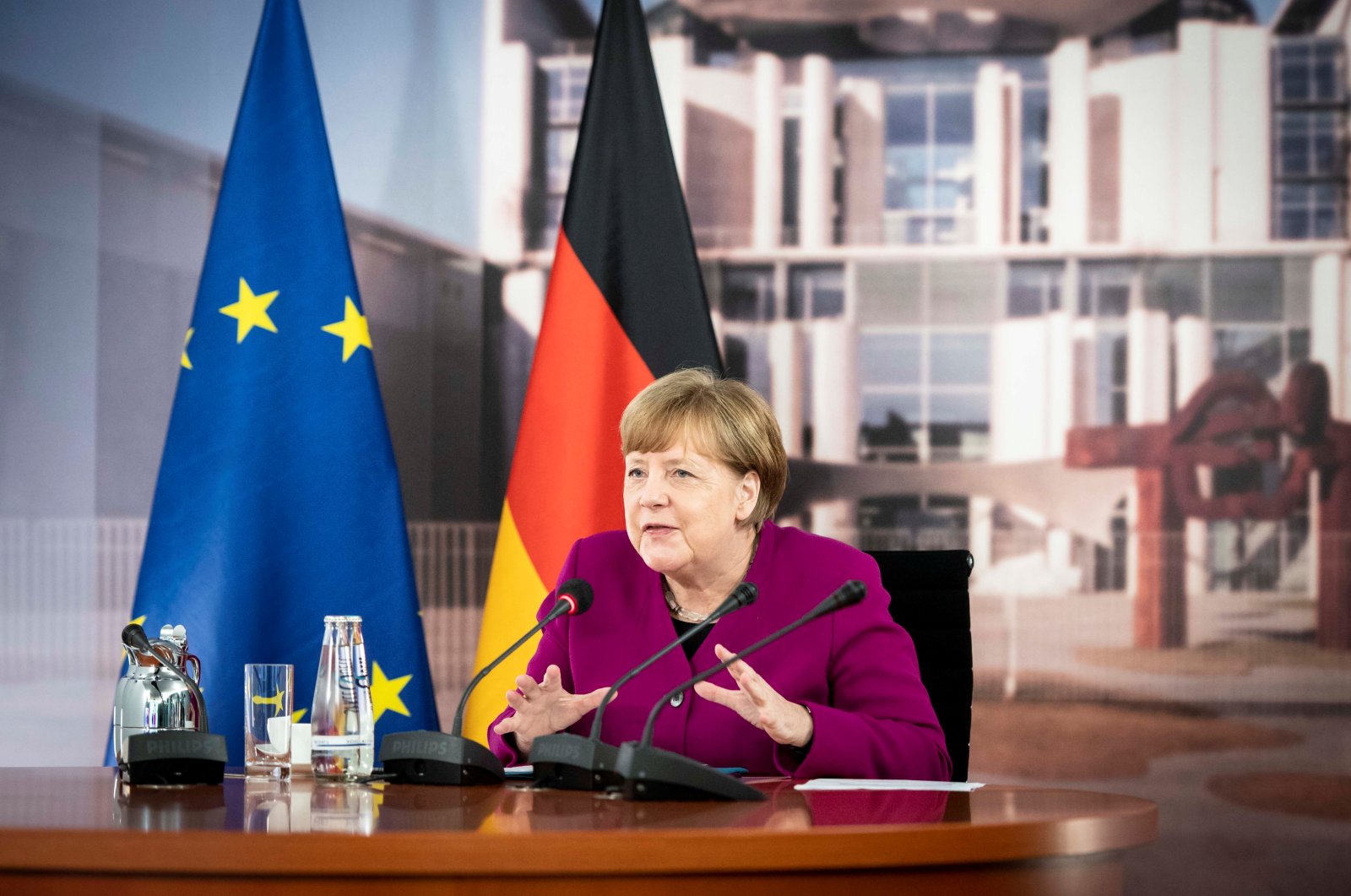 A handout picture shows German Chancellor Angela Merkel talking to French President Emmanuel Macron during a joint video conference in the chancellery in Berlin, May 18, 2020. (REUTERS Photo)
by REUTERS May 18, 2020 8:33 pm

France and Germany agreed on Monday to propose creating a 500 billion euro ($543 billion) Recovery Fund that would offer grants to European member states and regions hit hardest by the new coronavirus crisis.

In what French President Emmanuel Macron said was a "major step forward", the two countries said they were also proposing to allow the European Commission to borrow money on financial markets in the European Union's name, while at the same time respecting EU treaties.

France and Germany had struggled to present a united front in the new coronavirus crisis, with France leading a push by mostly southern European countries to convince fiscally conservative countries like Germany to issue joint European debt to help them weather the economic impact.

But the Franco-German deal unveiled on Monday seeks to break the impasse and act as a blueprint for a wider EU agreement.

Whether fiscal hawks like the Netherlands were willing to back the initiative from Paris and Berlin, which notably propose offering struggling EU countries grants rather than loans, remained unclear.